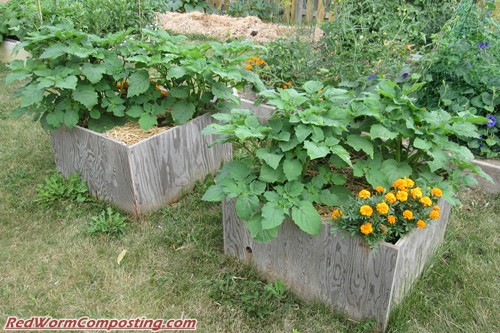 Some of you may recall my attempt to grow Ground Cherries (Physalis sp) last season (see “Ground Cherries“). It was definitely a long shot given how late in the season I got started, but I gave it the ol’ college try anyway! I ended up getting pretty close to having ripe fruit by the end of the season, but the plants were killed by frost before they could provide me with a tasty harvest.

This year I vowed to get the ball rolling a lot earlier, and to really put a serious effort into producing an abundance of these tasty little “cherries” (actually a close relative of tomatoes). Aside from getting the seeds started many weeks prior to my starting point last year, I also decided to give them a lot more room to spread out in. Last year they for forced to grow sad little container (actually the top of one of those enclosed kitty litter boxes – haha), but this year I reserved my big wooden “tomato/potato boxes” (of previous seasons) for them, and have been pampering them all the way along.

I am happy to report that they are well on their way towards producing a crop of ground cherries. As you can see in the picture below, many flowers have already turned into the husks in which the fruit grows – so I’m probably about 2 months ahead of where I was last year! 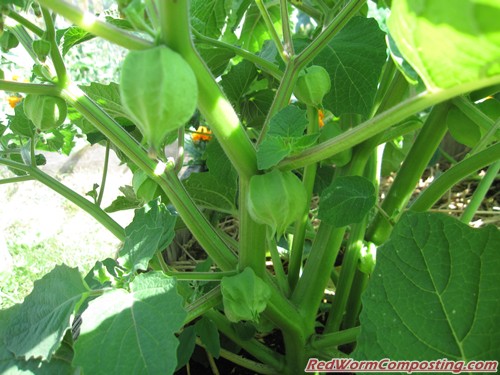 The only thing I’ve given these plants in the way of “fertilizer” is screened vermicompost (one of the boxes has however also received some rock dust as a bit of an experiment), and it really seems to be working well. Can only imagine what would happen if we actually got some rain!
😆
(Ok, ok – I’ll stop complaining about the drought!)