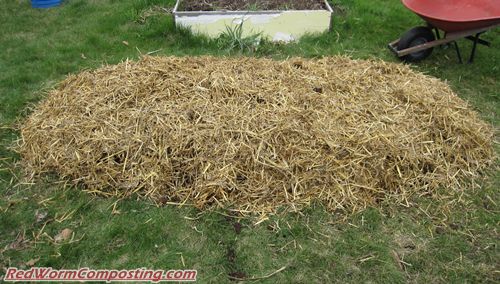 Quick update on the lasagna gardening front. Nothing too earth-shattering to report, but a few bits and pieces for those following along.

I have added some more wormy material to the bed since setting it up – motivated more by the fact that the material needed a home than by a desire to boost my worm population (that’s just an added bonus). Based on my limited explorations with a small hand rake, it does look like there is a decent Red Worm population in there already, but I’ll need to survey more areas of the bed in order to be sure. 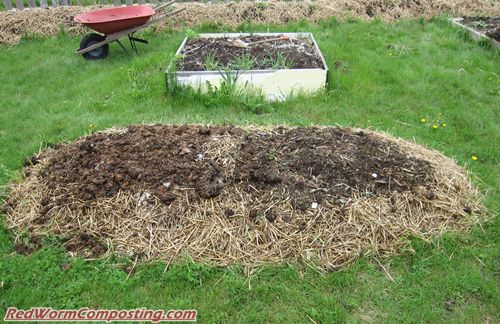 Yesterday I decided to add some more food waste to the bed. I had two bags of aged material ready to be used, and the lasagna bed seemed as good a place to put it as any. Rather than burying the material (which, in hindsight, may have been a better approach), I simply dumped it on top, then started covering it with some rich material from the raised bed that sits next to it. 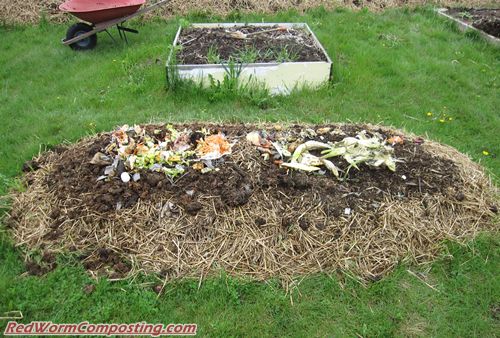 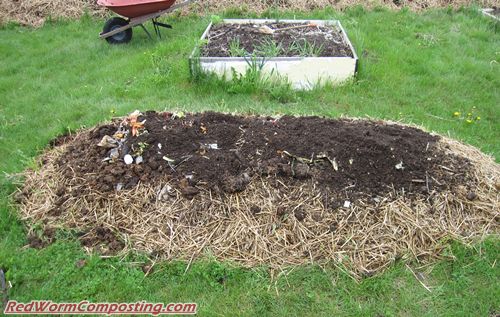 The more of this dark, earthy material (hesitate actually call it “soil”) I added, the more I liked the look of it! In the end I decided to add a nice layer of the stuff over top of the entire bed! I’m sure I’ll end up with another covering of straw before too long, but for now I’m content to keep it looking like more of a “normal” garden (and I’m sure my neighbors won’t mind either – haha!). 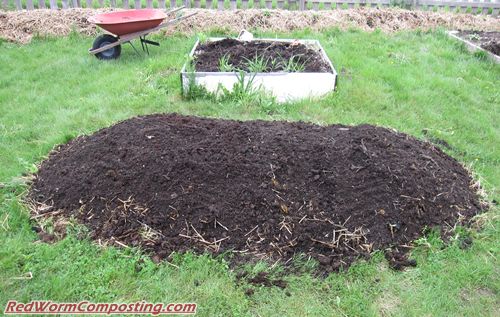 When we recently visited a nursery (mentioned in my last blog post), I grabbed a variety of seeds for this year’s backyard crop-growing extravaganza – including some potential candidates for the lasagna bed. I seem to recall referring to the 2010 growing season as the “year of the tomato” or something like that (as some of you may recall, I ended up with a serious surplus of tomato plants). Well, I think 2011 is destined to become the “year of squash” – and this time I’ll be growing them on purpose – not simply relying on the squash “weeds” that invariably seem to pop up in my beds.

As recommended by two of our readers (who made comments on the last lasagna gardening post), I made sure to grab a packet of “Delicata” (“Sweet Potato”) squash – although I’m not sure I have the right ones. There was mention of a “bush” variety, but the one I have mentions growth on “short vines”. So, I may need to grow these ones elsewhere. I also have “Italian Ribbed” zucchini, “Vegetable Marrow” bush squash, and “Golden Summer Crookneck” squash seeds – so I think it’s just going to be a matter of deciding on two for this bed.

Oh, and just in case you were thinking that I was be a wee bit dramatic with my “year of the squash” claim – I should probably point out that I will also be growing regular zucchinis, “Spagetti” squash, “Sweet Dumpling” squash, and my usual jumbo pumpkin plant! The good news is that I probably won’t need to mow the backyard at all this summer with all those squash plants roaming around! haha!