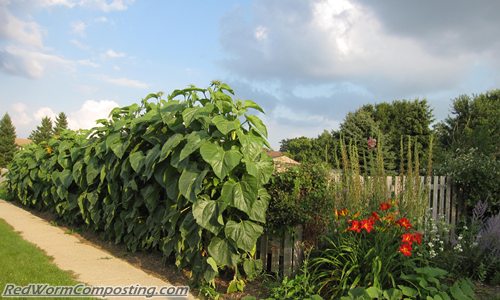 I guess this one kinda falls into the “winter pick-me-up” category, although this is actually something I meant to write about this past summer.

While I’ve certainly come to realize that my “little” property has a lot more potential than I thought when we moved here a little over 5 years ago, there is still no getting around the fact that it is very EXPOSED! The backyard “fence” (if you can even call it that) is 4 feet tall and not even completely filled in with fence boards, and we are on a corner lot so multiple neighbors have little trouble seeing what sort of kooky things Bentley is doing in the middle of the day! lol

Last year I tried growing a row of sunflowers along the back fence-line as a sort of “living fence” (see “Growing Your Own Privacy Fence” on the CompostGuy website), but I ended up somewhat disappointed with the results. Apart from starting the plants later than I should have, I chose a seed mix called “Monet’s Palette” which is better suited for creating a beautiful show (which it did) than a wall of vegetation.

This year I decided to give it another go, but with a different variety of sunflower – appropriately named “Kong”! Most of these were planted just outside of my fence on the sidewalk side (the longest exposed stretch of my yard). This actually used to be a patch of grass, so my first task last spring was to turn it into a garden bed.

I started the sunflowers in small pots, which is a bit of a “no no” since they don’t like to have their roots disturbed. My hope was that the benefits of keeping the plants well protected while very young (a time when they seem to get mauled by all manner of creatures) would outweigh the potential harm that transplanting might cause. What’s funny, and rather ironic, is that a neighborhood chipmunk managed to find the plants on my deck and ended up munching a bunch of them (requiring me to start some more).

Chipmunk maulings aside, I am glad to took that approach since it really did seem to help the plants get off to a good start once they were in the ground! That’s certainly not to say they weren’t attacked though! In all honesty, early on, I really wasn’t all that optimistic that they were going to be successful at all. It took some time for them to get going initially, and plenty of slugs (and I think ants as well) managed to cut lots of holes in the leaves while they were small. I like to think that the scoopful of beautiful vermicompost that went into the bottom of each planting hole made a big difference, but it’s hard to say for sure. 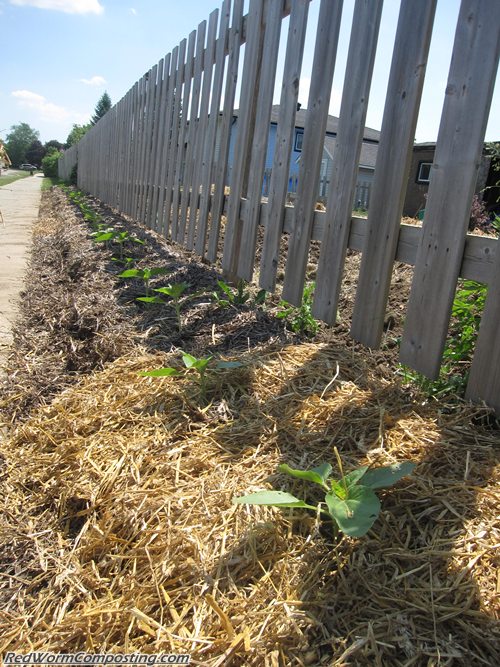 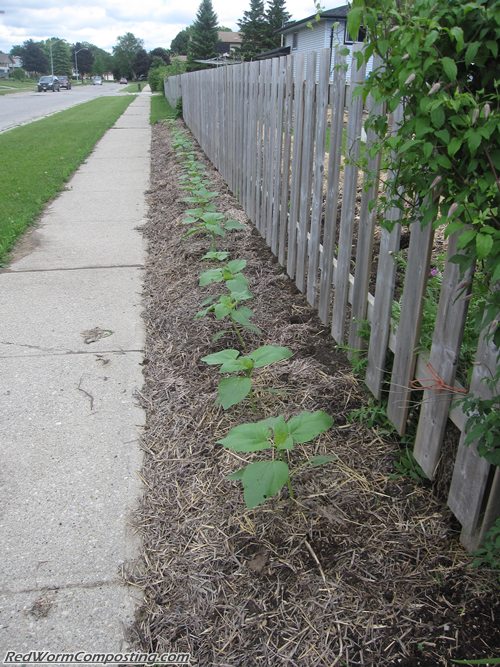 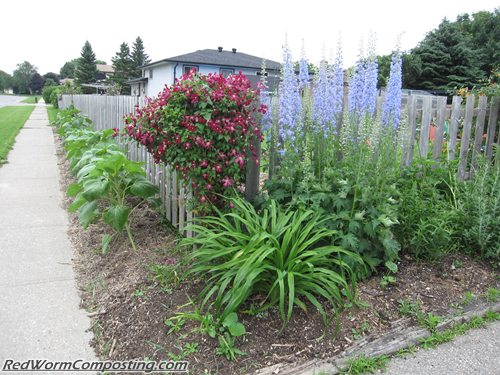 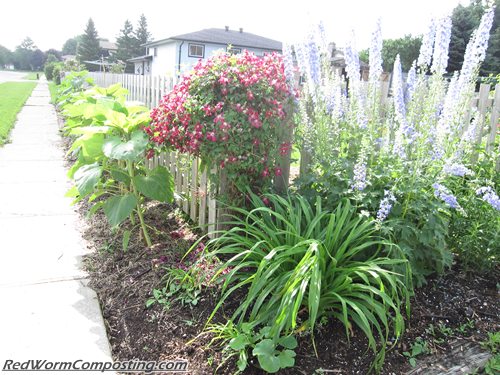 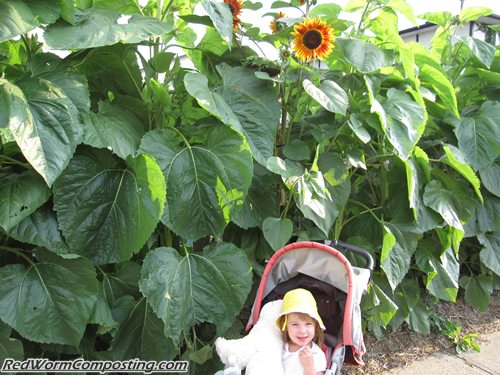 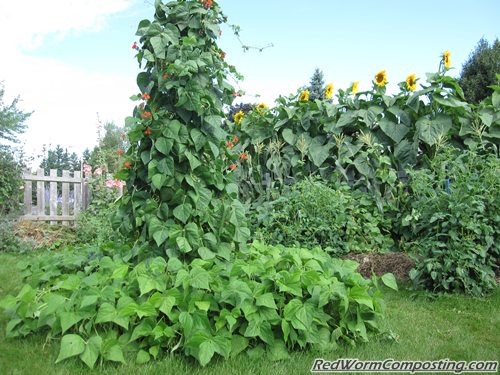 As you can see, the Kong sunflowers ended up turning into an incredible “living fence”! The flowers ended up being quite nice once they emerged, but it was the amazing jurassic vegetation that impressed me the most. Some of the leaves were absolutely MASSIVE!

What’s interesting is that while I certainly enjoyed a LOT more privacy this past summer, I actually ended up talking to more neighbors than ever before due to their interest in the sunflowers. Kinda cool!

Am I planning to grow another row of Kongs next year?
You betcha!
8)