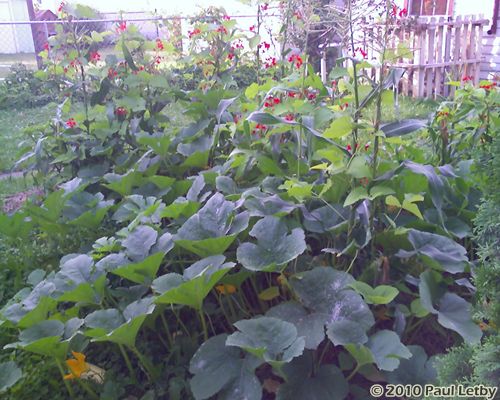 I recently received a quick email update from our Lasagna Gardening correspondent (haha), Paul Letby, and as per usual I asked if he minded me sharing it here on the blog (since I know a lot of people are interested in this approach).

It certainly looks as though things have been coming along nicely!
8) 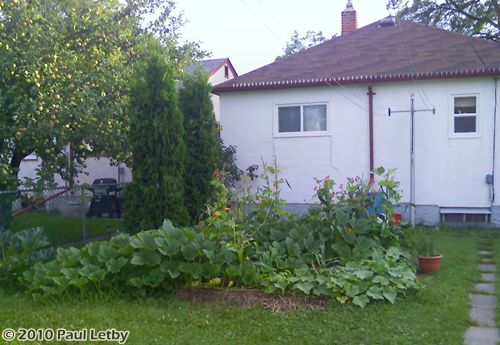 Hey Bentley! I’m just writing a quick note of what’s gone on lately. It’s super hot outside, and I don’t want to heat up the house with the computer.

Checked the garden I seeded with redworms this spring. The tomatoes have fallen over with the weight of the fruit! So there were some bare patches I could access and check on the population. There’s alot more than I added that’s for sure! The first handful of material brought up four or five worms! It’s kind of a where’s Waldo shot though. Can you spot them? They seemed to congregate where I had left them kitchen scraps, and the last time I had access to put that stuff out there was nearly a month ago. I’ll give em a fresh batch… when I can walk outside without cooking in my own juices! I also found the biggest redworm I’ve ever seen, certainly bigger than anything my indoor system produced.

Sorry about the quality of the pics, all I have is my camera-phone. 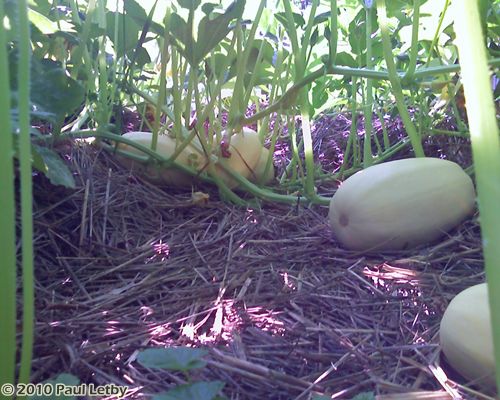 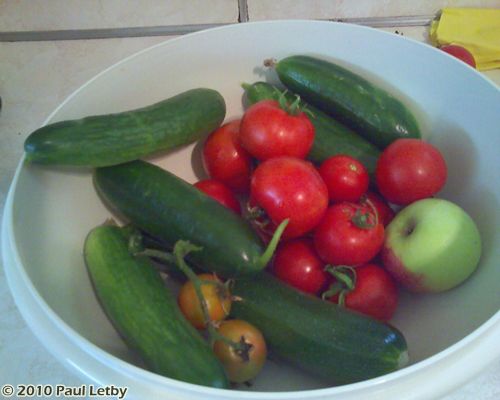 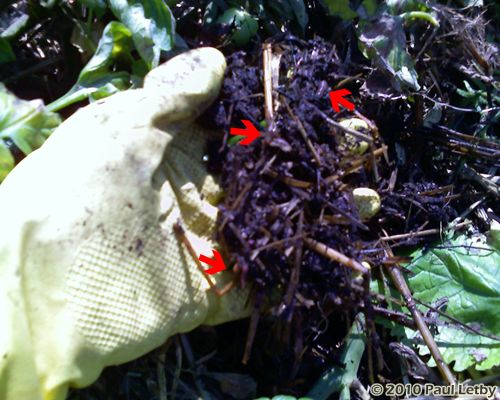 Paul sent me a short follow-up with some additional pictures as well. He mentions a topic I think Larry D has been looking into, so I’ll be interested to get his thoughts on that (Larry – are you out there? haha)

I am adding a few pics from the feeding this morning. Vermi Borscht! There’s some beets in the mix to make it all purple. Do you think this will enhance their colour? My that’s really is vivid. The camera is sensitive to this colour, it wasn’t THAT crazy purple/red!

It was forecast to be hot again today, so I got up early and harvested from the garden, then fed the worms. Sure enough, I get home and it’s 33C and 41C with the humidex. Ack! Corn loves it though. 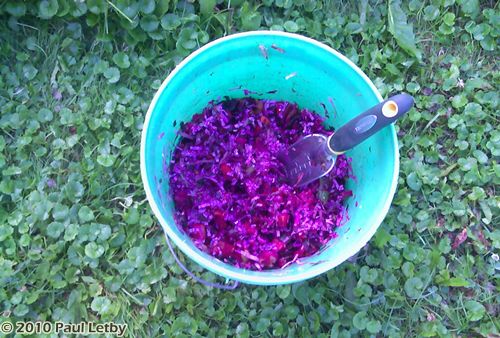 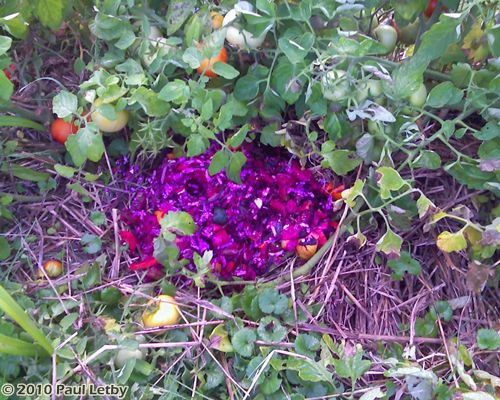 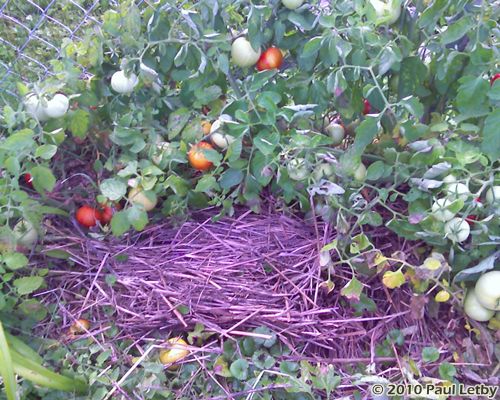