Sounds like some sort of wrestling event, doesn’t it?
😆

After a period of foot dragging, followed by some humming and hawing I decided once and for all, today, that I was going to take down all my tomato buckets, along with one of my hanging tomato planters. They’ve all been on the decline for the past few weeks, and the drought-like conditions as of late certainly haven’t been helping. Even though most of them were still limping along and producing tomatoes, they were looking terrible and just generally becoming a hassle. 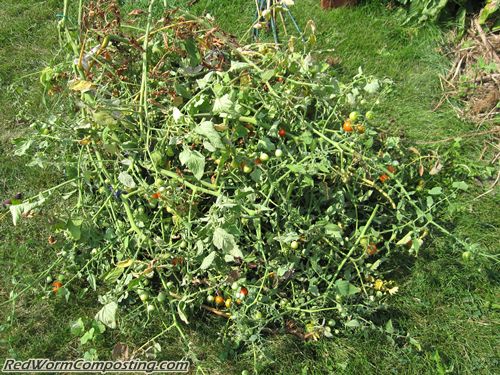 Of course, I certainly wasn’t going to take everything down without having a good look down below! I wasn’t overly optimistic that I’d find thriving Red Worm populations, but figured it would be interesting nevertheless.

I started with the hanging container. Given the small volume, and the poor shape the plant was in, I actually expected to see the lowest number of worms. As it turned out, it probably had more worms than most of the buckets – although, still not what I would consider “a lot”. 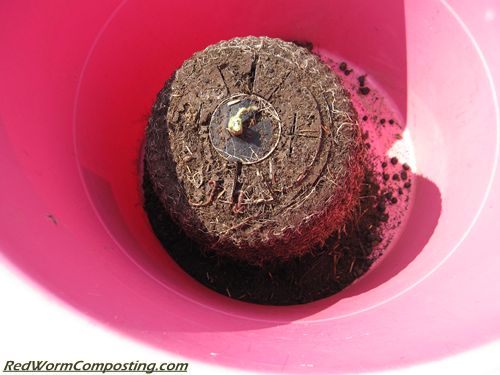 Interestingly enough, it seemed as though most of the worms in this container were concentrated up in the alpaca manure zone at the top (directly under several small burlap bags), and right in the middle where I had also added some burlap in an effort to separate the “black earth” soil (added down in the bottom) from the vermicompost (up top). This burlap layer seems to have retained moisture quite well, and I think that was definitely the key. 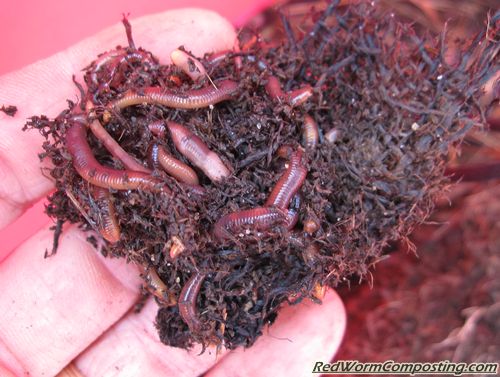 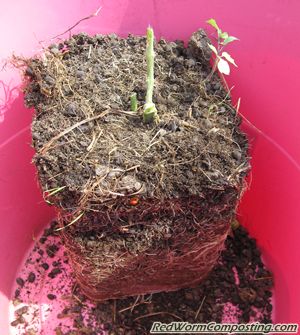 Among all the containers dumped today, there were certainly some consistencies – including some things that help to explain why both plants and worms alike did not do all that well.

For one thing – and there are certainly no surprises here – the tomato roots spread extensively throughout the soil/compost. I don’t think that this alone created major issues for the worms (i.e. I don’t think the roots physically forced the worms out) – I should have a better idea once I clean out my larger box systems – but it is fairly safe to say that all those roots contributed to some very dry conditions in these containers. This was then compounded by the fact that the peat/coir components in the “soil” zones became resistant to re-wetting (ever tried to moisten dry peat moss – can be a royal pain!), which helps to explain why water was pouring so quickly out the bottom of these containers whenever I watered. Also likely helps to explain why I found so few worms in the soil zones. 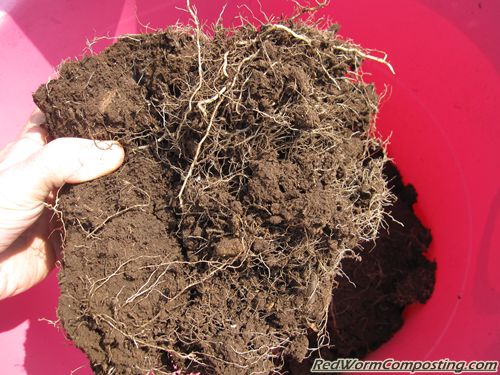 When it comes down to it, I suspect that my Worm Inn tomato garden is simply holding moisture better than these other systems (as are the bigger wooden box systems) and that’s having a major impact on the success of the plants and the worms.

Once I was finished with my root zone examination, I added the materials to various other worm composting bins (including my big wooden bed, pictured below). I’m sure there is still plenty of food/habitat value left in this stuff, and won’t be surprised to find it crawling with worms once it does start to moisten (hopefully we’ll get some rain before October! lol) 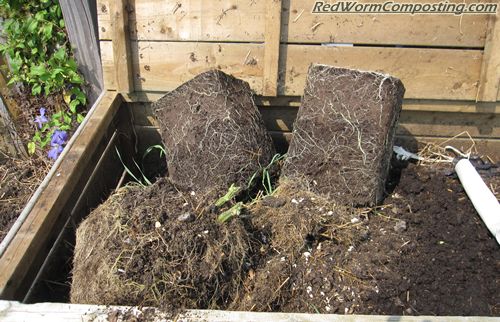