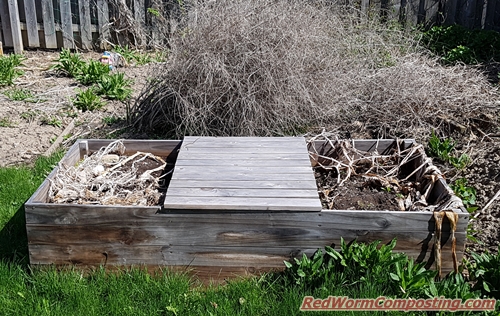 Warm weather has been very slow to arrive this spring, but it is finally feeling like we’re almost into “gardening season” here in Southern Ontario. Yesterday I decided to spend some time with my vermicomposting planter.

First order of business was to clean it up a bit – pull out all the dead plants (along with some dead asparagus folliage in the garden out behind while I was at it! lol).

The structure itself looks to be in decent shape – athough the natural wood stain/preservative seems to have faded quite a lot. 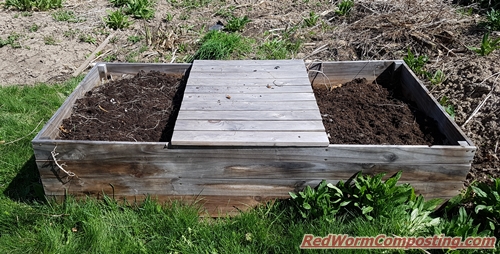 At first glance, the material in the middle (worm) compartment looked quite similar to the soil in the outer compartments. Clearly the worms (and other critters) have just continued to process the organic matter that was in there (albeit rather slowly during the cold months). 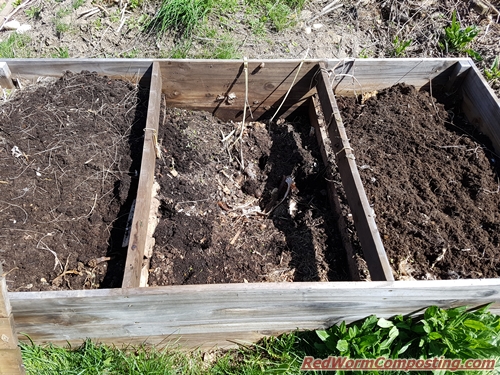 Digging around, I started finding more organic matter, and lots of worms! Although I am not too surprised, it makes me happy to see that the system provided enough winter protection for them.

There even seemed to be some pretty big Red Worms in there – such as this mating pair in the picture below. 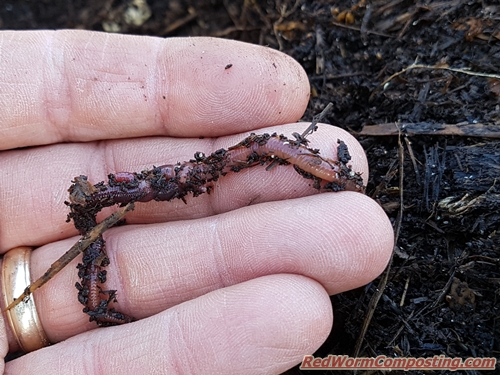 While I was digging around, I remember that my big backyard worm bin was full of decomposing pumpkins and other leftover garden crops – along with quite a lot of cardboard. So, I decided to “harvest” a bin of it to add to the planter. 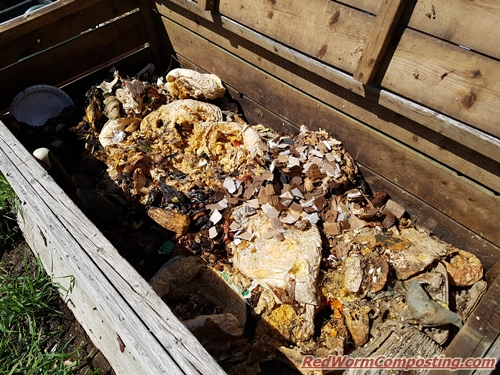 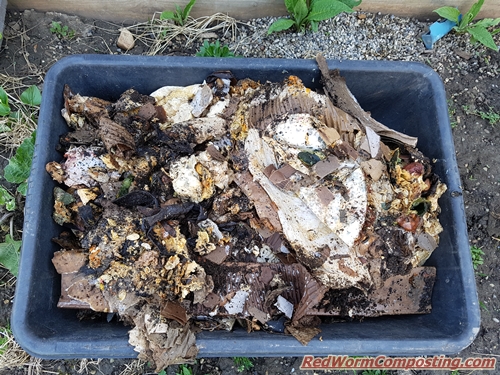 No fancy feeding strategies here. I just dumped it in and then covered it over with some old hay I happened to have sitting in a bag. 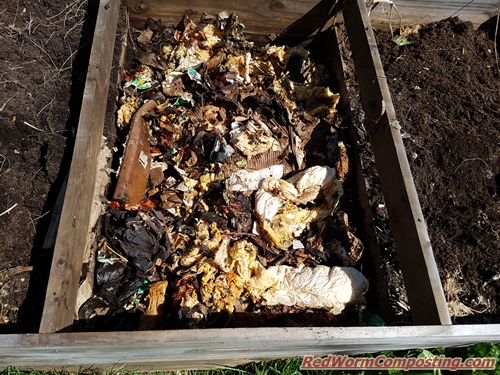 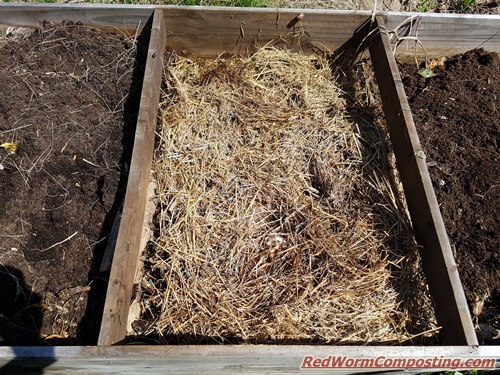 All the carboard I had along the inner walls of the worm zone (to help prevent soil from falling in) seems to be gone, so I may add a couple of smaller pieces up near the top (should be fine lower down).

I will definitely “freshen” up the soil boxes with some new bagged soil and likely some castings before planting anything.

Pretty exciting to actually have the system close to “ready” for the start of the growing season this year (as some of you will recall, I didn’t even build the planter until late July last summer). Should be interesting to see how it performs this time around.

Still not sure what to try growing – but I am definitely open to suggestions! Feel free to share your ideas in the comments section below.
😎