My last Tea Bag Vermicomposting update was in late February. Until yesterday, the system just sat without any additional tea bag deposits.

As you can see in the image below, the worms just continued to process what was in the bin, and the overall level of material dropped down a fair bit. 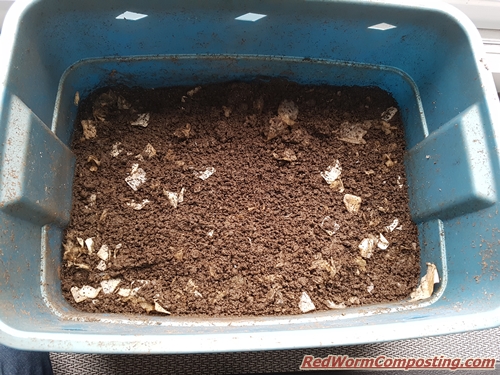 The consistency of the vermicompost was quite “muddy”, but there didn’t seem to be any anaerobic (smelly) zones. The worms are doing “just fine” – nothing earth-shattering by any means. I would say they are fairly small on average, and maybe not as brightly colored as the ones I would see in a mixed-waste system. They are clearly breeding, though – cocoons (and plenty of small worms) were not difficult to find. 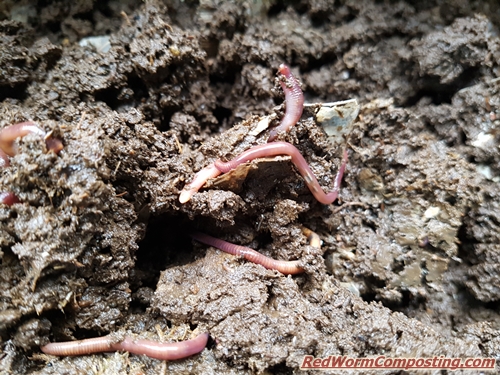 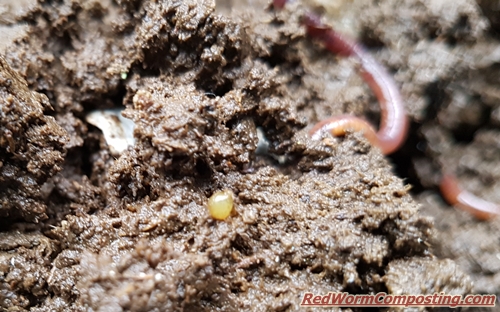 Although nothing like what I saw the last time I (“officially”) checked on the system, there was still a fair amount of unprocessed material, such as string and paper tags to be found, but I am actually quite impressed with how much the worms (and microbes) have converted into vermicompost. 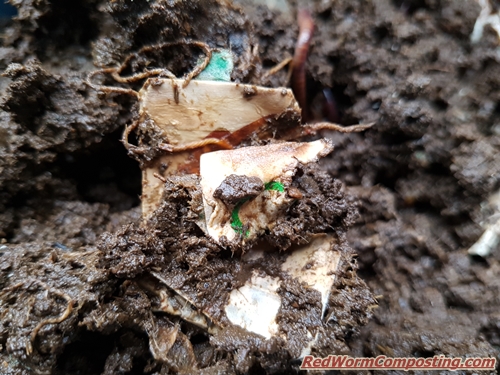 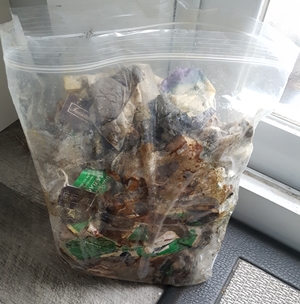 Since the time of the late February deposit I did continue collecting tea bags, and by yesterday I had a big ziplock bag full of them.

Not too surprisingly, there was a lot of mold growth in there, and I’m sure the bags down near the bottom had undergone a fair amount of decomposition.

As touched on previously, I was also adding paper packets that came with the particular kind of green tea I was drinking.

I have now switched over to another type of green tea, and it has neither packets nor string, so I will be very interested to see how much of a difference that makes in terms of “clean” vermicompost production.

Adding my tea bag deposit was as straight-forward as always. I simply pulled most of the material over to one side of the bin, dumped in the contents of the ziplock bag, broke up and spread out the tea bag mix, then moved some processed material back over to the tea bag side. 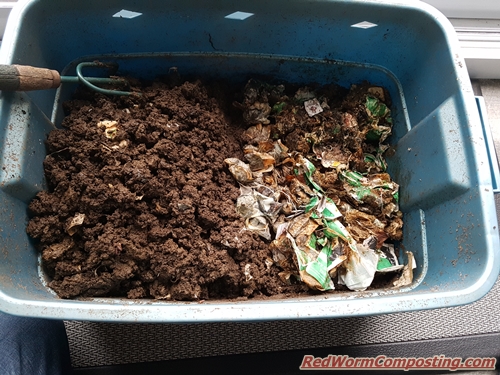 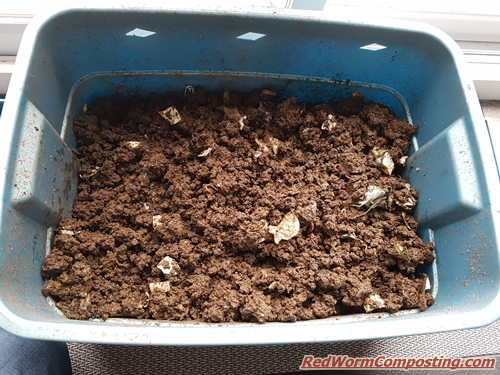 Up until now, I have had a garbage bag over the surface AND a lid on the bin (it has huge air holes – so there is stil plenty of air flow). Moving forward I will be testing out use of just the garbage bag. This should dry out the material a bit more – and maybe even speed up processing (as long as I make sure it doesn’t get too dry). 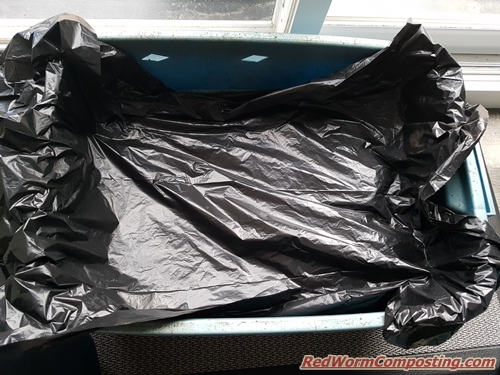 I am looking forward to testing out some of my tea bag vermicompost this growing season!