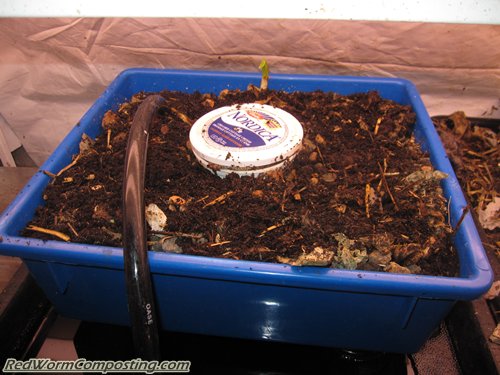 Things have been chugging along nicely in my new mini vermiponics system. Since getting things set up last week, I have started to stock the system with some worms and have added a bit more poultry feed to help get them started.

I’ve also been adding some compost ecosystem material over top of the upper gravel layer so the seeds will have a good zone for germination. This should also help the worms to feel a little more at home as well.

Speaking of seeds, on a recent visit to the grocery store I noticed they were starting to sell seed packets so I decided to grab a few for this system. Their selection was pretty poor, but I think we’ve got a nice little selection for the vermiponics garden. 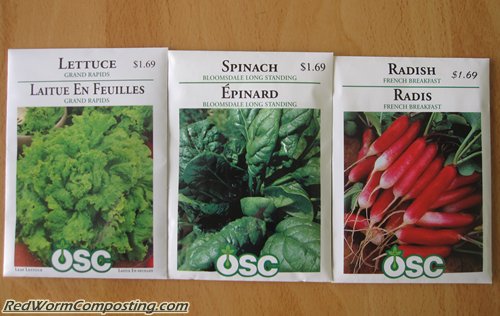 As you can see, I chose lettuce, spinach and radishes. I think these will be fun (and relatively fast) to grow, and will do fairly well in my coolish basement. Planting them simply involved sprinkling the seeds in three different zones of the bed, then covering up with a thin layer of the compost material (which was then moistened with a spray bottle).

I think we’ll see some other plants pop up as well. I noticed that some pepper seeds had germinated in the material I was adding to the bed, and there seemed to be a fair number of the seeds being included in general.

I also saw some germinating garlic cloves so I decided to plant one of these (pictured below) in the bed as well! 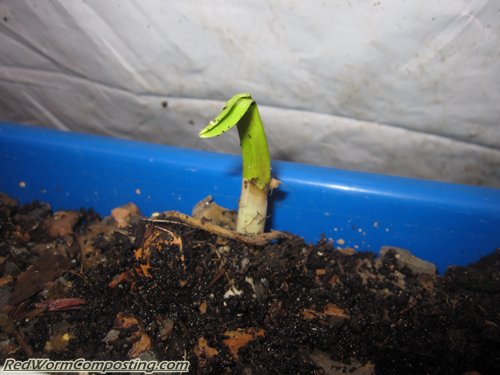 Oh – one other things to mention. I noticed that the water in the reservoir was forming an ugly film on the top (despite the fact that water is constantly cycling through the bed and down into the reservoir) so I decided to add an extra boost of oxygen via an aquarium air pump (with tubing and an air stone).

I must say, this project has me feeling like a little kid again! Oh wait – I kinda feel like that every day! A little kid…in a candy store! Yeah, that’s it!
😆

I can’t wait to see what happens!