Do Earthworms Contribute to Global Warming? 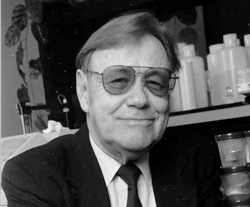 According to Dr. Clive Edwards, the answer is “no” – or at least there simply isn’t enough evidence to suggest that they do.

I can clearly remember back to when I first caught wind of the news stories claiming that vermicomposting was bad for the environment (in summer of 2007). Being the vermicomposting fanatic and advocate that I am, it was like a slap in the face. I immediately felt defensive and angry.
‘How could this possibly be??’
The initial anger gave way to skepticism regarding the validity of the research. All stories pointed back to one source – The Open University, in the UK – and I couldn’t figure out where (if anywhere) the actual research results were published. Surely, with all this media coverage this must have been conducted by eminent scientists and published in a peer-reviewed journal, right?

Despite my feelings of doubt however, I decided to keep a totally open mind (and a closed mouth) until I learned more. I hoped that someone would be able to point me in the direction of the original research, so I made an effort to follow the story (and ensuing dialogue) around the blogosphere but it seemed that everyone was relying solely on the sources found in the popular media.

Well, like all breaking news, the ‘worms are killing the planet’ headlines gradually disappeared, and the entire issue basically slipped off of my radar screen – becoming an unsolved mystery relegated to my mental back burner, where it collected dust with countless other topics that were of interest at one time or another. That is until earlier this week, when I caught a blurb on Twitter containing some VERY intriguing news from vermicomposting professional, Brenda Lotito. It read “Its official! Commentary from Dr. Clive Edwards, Ohio State University..Vermicomposting does NOT harm the environment!”

Needless to say, I immediately contacted Brenda to find out the source of this revelation, and she pointed me in the direction of an article published in the most recent issue (Dec 2008) of BioCycle.

I don’t think I could imagine a more satisfying way to see this ‘mystery’ solved, than to learn that Dr. Edwards (world renowned vermicomposting researcher, email friend and mentor) would be the one to get to the bottom of the issue and come back with such an excellent response.

For those of you unfamiliar with ALL of this – in a nutshell, Dr. Jim Fredrickson from The Open University claimed (in a media interview) that vermicomposting poses a significant global warming threat due to the release of large quantities of nitrous oxide (N2O) gas, which is 20 times more potent as a greenhouse gas than methane, and almost 300 times as potent as CO2 (the gas that gets most of the attention – understandably, since it is by far the biggest threat).

I found the claim particularly interesting since, aside from being a passionate vermicomposter, I was actually involved in research examining greenhouse emissions from composting during my grad school years, and was in close contact with others studying N2O emissions from other natural and human-influenced sources. This is actually a big part of why I wanted get a hold of the literature that backed up the claim – I was curious to see how exactly the Open University researchers conducted their experiments, how the numbers stacked up against other well-known N20 sources (such as soil), and also just generally, how significant all this was in the grand scheme of things.

As it turns out, there was indeed some research officially reported by Dr. Fredrickson (and his colleagues) back in ’03 and ’05, which according to Dr. Edwards had “poor experimental designs, inadequate replication and unsatisfactory control of environmental conditions in the vermicomposting beds” (BioCycle reference listed at end of this post). Apart from the sloppy science involved, Edwards also points out that (according to ‘Trends in Greenhouse Gaseous Emissions’, 2006), ALL forms of composting only contribute 0.5% to the total global greenhouse gas emissions!

One of the major issues with the research, as claimed by Edwards, was the lack consideration given to moisture content, which can be a very important factor affecting N20 emissions.

Another serious flaw came in the form of a claim by Fredrickson (to support his own assertions) that German scientists had discovered that worms were responsible for 1/3 of the N20 released when present in a composting system. As Edwards points out, the studies being referred to were actually examining worms in garden soil systems (small laboratory ones at that) NOT vermicomposting beds!

Edwards finishes the article beautifully by referring to multiple studies that have suggested that worms either do not affect N20 emissions at all, or in fact seem to bring about a decrease in emissions of this greenhouse gas!

Here is a quote from the very end of the article (again, reference to follow) that provides a nice overall assessment of the situation:

“While there will be N20 emissions from all these [composting] sources, there is no justification for suggesting that environmentally-friendly and energy-efficient systems for producing vermicomposts and composts should be restricted because of their potential to produce greenhouse gases. The global production of nitrogenous greenhouse gases in agriculture should be compared from all sources before vermicomposting is publicly condemned in such a sensational way.”

As Homer Simpson would say (and thus at the risk of sounding a tad unprofessional):