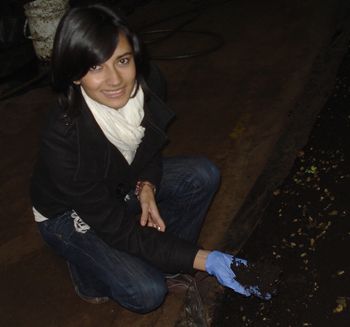 Shortly after the NCSU Worm Farming conference (in May) this year, I received very positive reports on the event from two separate worm-friends. Interestingly enough, both people seemed very impressed with a presentation given by a young entrepreneur from Guatemala named Maria Rodriguez. One of my friends even went so far as to connect me with Maria via email so that I could learn more about what she was doing.

Before I emailed Maria, I decided to learn more about her company, Byoearth, and was further intrigued to say the least. I didn’t waste any time asking if she would be interested in taking part in an RWC interview. Thankfully she accepted!
🙂

Can you tell us about your background, and how you became interested/involved in vermicomposting?

I was 20 years old and ending a career on business administration & tourism in Guatemala City. On a regular day, I received an environmental management course, and as we learned about the different opportunities there are to transform degradable waste, I heard “worms”. It was love at first “heard”, my heart pounded strongly because I had found the answer to my prayers, a unique way to connect my true passions, nature & entrepreneurship. From that day on, all I became interested in was worms and how to develop a professional business plan inspired by vermiculture & vermicomposting to end rural poverty in Guatemala. To do so, I participated and won a national business plan incubator that was promoted by Technoserve and USAID (2006).

Please tell us about ByoEarth. What sort of organization is this, and what sort of projects are you involved in?

Byoearth is a social venture founded in 2007. We are a social business, whose profits are re invested to provide a social benefit, a vermicomposting and vermiculture scalable model for fringe rural / urban areas.
Therefore, Byoearth, is involved in sustainable development projects for Guatemala. One of these projects is based in Guatemala´s City garbage dump area, where more than 2,000 families face a daily struggle to survive with the trash that the city generates. Byoearth partnered with Fundación Junkabal to encourage women of this particular area to learn about vermiculture and the opportunity it brings to become entrepreneurs, provide an economic income to support their families and help the environment. The result has been surprising and we are now making other products out of waste, hand made bags with used plastic bags (for example). The project is called “Fertilize your future” and has been a light at the end of the tunnel for many women.
“Fertilize Your Future” (Abona Tu Futuro), is open to donations, volunteers and new ideas to scale up. The project was one of the presentations given at NC State University 10th annual vermiculture conference.

Vermicomposting has been done in Guatemala for many years in coffee farms. Red worms came to our country approximately 25 years ago. Nevertheless, the industry has grown potentially for many reasons (in my opinion and experience). Most farmers, gardeners and plant growers are used to chemical fertilizers, not only they are available in stores but they expect to see fast results and performance. Another reason is that there is no notion on earth worm husbandry; so many projects tend to fail quickly. Over the past two years, many international and local organizations, given the food crisis we have faced as a country, have realized the important of worms and organic fertilizers so they are becoming more interested to learn more and to practice. The organic movement around the world has also impacted Guatemala and many people now see the value of organic products, urban orchards and many related topics, like vermiculture and vermicomposting. At the same time, it is important to mention that vermiculture with a social impact is really hard to find. Byoearth was born this way and it will continue to promote vermiculture in Guatemala and around the world with a training model that is accessible for the world´s poor.

What are some of the obstacles you’ve faced along the way?

I’m proud to say that I’ve never faced an obstacle that has stopped me from working, spreading my ideas or going forward. Nevertheless, I should mention that one of the obstacles that I’ve been facing along the way (even now a days) is trying to change peoples mindset on two concrete issues: 1. chemical fertilizing 2. recycling degradable waste. These obstacles are very particular but are part of our culture (in most cases), we have been thought to use chemical fertilizers and we haven’t been taught to recycle degradable waste. The interesting thing is that these obstacles become a challenge and to overcome challenges is exciting, especially when I’ve worked so hard to develop a social venture that will help me do so.

I understand you are using coffee pulp as a feedstock in your operation. Can you tell us a bit about this waste material, and how it is prepared (if at all) prior to feeding to the worms? What quantities are you vermicomposting?

I began my production plant in a family owned coffee plantation. 60% of the coffee bean is used as feedstock and each year we process 200 tons of coffee pulp with worms. Coffee pulp is an abundant byproduct in the coffee plantation and needs almost no preparation, since it naturally decomposes. We started using coffee pulp three years ago, and the farm had a big coffee pulp reserve from previous harvests. Over the next few months, we need to find another source of feedstock since our worm population is increasing as we speak and they are demanding more food.

Is there anything else you would like to share with our readers? (future plans, other projects, ideas etc)

I am very excited to continue working with Byoearth that is scaling up organically and would like to welcome any ideas to upgrade production in urban and rural areas.
Also, congratulate your readers that believe in vermiculture and vermicomposting and encourage them to keep taking good care of their worms and to share the good news with their neighbors. We need a worm bin in every house!
Worm regards! 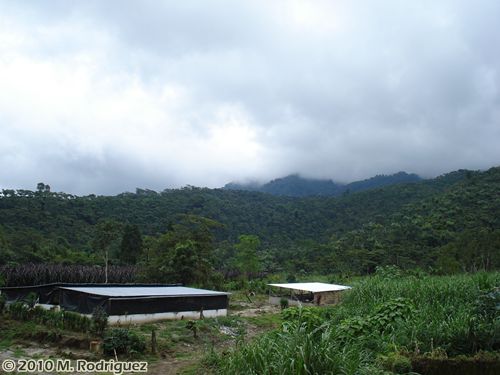 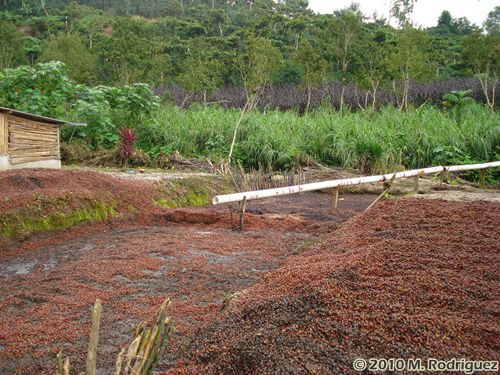 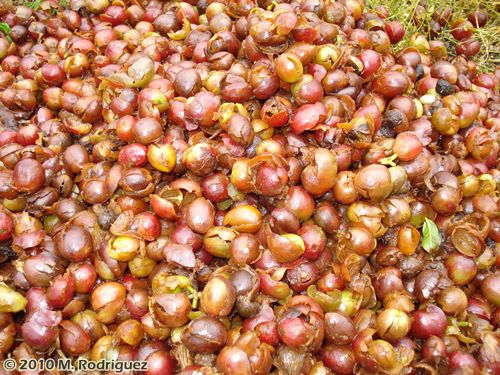 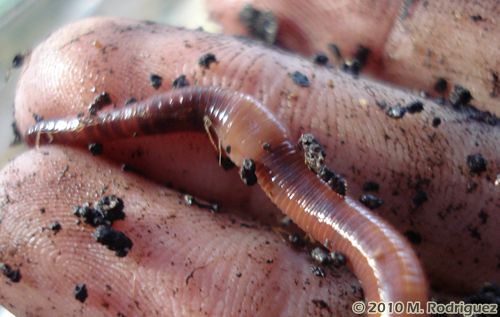 One of Maria’s countless helpers

I’d like to extend my thanks to Maria Rodriguez for taking part in this interview. If you would like to learn more about Maria and her amazing company be sure to visit the Byoearth website.