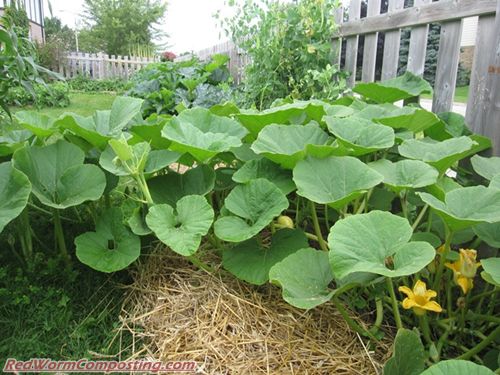 If you’ve followed the blog for a while, or have at least spent some time perusing articles, the term “vermicomposting trench” will more than likely ring a bell. These in-ground vermicomposting systems quite literally opened the door to an entirely new, exciting world of vermicomposting/gardening possibilities for me – and I certainly haven’t been shy about letting people know!

Pretty funny when you consider how it all began…

In late spring of 2008, shortly after starting up my own worm composting business, I decided to get in touch with a popular local restaurant to see if they might be interested in giving me some of their compostable waste materials. As it turned out, the owner was very eager to sit down and chat about the possibilities, since this had been something weighing on his mind for some time. All of their organic wastes had simply been getting tossed in a dumpster up to that point, so he was certainly open to the possibility of exploring some environmentally-friendly (and hopefully less costly) options.

Long-story-short, thanks to a BIG dose of naive excitment on my part, and my ability to convince the owner (and even his rather cynical manager) that I knew what I was doing (haha), I left that meeting having agreed to take the ENTIRE composter-friendly waste stream (fruit & veggie waste, egg shells, and coffee grounds) off their hands – literally hundreds of pounds (and many garbage cans full) of material each week.

Well, for the first couple of weeks it probably didn’t seem like such a big deal. I had lots of “food” for my worm herd, and I was getting lots of exercise outside, hauling bins and chopping up the materials by hand (with a shovel, that is! lol). Gradually my enthusiasm started to wane, however, as it became apparent not only that the project was going to require a HUGE time commitment on my part but, even more importantly, that perhaps my medium-sized suburban property might not be the ideal setting for dealing with all that organic waste. 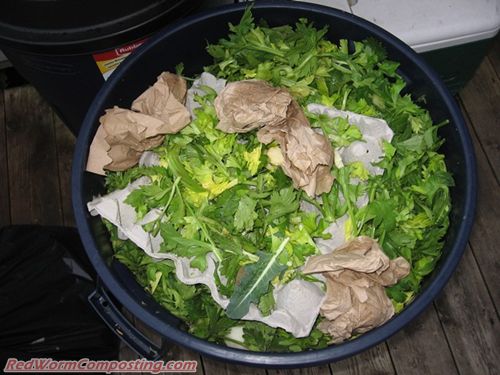 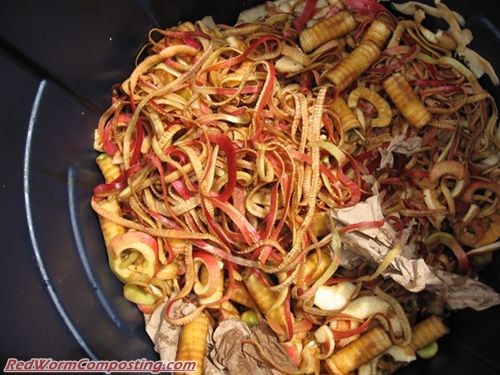 After quickly overloading all my various composting/vermicomposting systems, and then many of my various empty containers, I went into squirrel mode and started digging holes all over my yard so I could bury all evidence of my unbelievable stupidity (haha)! 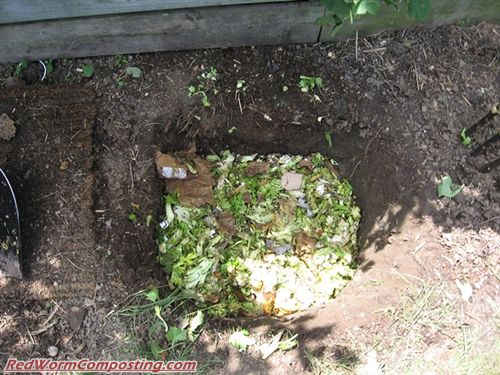 Eventually I even ran out of good spots to dig holes…but still, the wastes kept a comin’!
😆

It literally got to the point where the stench of rotten food waste would hit my nose as soon as I stepped out on my back deck (to this day, I am amazed that I didn’t end up with a single complaint!). I knew that even if I DID pull the plug on the project (increasingly looking like an inevitable outcome), I’d still have to deal with a LOT of rotten material that was only becoming more foul with each passing day. I needed a drastic solution, and I needed it “yesterday”!

That’s when the trench idea popped into my head! I can’t remember for sure, but I would NOT be surprised in the least if my first plan was simply to dig a really deep trench and then bury everything – but regardless, I (thankfully) ended up settling on the idea of setting up the trench like a giant worm bin instead.

The rest, of course, is history!
😎

I certainly won’t claim that my vermi-trenches ended up being the answer to ALL my waste troubles. As it turned out, I did end up having to discontinue my waste pick-ups in early September (only a few months after I began) due to time constraints and cooler weather (thus slower processing speeds). Still, just the fact that I was able to quickly take care of what would have become a much nastier situation, and then to continue on with the project for a few more months is nothing short of a miracle!

This doesn’t even factor in the positive impact the trenches have had on the adjacent garden beds (specifically, the plants growing in them)! I certainly haven’t conducted any rigorous scientific research, but I still think it’s safe to say that the trench systems have had a positive impact on my backyard plant growing efforts! 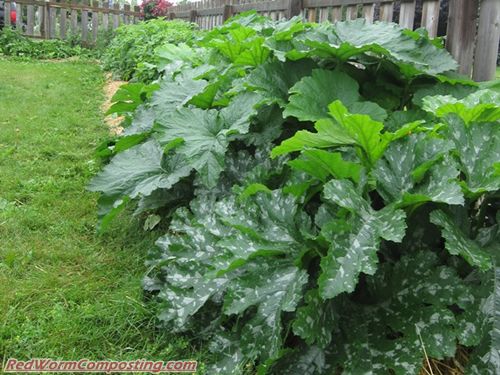 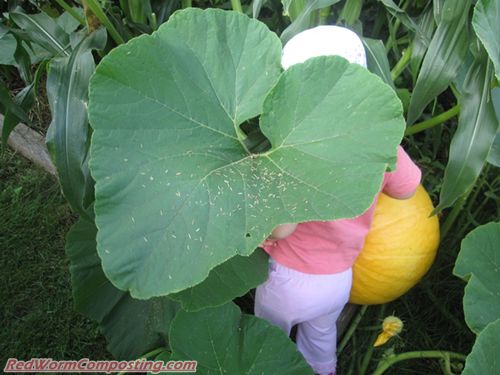 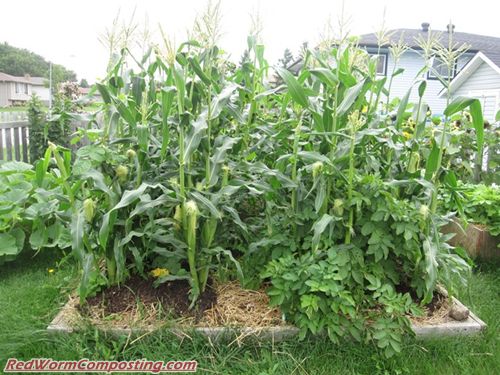 PROS of the Approach

1) Eco-friendly approach for fertilizing your plants while taking care of your organic “wastes”.
2) Can help to reduce the need for summer watering – especially when water-rich food wastes are used.
3) The system is quite well-protected against hot/dry and cold conditions.
4) Once set up it can be used for multiple seasons
5) No need to harvest compost
6) Can be a great way to handle lots of compostable waste materials

CONS of the Approach
1) Labor-intensive when first set up.
2) Not ideal for locations with high water table and/or potential for flooding
3) May not be ideal for locations with REALLY hard clay soils or underlying layers of rock.
4) Extra precautions may be needed in locations where various animals can wreak havoc (moles, rats etc)
5) Certain (non-native) earthworm species may not be appropriate for use in some locations – especially those worms adapted for at least a partial soil habitat.
6) Can sink substantially if you don’t continue to add wastes periodically (better suited as a “continuous” system than a “batch” system).

In case you’re wondering why I don’t really write about my vermicomposting trenches anymore – it’s because they’ve basically filled in permanently and turned into vermicomposting windrows! haha
I am still using them in the exact same manner as before during the growing season (i.e. continuing to add rich organic wastes, and planting crops nearby) – and I’ve continued to be impressed with the results!
8)

To learn more about my adventures with vermicomposting trenches, be sure to check out the list of blog posts I’ve linked to on the “HOT TOPICS” page! **Harness the Power of Worms- Join CGU Today! >>Learn More<<**
Previous Post