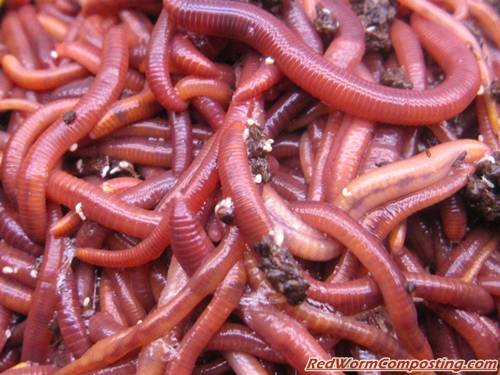 Yesterday I received 4 or 5 e-mails pointing me in the direction of a very cool article about the giant vermicomposting system in operation at the Charlotte Douglas International Airport (thanks again, everyone!). It’s always really exciting to receive news like this – about “real world” initiatives involving vermicomposting – but I was extra-excited in this case since I’ve been wondering what ended up happening with this project.

As some of you may recall, I originally wrote about this in November, 2011 (see “North Carolina Airport to Start Vermicomposting – in a BIG Way!” – but I never heard any more about it. These sorts of things can often get off to a great start on paper (and in early planning sessions etc), but it’s not uncommon for a wrench to end up in the works somewhere down the line – even before anything really gets off the ground (No pun intended! lol).

It’s fantastic to see this one really moving along so well – especially given how large-scale the project is.

Here is a blurb from the article:

In the four months since this operation got under way, trash going from the Charlotte airport to the landfill is down an impressive 70 percent. Recyclables are crushed, baled and sold for cash. There are shirts sorted and laundered and donated, and plastic cups collected. (The shirts come from people who toss clothing when they suddenly discover their suitcases are too heavy.)

The organic stuff — waste from airport restaurants, food scraps off planes, and the half-eaten Cinnabon that a traveler has tossed out — mixes in a big tank for a few days to start the composting process. Then it’s time for the stars of this show to take over.

Be sure to check out the full article here: “One Airport’s Trash Is 2 Million Worms’ Treasure”

Creating a “Happy Place” for Your Worms

Cooking up a Holiday Worm Treat