Some interesting questions from Chad:

I was inspired by your blog to start vermicomposting and have been
doing it for over a year, ever since I DIYed my own flow-through
system.

I have two questions:
How can I create optimal conditions for different situations:

My second question:
my output looks much like traditional compost, kind of a “rich
mixture” of material, but how do I get pure castings? Feed it through
the system again?

Thanks for all your help, and kep up the good work.

Hi Chad,
While there is certainly some overlap, you are correct to assume that there are specific strategies best suited to each of these. Unfortunately, this is one of those topics that could literally be turned into a book, but let me see if I can at least provide you with some guidelines here.

1) Vermiculture – There are a variety of things you can do to encourage worms to reproduce more. Probably the best overall gameplan is to cater to their natural instincts. Remember that these worms are adapted for life in an often-rapidly-changing environment (eg. a small manure heap that can dry out during the summer and freeze solid during the winter), so they tend to respond pretty quickly to various natural cues. For example, if you start with a smaller number of worms in a larger system they are much more likely to increase in number (so as to take advantage of available resources as fast as they can) than if they are in an overcrowded system.

Changes in temperature and moisture content can also have an impact on reproduction. Not too surprisingly (when considering their natural environment), Red Worms tend to reproduce more at cooler temperatures. This makes sense since it’s an effective strategy for ensuring that there are more cocoons as winter approaches (they are better adapted for the cold than the worms themselves), and a rapid recolonization of the habitat as things warm up in the spring. Similarly, as Red Worm habitat dries out there will be a greater tendency for the worms to drop cocoons since this will help to ensure the survival of the population – even if the worms end up dying, it’s likely that many of the cocoons will still hatch out once conditions become more favorable.

One other strategy I’ve found to work well for encouraging the release of cocoons is adding certain type of materials to your worm bin/bed. A prime example – and one that will be very applicable for most home vermicomposters – is the use of lots of shredded cardboard and/or other paper products as bedding materials. There is actual academic research that has demonstrated this (unfortunately, I don’t have time to track down the reference), and even a small study of my own (while a university student) seemed to support this. Off hand, I can’t remember the exact figures, but as I recall we found something like double the number of cocoons in a bin containing paper pulp as the primary bedding as we did in the next closest treatment (which was aged manure I believe). Other materials, such as burlap, seem to encourage cocoon dropping as well – some believe (in both these cases) that this has something to do with providing the worms with a physical structure that can help them get their clitellar band (which becomes the cocoon) off.

Before moving on, it’s important to point out that there is a big difference between getting your worm to reproduce and lay loads of cocoons, and ending up with a large, thriving worm population. Don’t forget that once you DO have an abundance of cocoons you should create an environment that’s optimized for worm hatching and growth (good moisture content, warm temperatures, food source etc)! 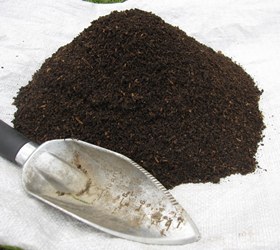 2) Vermicomposting – if your aim is primarily to process lots of waste materials, having lots of worms right off the bat will certainly be a good start. You will also want to work hard to maintain optimal conditions for the worms, and for the processing of the materials in general. Open – or at least, very well ventilated systems are a must since everything will slow down a great deal as oxygen levels drop. Similarly, you’ll need to maintain warm (but not overly “hot” temperatures) – ideally somewhere between 70 and 86F (~21 and 30C). Cooler temps will also greatly slow down the vermicomposting process.

Moisture content of the waste materials – while certainly important for the health of the worms – will need to be kept in check since a wet environment will have a far greater tendency to become anaerobic. It’s also extremely important for the waste materials to be “optimized” for rapid microbial colonization and/or consumption by the worms. Bulky, resistant materials should be chopped up as much as possible, and fresh manures should be precomposted (and potentially broken down further if overly bulky). Ideally, your waste mix should also have a C:N in the vicinity of 25:1.

If you want to produce consistent, high quality castings (to sell, for example) – naturally, you will want to keep the process (temp, moisture, oxygen levels, system used etc etc) and feedstock as consistent as possible. 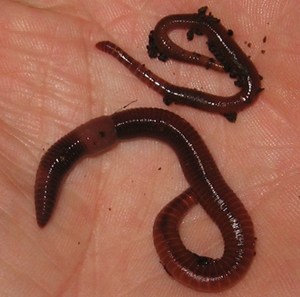 3) Growing Big Worms – there are several important factors to keep in mind here: 1) worm density, 2) moisture content, and 3) overall nutrition. When there are fewer worms in a given system (i.e. less competition for resources), the worms will have the tendency to get bigger, so one simple strategy is to keep moving worms from your main beds into new beds (with lower worm densities) as they become mature. Of course, this won’t really help all that much if the new systems are very dry and/or don’t contain rich food materials.

Worms are basically just bags of water, so one easy way to keep them looking “juicy” is to make sure they are living in a fairly moist environment – since we’re way more concerned about their size than the speed at which they are consuming their food, it won’t be quite so important to keep things as well oxygenated as in the waste-processing (castings-producing) systems. Of course, that’s definitely not to say you should let their habitat become foul and anaerobic.

N-rich foods such as farmyard manure, and/or specialized feeds like “worm chow” (yes, it does indeed exist) are great for helping you grow larger worms. Seasoned worm farming pros even have their own “secret formulas” for creating the “perfect” food mix – but getting them to share them with you might take some convincing!
😉

One other quick thing to mention about worm food – there have been studies to show that particle size can have a significant impact on worm growth – with smaller particle size having been found to be much more beneficial than larger particle size. This is certainly something worth keeping in mind – but, as always, make sure you keep the important principles of vermicomposting (namely those relating to worm health) in mind as well! Too much nitrogen (low C:N) can result in the release of ammonia gas, which is very toxic to worms at low concentrations. Materials that are too finely ground up can result in a lack of air flow, which leads to a variety of problems.

As for your second question…

In all honesty, achieving 100% pure castings is pretty darn difficult – since you would have to make sure that every single particle of material has passed through a worm. This is simply NOT going to happen in most cases, especially if you are using a somewhat heterogeneous food mix. Letting the material run through your beds a couple of times would certainly help, as would screening – but you should almost always expect to have at least a small percentage of “other” – non-worm-poop – materials in your finished product. This is why it’s actually a bit more accurate to use the term “vermicompost” rather than “worm castings” (but don’t feel bad – I use them interchangeably, as do many others).