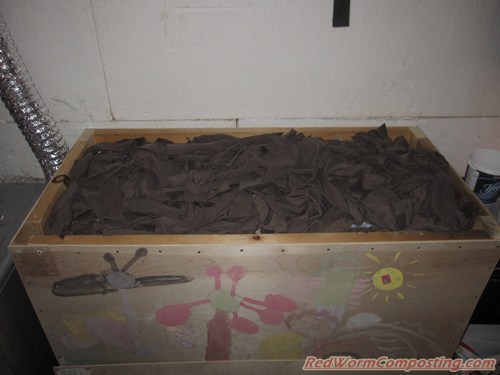 Back in December of 2012, I wrote about adding a ripped up sheet to my VB48. Not surprisingly, I basically forgot about doing so…at least until quite recently.

Earlier this week I decided it was finally time to remove the last of the left-over material in the bottom of the VB48 (will be writing a separate post about that). As you may recall, I removed (and screened) most of the vermicompost from the system earlier in the spring – and have been putting it to good use out in the garden – but I ended up leaving the lowermost layer of compacted material intact.

While removing the material I came across a fuzzy mass with a tag attached. I have found some of these before – but was never sure what they were from, since I’ve added various cloths, and even some wool to the system as well.

Thanks to the tag, I know for sure that this was originally part of that sheet. 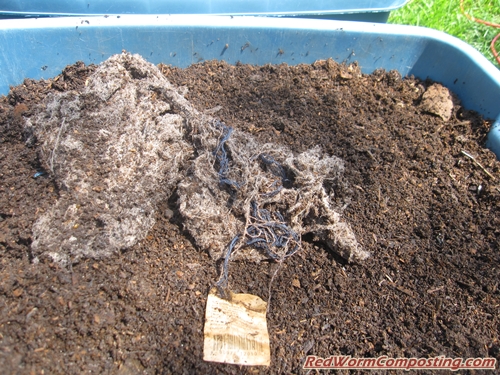 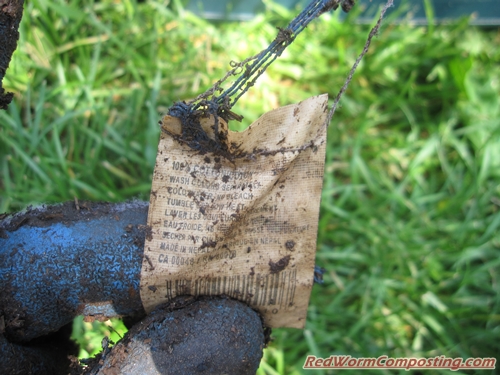 Gives a whole new meaning to the term “threadbare”! lol

No too surprisingly, the worms seem to like living in the fuzzy stuff. Reminds me of my experiments with “Natura Eco Cloths“. 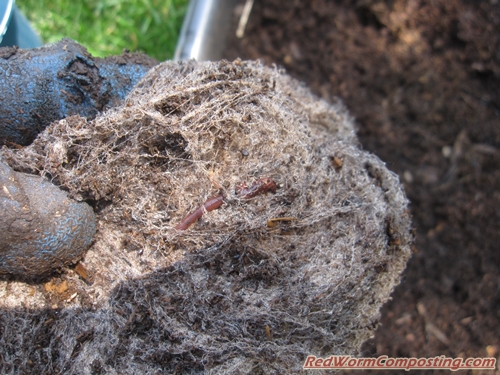 This makes me want to set up a vermicomposting system with ripped up (cotton) clothing as bedding. I think it could work really well!
😎