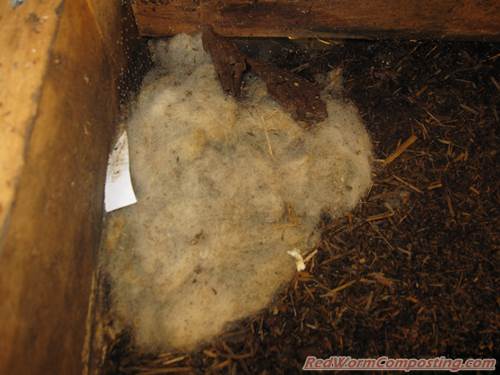 I just happened to be harvesting the bin I put my little ball of wool into (then promptly forgot about) the other day, and was amazed by how decomposed it has become.

As you may recall from my last update, early on the material didn’t seem to be breaking down at all. Nor did the worms seem particularly interested in it.

While I still did not find concentrations of worms in and around the material this time, it certainly looks like they’ve been working on it. Whereas before it was like a full-bodied, fuzzy mass (see above), now it is fragmented a LOT more and mixed with lots of vermicompost/habitat material. 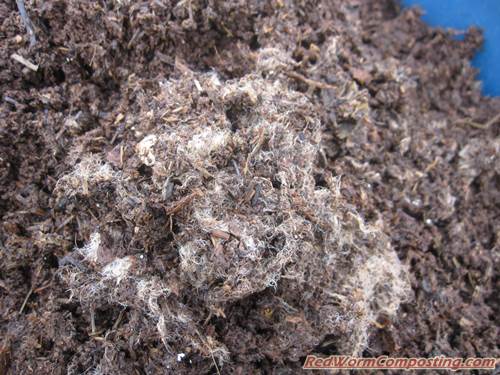 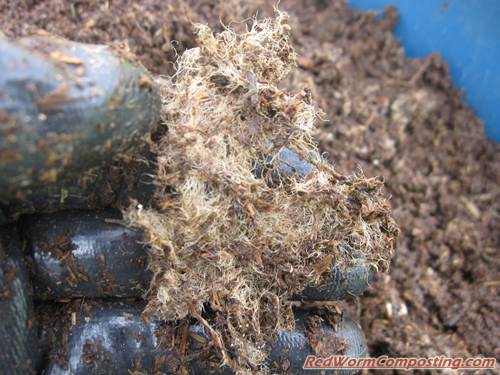 There does seem to be some sort of white fungus colonizing it as well (tried to capture a nice image but was unsuccessful) so that may help to explain the acceleration of degradation since the last time I checked on it.

I definitely think there is some real potential for composting/vermicomposting wool – and likely in a manner much more effective than I’ve demonstrated here.

Hopefully I can get my grubby little hands on some more of it so I can do some other experiments!