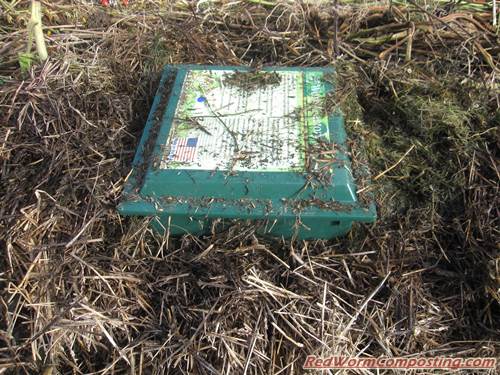 I decided to check on my “worm traps” this morning. I wasn’t really sure what to expect since early checks didn’t seem too promising (didn’t find many worms).

I must say I was pleasantly surprised by the concentration of worms in all three traps when I dumped them out today! Two of the three had high concentrations of worms in the material directly below the trap as well. This was in line with an observation shared by someone in the comments section of my first “trap” post. As I mentioned to them (in my response), I think this could offer some potential as a means of concentrating worms in general (more on that in a minute). 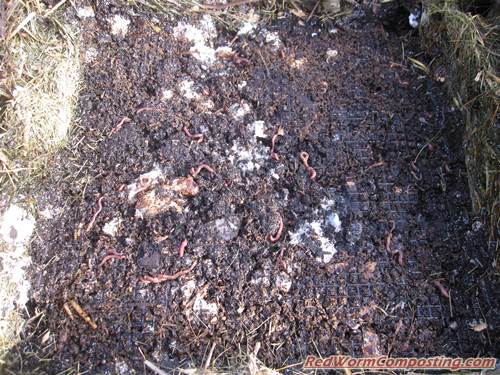 The highest concentration of worms (which actually included quite a few Euros as well) was definitely found in the trap sitting in front of the backyard composter (loads in the material directly below as well). I can’t say I am too surprised by this, for a couple of reasons. Firstly, there is a large population of composting worms in that composter, so any tempting food materials sitting in close proximity are likely to get colonized pretty quickly. Secondly, the bed the trap was sitting in had quite a few worms in it as well – but habitat quality had declined seriously over the summer (had beans growing in the bed so it ended up pretty dry). The wet material in the trap was probably like a magnet for a lot of those suffering worms. 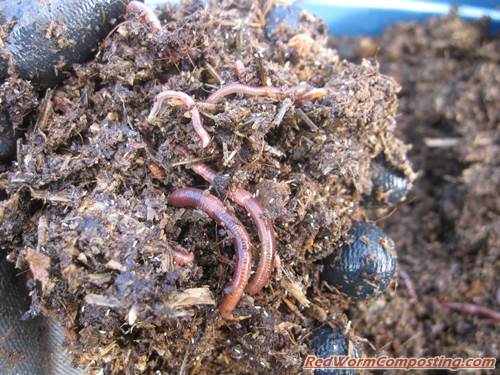 In some ways I kinda lucked out with the weather over the past few days. We received a lot of rain! Interestingly enough, I’d say that the two open traps ended up with more worms than the one with the lid on it – and perhaps this is why (material wasn’t as wet in the enclosed trap).

I think there is definitely some potential for improving the worm harvest even more. I bet if I included some soaked newsprint strips, along with a water-rich food waste – and maybe some nice aged horse manure, the worms would be moving in like crazy!

As alluded to earlier, I also think there is some potential for concentrating worms underneath some sort of object or cover. I have definitely observed a lot of worms congregating under wet sheets of newsprint that sometimes end up in my beds. I’d like to try this approach with some added food waste as well – and maybe compare with a zone that only receives the food waste (no cover).