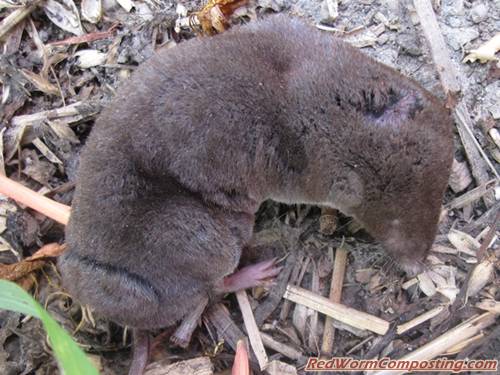 Writing this post kinda makes me feel like I’m in “Back to the Future” (or “Twelve Monkeys”) since it’s intended to support a “WORM BRIEF” (a new feature of the RWC newsletter) that doesn’t yet exist – at least not as I’m typing this!

Anyway…as you can see, I want to tell you a little about a critter called the “Northern Short-Tailed Shrew”. Up in my “neck of the woods” (a.k.a northeastern North America), this is a pretty common little mammal – I was actually tempted to call it a “rodent”, but as I discovered (thanks to good ol’ Wikipedia), rodents are a different Order (Rodentia) from moles and shrews (Soricomorpha). This shrew is primarily carnivorous, feeding on insects, mollusks, and…DUHN DUHN DUHN…EARTHWORMS, among other things. There’s actually a pretty crazy list of rather unexpected food organisms on the Northern Short-Tailed Shrew Wikipedia page (voles? other shrews? mice? Yikes!).

These little blaggards (and I mean that in the nicest possible way) have become a bit of a nuisance in my outdoor beds in recent years. I initially thought I had field mice, or some other small rodent, simply making nests (no harm, no foul) – but then I found one that had been attacked by a neighborhood cat (poor little fella pictured above).

Speaking of the neighborhood cats – every summer, my backyard seems to become something of a hot spot for local, semi-feral felines. You can’t blame them, really! It’s nice and sheltered back there, I don’t own a dog, there’s usually have a nice growth of catnip (on vermi-steroids), and of course, there’s even some wild game for them to hunt! lol

I captured one of these patient pusses on film a couple of summers ago – check out that poise and FOCUS! 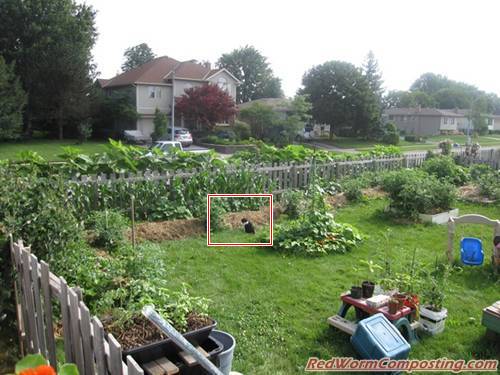 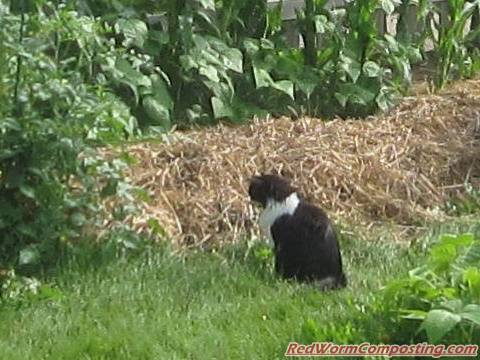 Thankfully, the shrews don’t seem to be putting a serious dent in my outdoor worm herd. I’ve heard some horror stories from worm farmers who have dealt with moles, and my impression is that they (shrews) aren’t nearly as bad – even if they CAN (according to Wikipedia) eat up to 3 TIMES THEIR OWN WEIGHT per day!