It’s been a couple of weeks since my last update. My last feeding was 1.039 kg (2.29 lb) of relatively fresh (but chopped-up) kitchen wastes. The worms have done very well with this food, so I certainly had no qualms about adding even more today – 1.91 kg (4.21 lb), to be exact.

The difference this time around was that I froze these wastes – twice in fact! I was originally planning to add more material late last week – the day after my last WF-360 update – but when that didn’t happen, I decided I should probably toss it back in the freezer so I didn’t end up with a foul mess by the time I did use them (they were just sitting in a plastic bag, with no bedding materials).

As it turns out, they were pretty funky by today anyway (after sitting out since Sunday)! So ripe in fact, that I decided to give them a good rinse with fresh water, in an effort to remove any foul liquids that might harm the worms. 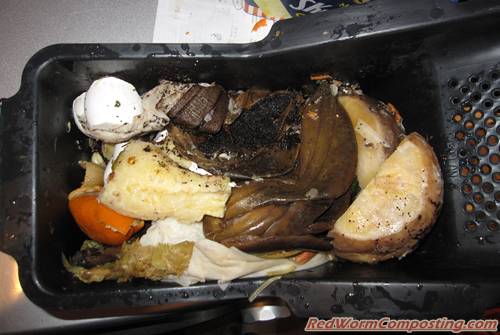 Rather than trying to cut everything up in my plastic weigh boat (actually the worm tea collector for the WF-360), I dumped the material in a bucket and really went to town on it with a hand trowel (along with my heavy duty scissors). 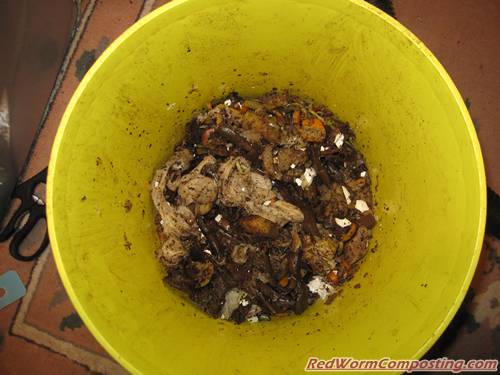 Still feeling a little uneasy about dumping the slop directly onto the main worm zone in the system, I decided to lay down a folded piece of newsprint over top of the upper bedding materials. This should help to soak up excess moisture, and allow the wastes to break down further in an environment with lots of air flow – likely rendering them worm-friendly fairly quickly. 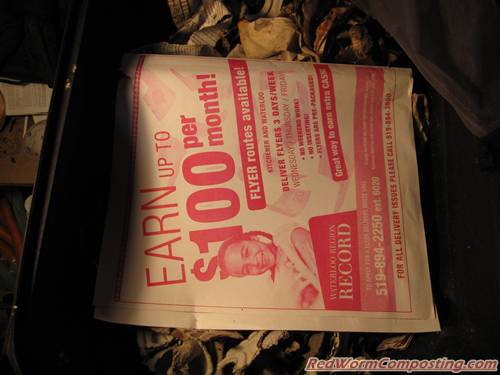 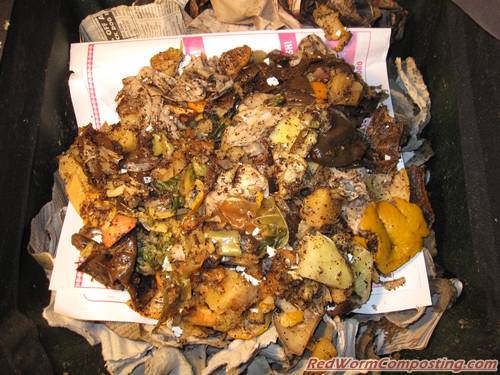 Once the waste had been added, I simply added a thick layer of new bedding before zipping the lid closed. 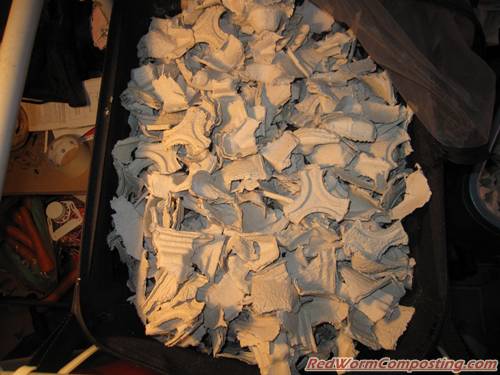 I will check on the situation in a few days and – if it seems like most of the bad odor is gone- will likely pull the newsprint off to the side (maybe use it as my uppermost bedding layer) so the worms can more easily access the scraps.

It will be interesting to see how quickly these wastes are processed in comparison to the fairly fresh material!
8)