Yesterday I decided to harvest vermicompost from my WF-360 (so I am now back to one tray). It probably seems like I’ve been neglecting the bin for a while now – and it’s true, I have. But there’s more to it than simply being occupied with other things. Rather than continuing to provide the worms with lots of rich food waste, I decided to let them go hungry for a bit so they would convert more of the bedding material into vermicompost. Judging by the look of the material in the lowermost tray (i.e. the stuff I harvested), I’d say the strategy worked quite well.

Truth be told, I hadn’t even considered harvesting this early due to the fact that I was only on the second tray. In my mind it made sense to keep moving upwards with new trays until the very last tray (4th in my case) was full. An e-mail exchange with Kate (from Nature’s Footprint) reminded me of the fact that it’s the time (passed since starting the bin) that’s probably a more important consideration than the number of active trays.

Kate also shared with me a very cool (and easy) approach for harvesting the vermicompost without losing lots of worms (one of my other concerns had been the fact that most of the worms were still in the lowermost tray). It’s similar to my own “turbo light harvesting method“, but rather than ending up with a gob-o-worms down at the bottom of a harvesting tub, you’re using two Worm Factory trays – driving all the worms from the upper down to the lower tray.

My first step was to create a new “bottom tray” (which, as touched on earlier, is now my only tray). This involved lining one of my unused trays with newsprint, and then simply transferring to it all the material from my second tray. 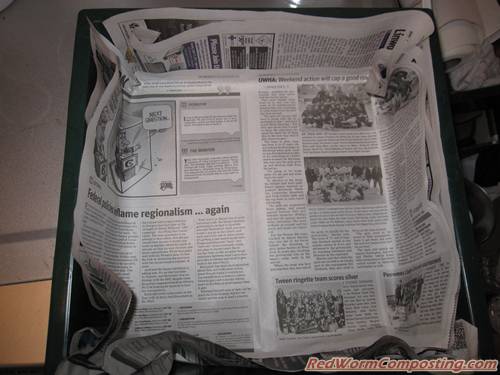 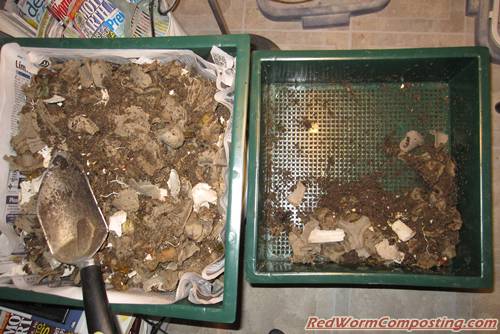 Once all the material was transferred from tray #2, I placed my new “bottom tray” underneath the tray I wanted to harvest vermicompost from (the original “bottom tray” – confused yet? lol). At this point I had the system sitting underneath a bright lamp so as to drive the worms downwards.

Before removing any material I loosened it up quite a bit with my trusty hand fork. The disturbance, combined with the increased light penetration helped to get the worms moving down. After leaving everything to sit for a little while I started slowly scraping off the upper layers of vermicompost and then loosening more material down below. 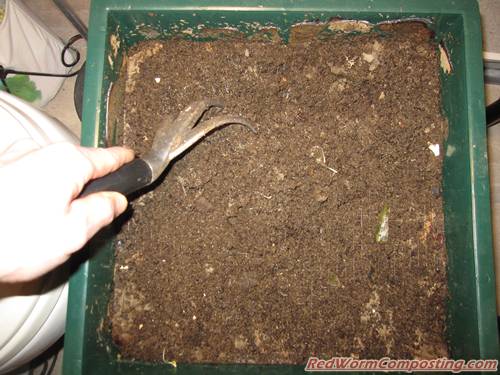 There was still some intact bedding in the tray – primarily the remains of the newsprint around the sides and at the bottom. I ended up removing most of this and transferring it to my Worm Inn system since there were quite a few worms living in it, and (obviously) it wasn’t yet “finished”.

I ended up finding some pretty serious concentrations of worms in places – typically associated with the remaining bedding. 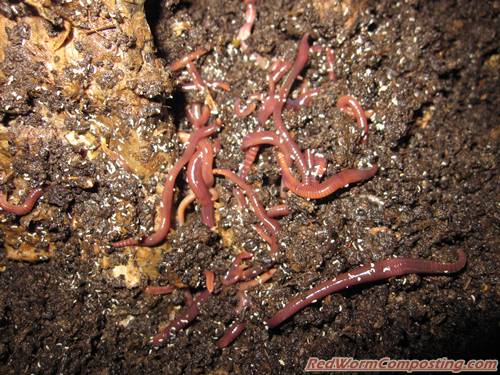 All in all, I was really impressed with the look of the vermicompost I removed, and the ease with which I was able to drive the worms into the tray below! Apart from a few stragglers congregated along the sides (where there are no grate holes), the vast majority of them seemed to head right down even before the light hit them. 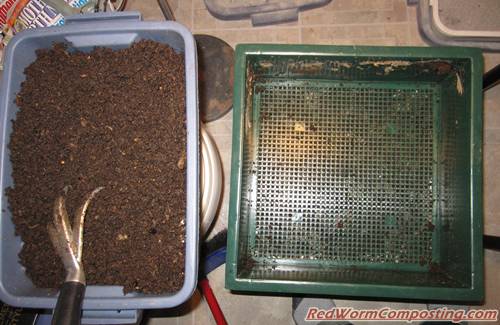 After all the vermicompost had been removed, I took off the harvesting tray and provided the worms with a long-overdue meal of peeled carrots. Inspired by a recent “Worm Brief”, I also added some rich “living material” (which actually contained loads of tiny worms) from another bin. As per usual, I topped everything with a layer of shredded cardboard before putting the lid back on. 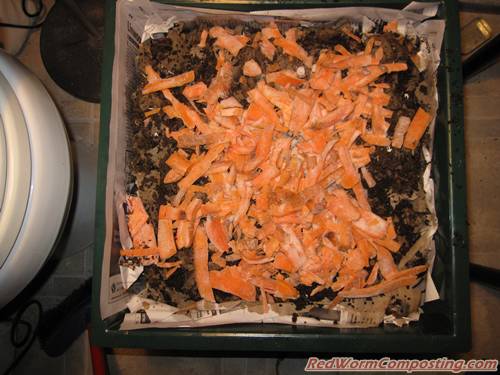 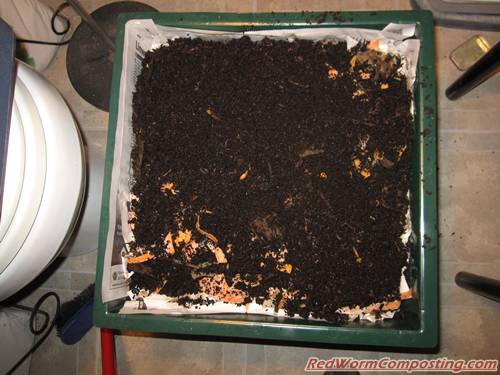 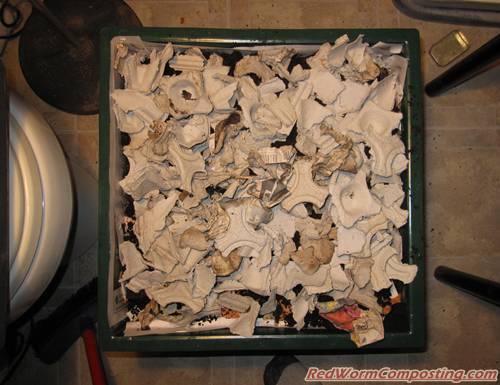 As for the vermicompost, I am storing it in a former worm bin. The idea is to keep it fairly moist while still providing it with a good supply of oxygen. 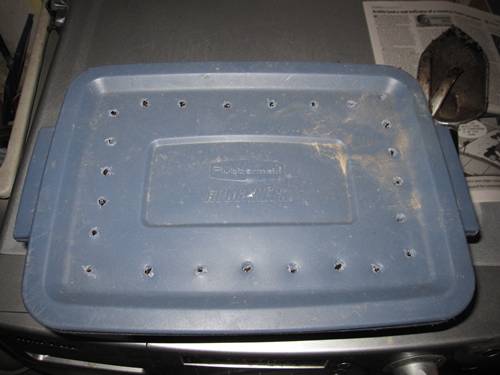 I’ll let everyone know when I start using it!
8)