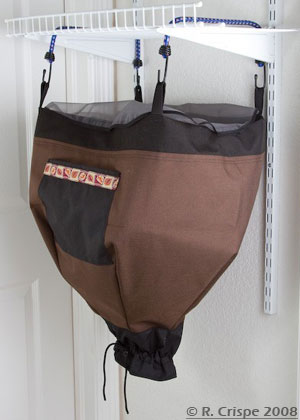 We’re definitely overdue for another ‘Worm Inn Journal’ update (and new posts on the blog in general). Certainly a couple interesting developments to report on.

In a previous post I mentioned that some fruit flies had started hatching from the Inn. Well, that minor invasion seemed to disappear quite quickly, only to be replaced by a fungus gnat invasion.

What’s interesting is the fact that – although certainly more serious than the fruit fly situation – the gnat population has yet to explode the way they have in the past. There is a far great chance of this happening with fungus gnats since they don’t rely on food waste for sustenance.

Any moist decomposing organic matter seems serve as suitable fodder for the larvae – in other words, it is next to impossible to completely cut off the food supply, as can be done with fruit flies.

I suspect once again, that the robust ecosystem in the Inn is playing an important role in keeping the gnat population in check. Given the vast quantities (relatively speaking) of decomposing matter in the system, I really don’t think that competition from the worms plays as important a role as it may have in the decline of the fruit fly population.

In other Worm Inn news…

I’ve actually decided to start up a second Worm Inn. I’ve been so pleased with my first Inn that I decided to test out another one using only…drumroll please… European Nightcrawlers!! I’ll be really interested to see how the two systems compare.

Speaking of Euros – I am planning to start my ‘Euro Shipping Sale’ next week, so if you’ve been thinking about trying these big composting worms out for yourself, this could be a good opportunity to do so!

By the way – in case you are wondering why I’m using one of Robyn’s images for this post, rather than showing off the new set-up – unfortunately, I left my camera at my sister-in-law’s place (more than an hour away) the other day, and won’t likely be able to get it back for at least a week.
🙁

As such, the blog will likely be a little ‘plain Jane’ this week. The timing of this probably couldn’t be much worse, since I have a lot of cool vermi-things going. Uggggghhhhh!!
Oh well – the show must go on!