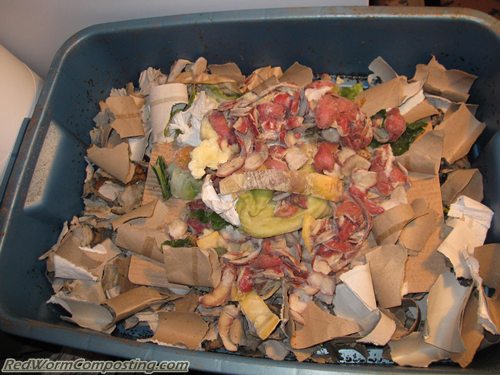 I just wanted to post a quick update on the coffee grounds vermicomposting front. As you can probably tell from the picture, I’ve decided to discontinue the experiment.

Shortly after adding everything to my BOM bin, I reached the conclusion that the worms were not thriving in the grounds-cardboard system. Aside from looking rather unhealthy (thin and off-color), most of them seemed to be congregating in zones where there was still some of the compost material that came with them when they were introduced to the stacking bin.

Anyway, I’ve started adding food waste to the system and the worms seem to be doing better so I think I should be able to re-establish a certain degree of “balance” before long.
8)

Worms Are Trying to Escape