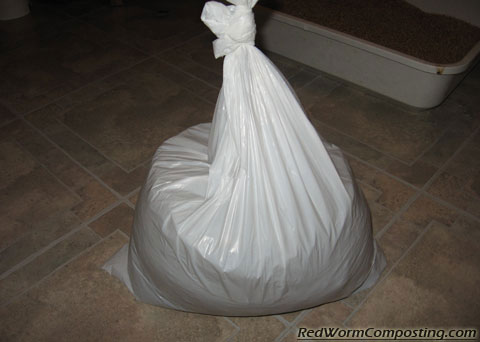 Hopefully the very last bag of cat litter waste I send to the landfill!

I’ve decided to start adding dates to my cat litter composting posts – like my Worm Inn Journal, this is going to be an ongoing series, so I’ll need some way to differentiate between them.

Yesterday was a big day on this front. After once again becoming annoyed with stinky-cat-litter-smell while down in the basement, I finally decided to completely dump out the litter box with the normal clumping cat litter in it. Enough is enough – I’ve decided to switch completely over to the earth-friendly stuff. The cats have responded very well to it, and it has also been working incredibly well in general thus far (little odour, absorbent, easy to work with etc). I was initially a little concerned with the high cost of it (in comparison to the clay litter), but I’m actually starting to think that it might cost less in the long run. I found that we went through the regular clumping cat litter quite quickly, whereas this seems to be lasting longer (only time will tell though). 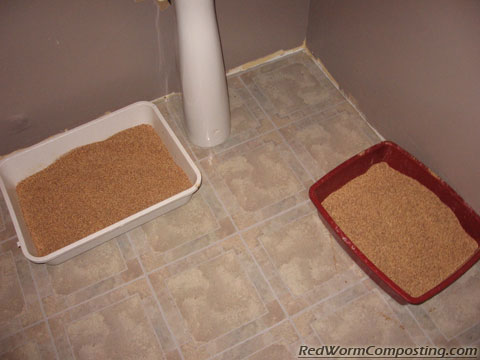 I made sure to take in the experience as my eyes and nasal passage burned (due to the ammonia) during my litter dumping. It may very well be the last time I’ll have to deal with that so I wanted to remember it well (haha)! I also took a picture (shown at the top of post) of the big ol’ bag of dirty litter I hope will be the last I send to the landfill. I actually have a full, unopened box of the regular clumping cat litter, which I thought I would get through before switching completely, but I think I’ll be passing that along to my dad to use for his cat (before I convert him to a green litter user, that is!).

As for my litter vermicomposting experiment…

I have been collecting waste from the one litter box and storing it in an empty (resealable) litter bag. I figured what better time to start up my litter composting bin that on the night I switch completely to the new litter!

I am definitely going to start slowly, and on a small scale, with this cat litter composting. This is new territory for me, so I want to make sure I don’t end up with a stinky mess on my hands. As such, I decided to use one of my small Rubbermaid tubs (3 or 4 gal, I think). I won’t be using a lid for this bin so as to allow any noxious gases (namely ammonia) to escape without harming the worms, and generally so as to provide lots of oxygen. 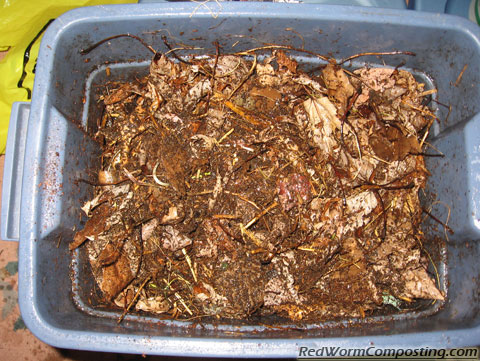 I started by mixing together (and moistening) some shredded corrugated cardboard, fall leaves, coconut coir and compost. Initially my goal is to create a good worm habitat. This will provide the worms with a protective retreat should the conditions in the litter zone be unpleasant for them. 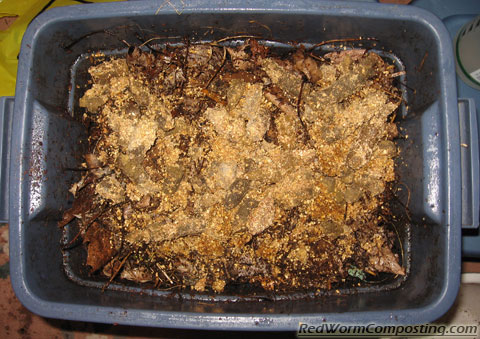 Next I added a modest layer of cat litter waste. I wanted enough to get us started, but (hopefully) not so much as to create nasty conditions in the bin. I made sure to moisten this layer fairly well since these materials tend to be quite dry. 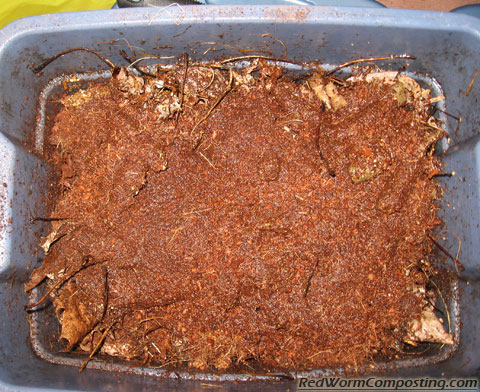 I then covered the litter with a layer of moistened coir. This should help to balance the C:N and filter out any undesirable odours 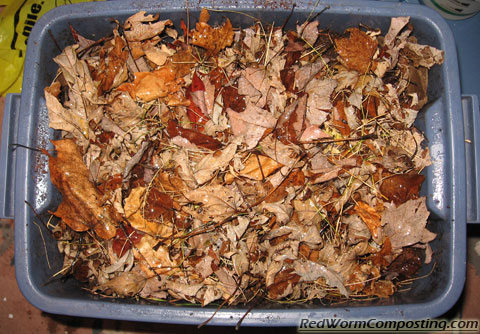 Lastly, I added more shredded cardboard and compost, with a final layer of leaves over top for good measure!

The ‘compost’ material contains some worms and cocoons, but other than that I have not actually stocked the system with worms yet. I will likely let it sit for a week or so to get the decomposition process rolling nicely.

So there you have it! We are off to the races.
8)
I’ll keep you posted!