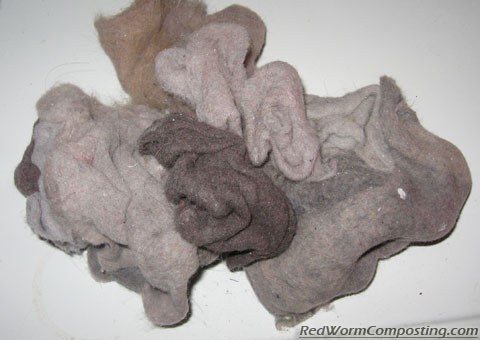 From time to time people ask me if dryer lint (and/or the contents of vacuum bags) can be added to a worm bin or regular composter. I always take a somewhat cautious stance with the latter, since any number of worm-unfriendly or non-biodegradable things can be sucked up during household vacuuming sessions. That being said, I HAVE added a full vacuum bag to my large outdoor worm bin without any negative repercussions.

Dryer lint should be less of an issue since it will primarily consist of biodegradable fibres and perhaps some pet hair if you have dogs or cats. There will likely be some synthetic fibres in there as well, but the quantity should be small enough to make this only a minor concern (if at all).

I’ve got quite a bit of the stuff waiting to be put to good use, so I thought it might be fun to conduct a little test in one of my bins. As per usual, I couldn’t help cheating a little bit – I decided to soak the lint the ‘homemade manure‘ mix I made yesterday before adding it to the bin. I figured it would help to at least kickstart the decomposition process. 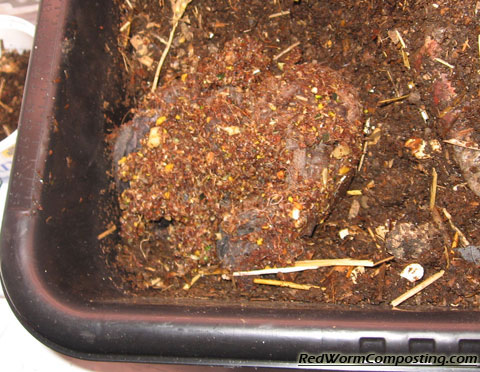 The cotton and wool fibres in lint can take some time to decompose, as anyone who has tried to compost old clothes can attest. They are generally high-carbon (‘brown’) materials. Pet hair on the other hand is more of a long-term N source.

Anyway – it should be interesting to see what the worms do with it, and how long it takes to completely decompose. I will try to remember to add weekly updates on the blog!