How Many Worms Is Enough? 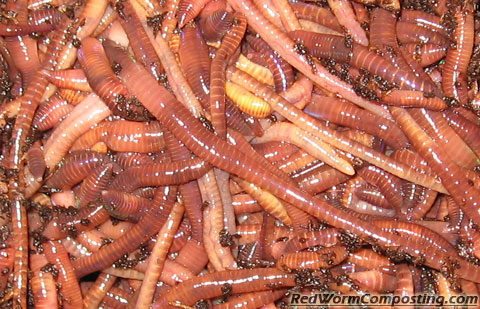 A lot of people who are thinking about getting into vermicomposting wonder (understandably) what quantity of worms they should start with. There are plenty of recommendations out there but really, no one suggestion is necessarily better than the next. As such, I thought this might make for a good topic of discussion.

In a nutshell (and in my humble opinion), the quantity of worms you start with entirely depends on what you are trying to do, and how quickly you are trying to do it. I’ll be honest – I used to wholeheartedly subscribe to the idea that worms should be allowed to “grow into their system”. In other words, you start a bin with relatively low densities of worms (less than the standard ‘1 lb per square foot’ recommendation), and simply allow the worm population to gradually increase over time, presumably reaching a ‘carrying capacity’ for the given system at some point.

I definitely still see value in this approach, but now that I have my own worm business and have played around with dense concentrations of worms, I’ve come to recognize the composting power of putting a LOT of worms in a relatively small system! You may recall the post I wrote after putting 5 lbs of worms in a “holding bin” for a couple weeks while I was away this past Spring (see “5 lbs of Red Worms – WOW!”). When I arrived back home I couldn’t believe how thoroughly they had processed the upper levels of bedding and food waste. I also couldn’t get over the number of cocoons I found.

For anyone interested in building a large population for their own use or to sell, this is definitely something to consider. I ended up harvesting a large proportion of the worms in the ‘holding system’, but it is now crawling with countless juvenile worms that hatched out from all those cocoons. I suspect that keeping worms so densely packed not only increases the opportunity for mating (they certainly don’t need to look far for a partner), but it also triggers the breeding urge to help protect against the possibility of a population crash (something that might occur in a ‘wild’ population). If you set up a series of identical bins and then simply moved most of your adult population from one bin to the next – leaving them to sit for a couple weeks in each – you could potentially end up with a serious worm nursery (good thing they don’t need diaper changes – haha), while still maitaining a large proportion of your original stock.

Anyway, I’m kinda going off on a tangent here…

Back to the topic of ‘more vs less’. Let’s look at a breakdown of the advantages/disadvantages of starting with more worms.

As I’ve discovered many times myself, when you start small there is a much greater chance that other worm bin inhabitants will become ‘major players’ in the system, thus potentially limiting the upper size limit of the worm population. It can also be frustrating for a newcomer to sit and wait for their worms to get settled in and then grow in numbers before being able to REALLY witness the true power of vermicomposting. Don’t get me wrong – this approach may be perfect for some.

If you are a person who really wants to test out vermicomposting, but you don’t mind (or you even prefer) doing so in a leisurely manner, then starting small is the best way to go. Just set up a bin add a small batch of worms or even cocoons for that matter, and then simply add food materials every once in awhile (or don’t add any more food at all – the worms will consume all the bedding if the ‘normal’ food supply gets cut off, and will likely be totally fine for months).

If on the other hand you need (or at least want) results FAST, then starting with a larger population is definitely the way to go. In some ways, I suspect that many of the newcomer nightmares would be avoided if people simply set up their system well initially and added a decent quantity of worms. There would be less chance of overfeeding – which alone leads to many other issues – such as pest populations, anaerobic conditions, fungal spore production etc – and people would more quickly see how cool vermicomposting is. This approach does require more involvement though – so it’s a trade-off!

Anyway – just my thoughts on the matter. I’d be interested in hearing what others think about all this.
8)

Say Hello to My Little Friends