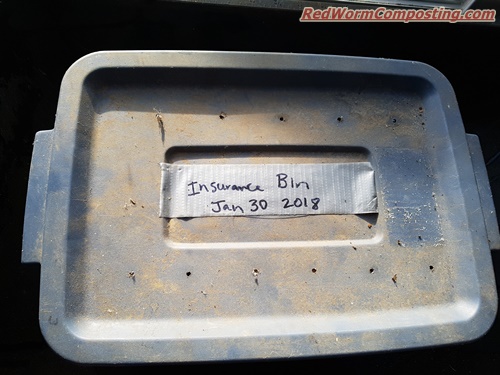 Back in April I first wrote about a very basic worm composting system I had set up at the end of January (2018) – something I called “The Insurance Bin“. The “in a nutshell” idea is that you can create these tiny, very basic set-ups quickly and easily, leave them in a climate-controlled location and basically forget about them for months on end.

No maintenance. No mess. No bugs. No chance of offending your housemates (as long as they don’t mistake the bin for a regular storage container – haha). Pretty well every possible reason people don’t want to keep a worm bin in their houses (other than “I just don’t like the IDEA of worms being inside my house” – lol) effectively rendered a non-issue.

And you end up with one or more “perfect” batches of worm starter culture that can be used to easily get a new system going.

I knew this approach would work, based on all my “accidental” bouts of worm bin neglect, but I wanted to put it to the test “officially” so as to solidify the concept.

Well, here we are almost exactly 6 months later, and I figured it would be a good time for an update.

Other than one or two peeks in, this system literally hasn’t even been touched since early April – and as promised, absolutely nothing has been added to it since it was first set up on Jan 30th.

Looking in this morning, I wasn’t too surprised to see that the overall level of material in the bin has gone down a fair bit. I was however a little surprised to see just how much shredded cardboard was still intact. 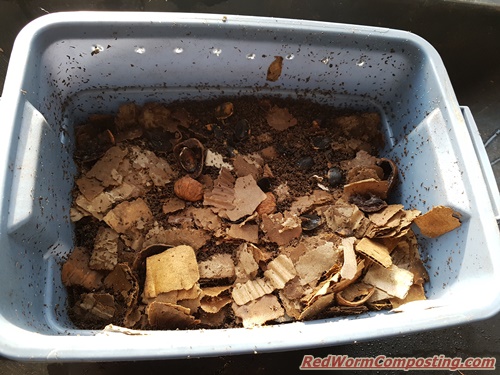 Moisture levels seemed to be pretty well spot-on perfect, and any smell I was able to detect (not much) was definitely towards the “earthy” end of the spectrum.

I dumped the contents out into a big tray so I could have a closer look at what is going on down below. I was happy to immediately see many Red Worms, along with some cocoons. 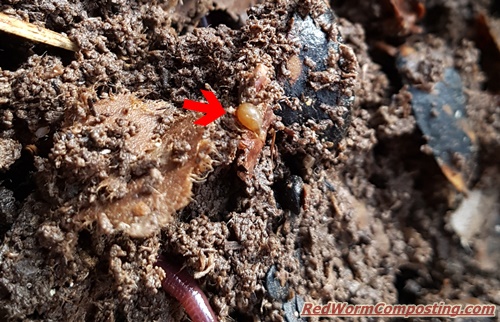 No surprise that the worms are on the small side. Their main source of nutrition has been cardboard for at least the past few months I’m sure. 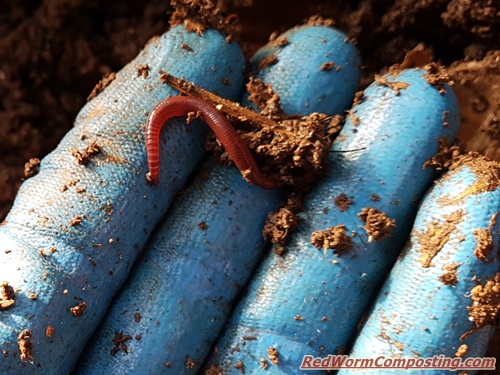 Lots of well-processed material in the system – but it’s not even to the point where I would normally be concerned about the worms living in their own wastes (like I said, still plenty of cardboard).

I had originally thought the 6 month mark might be the end of the line for this experiment. We definitely have proof of concept, and most people wouldn’t need a back-up system for any longer than that.

But, given the fact that this system is showing no signs of suffering from neglect, I figure why not keep things running for a full year!

So, I simply dumped everything back in the bin and once again closed it up. 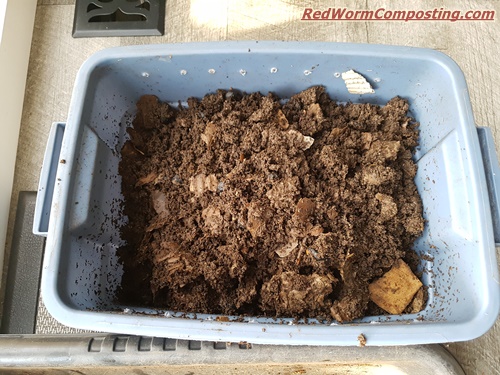 What I’ve illustrated so far is the absolute easiest approach you can take, but I should point out that it would be very easy to improve the overall effectiveness of the bin (leaving us with a bigger, healthier population of worms) simply by adding a small amount of new bedding and food maybe once a month. And the maintenance/hassle factor would remain pretty much the same (might require an extra 20 minutes of your time).

Anyway – should be interesting to see how the system looks at the end of January 2019 (seems so far away, but I know it will be here a lot quicker than I think). At that point I will test out the “worm culture” for starting up a brand new system as well.