It has been nearly two and a half months since my last Urban Worm Bag update.

This tends to be a time of year when projects fall of the rails a bit, and – although I had hoped this season to be different (but am now glad that’s not the case since it’s been a lot of fun) – that’s exactly what happened with my UWB follow-along.

Once my little “real world” worm business opens up for the season I often start taking over or harvesting active systems, exploiting them for my own business gains! Hahaha

Joking aside, in the past I have loved having Worm Inns for “back-up” and this year the UWB has taken on that role.

So what exactly does that mean?

It means I basically stopped adding food waste to it, and I started adding worm-rich aged horse manure instead. As a sidenote, if you happen to have access to this type of material (make sure well-aged outdoors before use) it can work very well in a system like this, perhaps supplemented with a small amount of food waste and shredded cardboard for good measure. 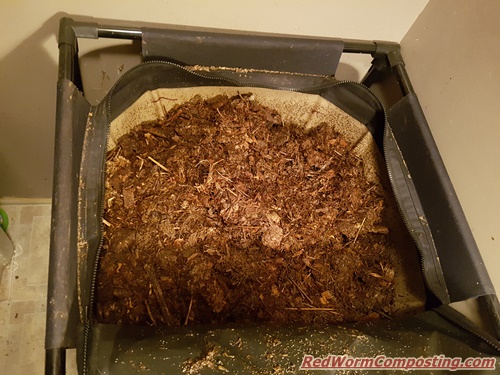 All that being said, the good news is that I finally decided to try harvesting my UWB today!

Right off the bat, I want to make it clear that I am going to “keep it real” as far as this assessment goes. I’m not going to lie – while there is a LOT that impresses me about UWB, I still see some room for improvement (and what’s great is that Steve feels the same way – as I will get back to later on). Please make sure to read everything so as to get the full picture!

Firstly – I have been really surprised by the amount of leachate that has leaked out the bottom of the system. This is quite a contrast from my experience with Worm Inns (which often tend to be on the other end of the spectrum). 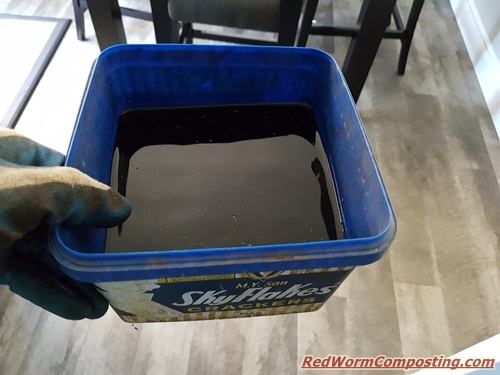 I thought that not adding any food waste for a couple of months might remedy the situation but – while it did seem to help – initial inspection this morning seemed to indicate it was still pretty we down near the bottom.

This had me feeling a bit leery about my harvesting session, to say the least.

Sure enough, when I opened up the zippered bottom (which was somewhat challenging – back to this in a sec) the wet sloppy remains of my false bottom fell out, along with quite a few worms. 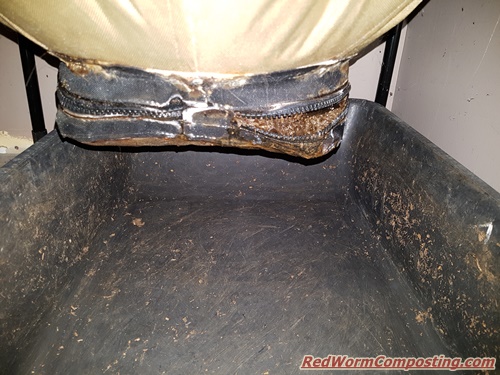 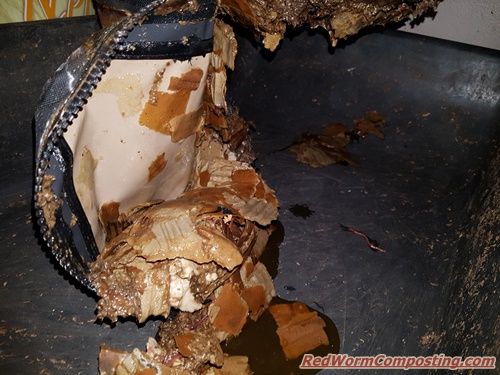 OK getting back to the zippered bottom…I definitely found myself missing the toggles ‘n’ drawstrings bottom of Worm Inns when I tried to get this compartment open. Mostly my own fault, but still a tad annoying. When first setting the system up I positioned it in a corner, in an way that offered the best orientation for the upper zipper. Well, I should have thought ahead – lol – since I really had to reach around to even grab the lower zipper, and I found it a bit awkward to open it up.

On a related note, I was also missing the height off the ground my old wooden (DIY) Mega stand offered – overall this was definitely a pretty awkward harvesting session.

I must say, one nice thing about the big opening, though – it made it easy to get my hand rake up inside so I could start scraping down material. As expected, there was still a fair amount of false bottom newsprint and cardboard (this is very normal), but the good news is that the vermicompost itself – while yes a bit on the wet side – looked great!

Don’t let the image below fool you! With some air drying, mixing and screening, I will be left with some pretty top notch stuff (and will be sure to add an update about this as well). 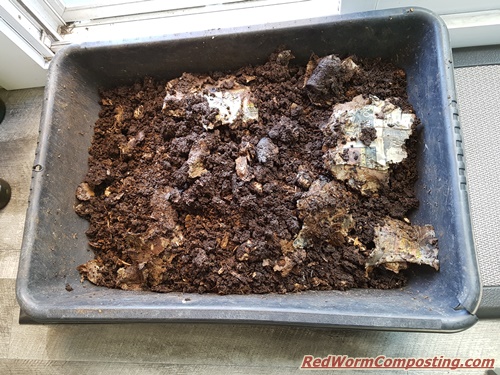 Moving forward (at least for now) I’ve decided to try a different approach. Instead of closing up the bottom and putting my leachate bin back, I decided to create a worm habitat tray (cardboard, aged manure etc), and I left the bottom completely open. The material inside the UWB, apart from being quite moist, has formed to the shape of the walls, so it won’t just all drop out (although I am interested to see how much the worm activity helps to “self-harvest” the system). I think leaving it wide open will definitely help to reduce moisture levels in the lower reaches. 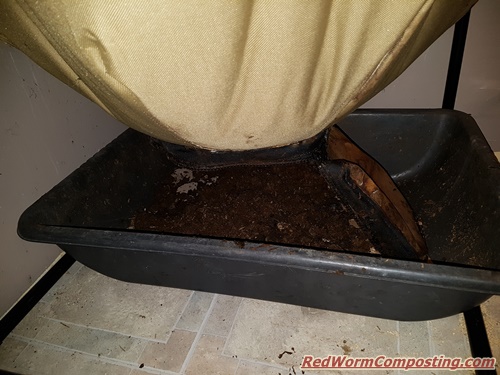 As alluded to earlier, Steve has been paying a LOT of attention to user feedback, and I think it’s ok for me to “announce” that he already has a handful of design improvements planned (and being implemented as I write this) for his next version. I won’t say more than that for now, but do stay tuned.

That being said, I really don’t want to give the impression that the current model is poor quality or faulty – not at all! It simply suffers from some of the same challenges as many other typical home-scale worm bins. Moisture in general is definitely a positive – worms tend to thrive in really wet conditions as long as there is enough oxygen (definitely the case in a free-draining system like this). I would much rather than a system on the wet side of things than one that dries out completely.

With the bottom wide open, I can pretty much guarantee I’ll end up with a thriving tray system below and an UWB that operates more effectively.

I’ll be sure to keep everyone posted!
😎