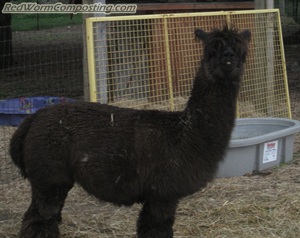 I recently connected with a local source of alpaca manure (will write all about that in another upcoming post) and have been very excited to test it out in my outdoor worm beds. I’ve used some goat manure this year and the worms really seem to like it, so I was optimistic that the same would be true of the alpaca manure. Aside from “gut feelings” about this stuff, I happen to know of at least a couple RWC readers who have used Red Worms to create compost from alpaca poop – so it’s certainly not like I’m on the edge of some scary new frontier or something!
😆

As alluded to a minute ago, alpaca manure is similar to goat manure – that is to say that it consists smaller pellets, rather than the larger…uhhh…deposits some of the other farmyard beasts can produce. I also think that it might be a bit more ‘mellow’ than some of the other manures, meaning the worms will potentially move into it more quickly. Hopefully some of the alpaca pros in the audience can chime in and provide their input in that department. 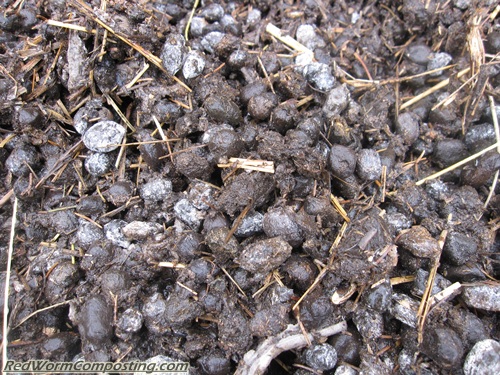 I brought home quite a few bags of the stuff last Thursday, and of course did NOT waste any time adding some to various outdoor systems. Most of my focus will be on my big wooden worm bin, where I plan to add mostly alpaca poop over the course of the next few months. I poured in several bags as soon as I arrived home with it and watered it down fairly well (it was quite dry). Since then, I’ve noticed that the worms are definitely showing a real interest in it – I’ve also noticed that the pellets are becoming more of a fine particulate material. This is cool, since I’ve read that smaller particle size (in worm food) can have a really significant positive impact on the growth of worms. Hmmm…maybe it’s time to start up another RWC experiment! 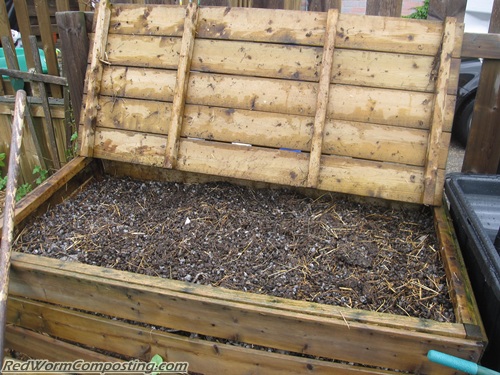 I also have some other plans for my new alpaca poop, and will write about those in an upcoming post.
Stay tuned!
8)