Things are finally starting to lean in the direction of spring up here in Southern Ontario. Given the huge amount of snow we’ve received this winter (I can’t remember the last time we’ve had that much), the extended periods of incredibly cold weather, and just generally the fact that my favorite activities are composting and gardening – the spring thaw cannot come soon enough for me (and likely most of the population in northeastern North America! lol)!

Today, with powerful sunshine and temps above the freezing mark as my ally, I decided it was time to help the process along! Well, in one little corner of the yard anyway.

As you can see in the first image below, the snow was so high that it actually covered my “Earth Machine” backyard composters completely (picture was taken after a layer was removed from over top of the composters). Even with an extended period of warm temps it would have likely taken a long time to melt all that snow! 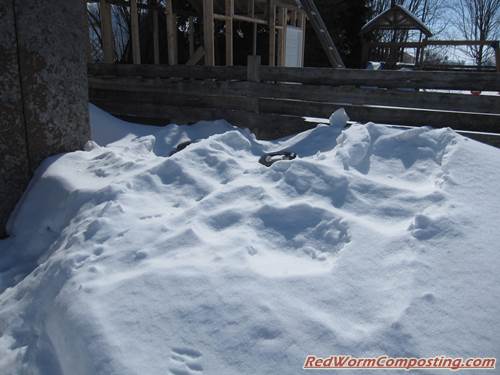 With the help of my daughter (officially on her “March Break” holiday as of today) I removed most of the snow from the small windrow sitting in front of the composters. It was a very productive bed in the fall, so I am eager to get it warmed up and back in action as quickly as I can. 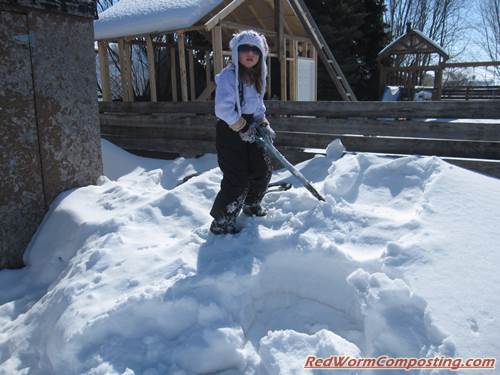 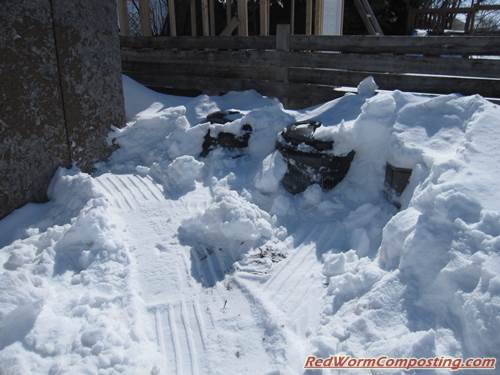 Once most of the snow was removed (more than shown in the picture above – forgot to take a final shot), I simply lay a dark tarp down over top of the bed. 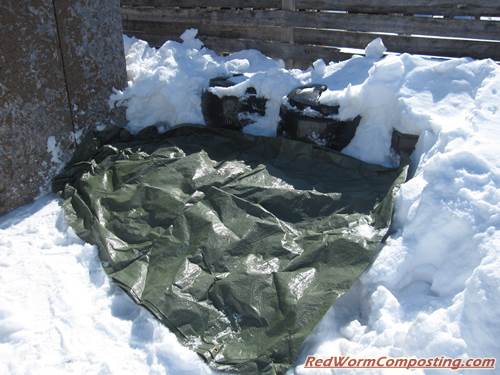 Once it thaws out a fair bit, I am hoping to add a bunch of horse manure (if I can find a good source at this time of year) – or at least some sort of bulky food (may need to be a batch of “homemade manure”) that can help to kickstart some microbial heating and give the worms something to munch on after their long winter slumber!

I’ll be sure to keep everyone posted on my progress.
😎