I finally got around to harvesting material from my Worm Inn earlier this week. Even more important than wanting to see what sort of vermicompost/castings I’d be left with, I’ve been really eager to make more room in the system so I can get a bit more serious about my feeding schedule (it was completely full after my last feeding).

As such, I was a lot more aggressive with my “harvesting” than I normally would be. I got in there with a hand rake and really worked my way around the walls, loosening up as much material as I could. Initially there didn’t seem to be too many worms (unlike the last time I attempted a harvest), but not too surprisingly I did end up getting into some zones with quite a few worms as I continued to gouge away.

Once I started seeing unprocessed food waste materials coming out (along with even more worms) I knew it was time to put an end my harvesting rampage and tie up the bottom once again! lol

I was really pleased with how far down the level of material in the bag dropped – almost half the volume was once again available (the image below is definitely misleading). 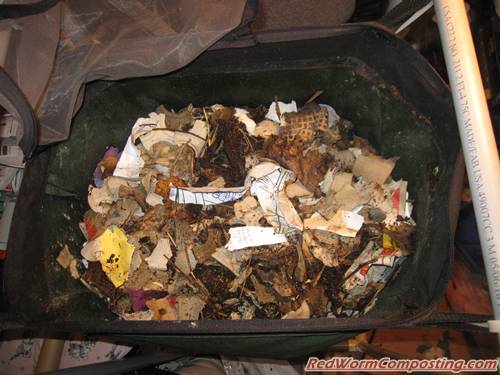 Most people looking at the stuff that I harvested from the Inn wouldn’t be very impressed given the amount of unprocessed bedding etc – not exactly what you would call “black gold”. But I knew better than to judge it based on appearance alone. 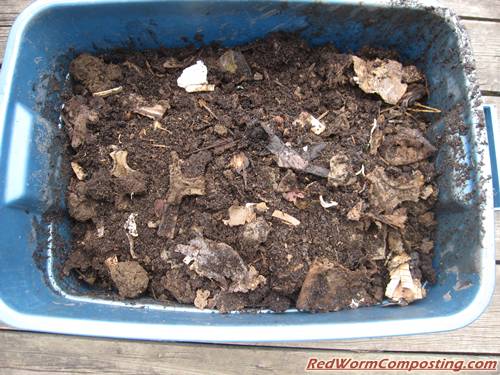 The important thing to keep in mind about the Worm Inn is that it forms a shell of dry vermicompost and bedding all around the inner walls, with an inner core (what Jerry refers to as the “sweet spot”) that contains some of the nicest vermicompost you’ll ever see!

Due to the quantity of worms that ended up in the material I harvested from the Inn, I ended up doing a quick “turbo light harvest” before screening it. All the bulky stuff provided me with a nice batch of “living material” to put back in the system, and as you can see below, I was left with some really top notch vermicompost (likely some of the nicest stuff I’ve ever seen from a small home system in fact). 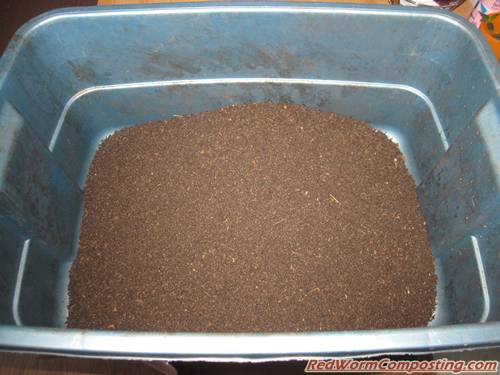 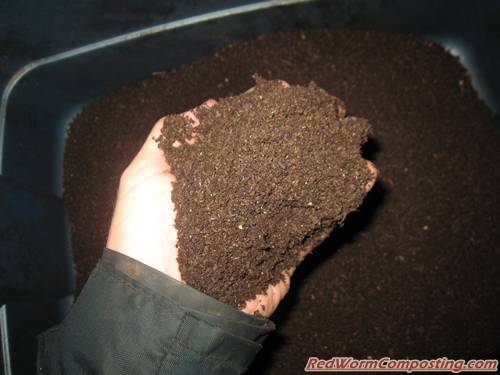 As for adding more food…
Strangely, for the first time in as long as I can remember, I’ve found myself in the position of not having enough food waste. I normally have a surplus in my freezer, but I guess all my various bins and experiments are taking a toll on my supply!

Have no fear though – apart from producing more (we tend to product a lot of fruit/veggie scraps), I have some other (potentially “hair-brained”) ideas rattling around in the ol’ noggin! I may get a little “creative” on the feeding front. Should be fun. lol

Will definitely provide another update next week.
Stay tuned!
8)