The One Worm Reproduction Conundrum 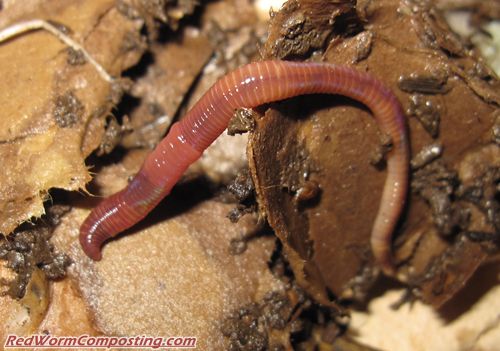 It takes two to tango, right?

Usually, yes – but this is may not always be the case in the wonderful world of worms.

While earthworms are hermaphroditic – that is to say each worm contains both sexes – this actually doesn’t stop them from mating most of the time. After all, genetic diversity tends to be an advantage for most species over the long-haul. You know…’survival of the fittest’, and all that jazz.

(In other words, if all worms in a population had the exact same genetic make-up, none would better adapted to survive any of the many hazards they can encounter)

Nevertheless (as alluded to earlier), self-fertilization – what’s known as “parthenogenesis”* DOES exist in earthworms. Blue Worms (Perionyx sp), for example, are known to sometimes produce offspring without the need for mating partners. If my memory serves me (Of course, I can’t seem to track down my copy of “Biology and Ecology of Earthworms”, by Edwards and Bohlen – lol), environmental stresses can lead to this.

And it makes sense.

More cocoons means greater likelihood that the population as a whole will survive whatever impending calamity is headed their way.

My understanding, however, was that Red Worms (and Euros) did NOT self-fertilize. But as I learned recently, my friend Jim begs to differ. Here is what he wrote in an email relating to the “Tiny Tub Two Worm Challenge” (more on that in a minute):

If these are EF [Ed Note: Eisenia fetida – Red Worms], you should do a 1 worm challenge. I put several EF’s in separate containers (bait cups) when they were about 1″ long and thin as a string. Absolutely no way they had been fertilized. Every one ended up with cocoons and additional worms.

While I’m still not 100% sure what to think about this, Jim is absolutely right! This is something that needs to be tested.

SO, if you happen to be a Tiny Tub Two Worm Challenge participant and don’t mind adding a little more to your workload, maybe you can set up some new “Tiny Tubs” and add only ONE hatchling (very important to make sure worm is as young as possible) to each. I plan on doing this as well myself.

*If you want to split hairs…technically, parthenogenesis does not involve “fertilization” at all – it is a form of asexual reproduction.

Getting Rid of Fruit Flies With Diatomaceous Earth