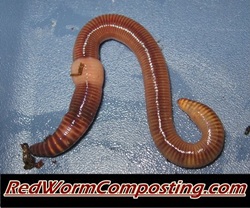 As I’m sure some of you have noticed, we are rapidly approaching the 5000 Facebook Fan mark – pretty exciting stuff! Things have been crazy busy with my “real world” vermicomposting business as of late (tis the season), but I definitely didn’t want to let this awesome milestone slip by without any sort of acknowlegdement – especially since there are contest results to consider!

The 5000 Facebook Fan Fest of course! After we hit 1000 fans so quickly (back in spring of 2010 if I remember correctly), I figured I should focus a bit more of a challenging goal for our next contest. Being the optimistic guy that I am, I thought for sure that we’d reach the 5000 mark sometime in 2011! All things considered, I’m still in awe of the fact that we’re at that point here, fairly early in 2012!

The basic idea with the contest was to guess multiple dates you thought we might hit the 5000 fan mark. We only ended up with a small number of entries (22), surprisingly, but that doesn’t change the fact that some prizes need to be awarded very soon!

I was a little worried that I didn’t even have the entries anymore – I wrote them all in a spiral-bound notebook, and had no idea where I’d put it! Thankfully, I found the notebook this morning after putting in a serious search effort!
8)

Here again are the prizes:

Looking through the results, it’s pretty obvious who is going to be in the top 4 – barring some sort of bizarre Facebook Fan freeze that results in fewer than 10 new fans being added over the next month or so! lol

My suspicion is that we’ll actually hit the mark within the next few days. Until it’s official, I won’t say any more about the front-runners!

HOPEFULLY, reaching this new milestone will mark the beginning of me getting back to a bit more of a regular blogging schedule, and creating more fun RWC “stuff” in general. Looks like I may have some more time on my hands each week from here on out – so I’m guardedly optimistic!
8)

** It's a Great Time to Get Serious About Worm Composting - Save $30 on the CG "Ultimate" Package - Click >>Here<< to Learn More. **
Continue Reading

The Garden Tower is a revolutionary self-contained garden/composting system with the potential to transform home gardening, urban gardening, and world hunger programs. Garden Tower Project is a socially-responsible company based in Bloomington, Indiana whose mission is to make that happen, innovatively, collaboratively, and affordably.

I recommend watching the video above as well. From the looks of things, they are now focusing on a newer model, but the one featured in the video is pretty cool as it is.

In a nutshell, Garden Towers are like a containerized version of a “Worm Tower“. The idea is that composting worms process waste materials that are placed inside a central tube, producing castings which then help to fertilize plants growing in the main container itself. I love the concept, and have been thinking of trying something similar for quite some time (inspired by the success of my vermicomposting trenches) – really cool to see someone heading in a commercial direction with it!
8)