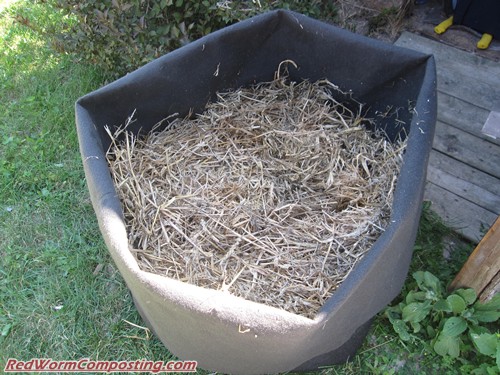 I finally got around to setting up my Compost Sak vermicomposting system today! Whoohoo!

As is usually the case when I set up a worm composting system, the first thing I did was add a nice thick later of ripped up cardboard down at the bottom. As you can see, I’ve initially rolled down the sides of the Compost Sak since I won’t be filling it to the top any time soon! 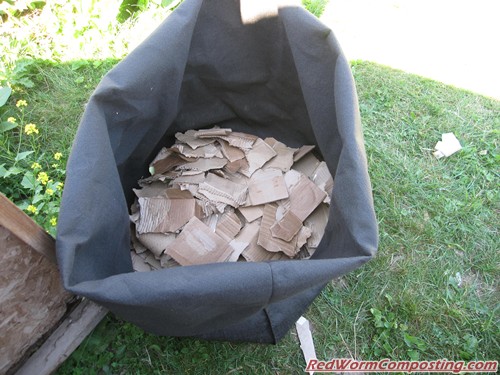 Next, I added a bunch of “compost ecosystem” material (material from my worm beds, from which a lot of worms have already been harvested). This will help to get the Red Worm population started, help to establish the “habitat” zone etc. 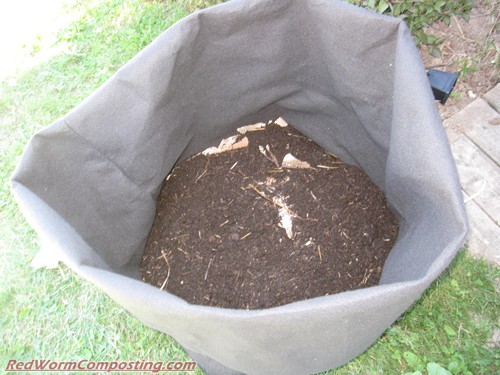 I then added a bag of frozen food waste… 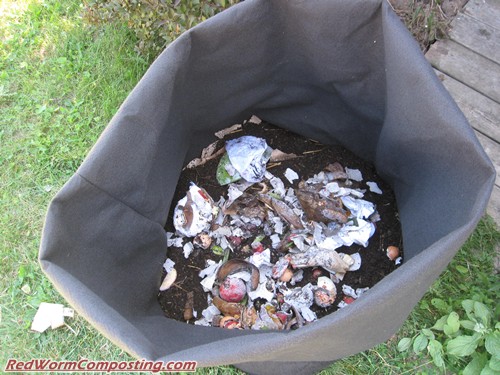 …some compost tumbler waste materials, and some rock dust. 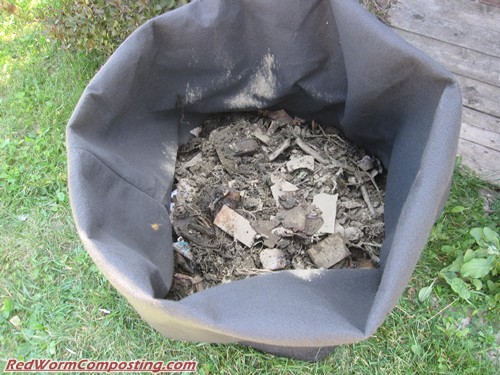 Next, I added even more compost ecosystem. 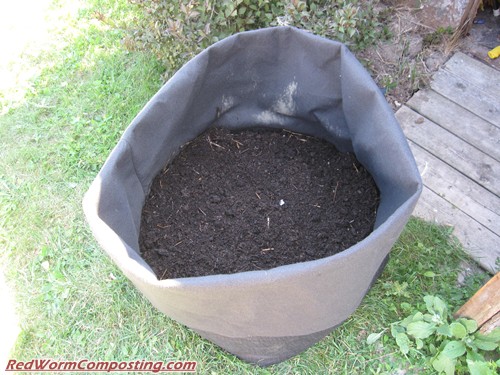 Then, as an afterthought, I decided to add some old coffee grounds and filters. 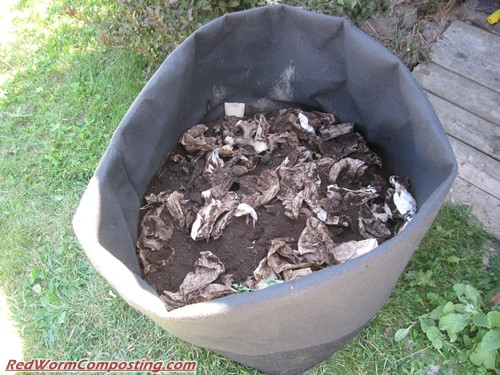 Lastly, I watered everything down before putting a thick layer of straw over top (as you can see in first image) and dragging the sak to its permament location (it’s already getting really heavy, so I certainly won’t be wanting to try and move it after today). 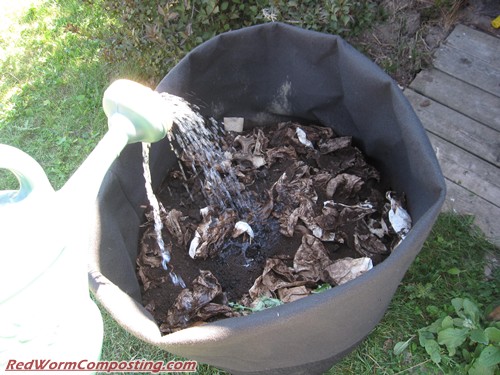 I must say that I am REALLY excited about testing out this new worm bed – in my humble opinion, it has the potential to become a highly effective waste-processing (and worm growing) system! I suspect the only real issue I will be faced with is trying to keep it moist, given how breathable it is – but I’m sure this won’t be a major problem, especially if we actually get some rain this summer (…SIGH…)

As for the other Compost Sak…as much as I was looking forward to my potato tower idea, I think that given how late in the season we are already, it makes more sense to simply fill it with soil (and vermicompost etc) and transfer one of my bucket tomato plants over to it. I think it could be an outstanding raised bed for a single tomato plant, and I will definitely make sure to get myself a tall support pole just in case this tomato goes completely crazy! I have a “Sungold” cherry tomato plant up on my deck in a black plastic tree pot and it’s done VERY well, so I have a sneaking suspicion that this could end up being a really fun project!

I will keep everyone posted!
8)