I’ve had a lot of fun, interesting and, well – downright bizarre e-mail exchanges with worm folk over the years, but a message I received from Daisy W. back at the end of November may now reign supreme in all 3 categories!

Here is what she had to say:

This is going to sound weird – and of course you can decline. My husband is a big fan and follows your YouTube channel religiously. Often while he talks about his bajillion worms, he’ll refer to you and “what Bentley the compost guy says.”

I saw this Groupon today of a company that makes pillows out of people’s faces. For a little Christmas gag gift for him, I’d like to have this a pillow made of your face…

Terms like “big fan” and “follows religiously” never fail to butter me up, but I’m also a sucker for helping to make Christmas dreams come true!
😉 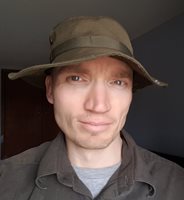 Kidding aside, this was just too unique and cool a request not to help out with, so I sent along a bigger version of the image over to the right.

I wasn’t sure how Daisy’s husband would feel about the idea of having an “Elf on a Shelf” mini-me staring at him all the time, but if Daisy was excited about it (and hubby was indeed a big fan) I figured that was good enough for me! lol

As it turned out, the hustle and bustle of the holiday season swallowed me up not long after that, and I completely forgot about the whole thing…that is until I saw an update e-mail from Daisy a short time ago.

He thought it was funny and creepy! I told him about our email exchange and he thought that was hilarious!

Here is one of the photos she sent me as well: 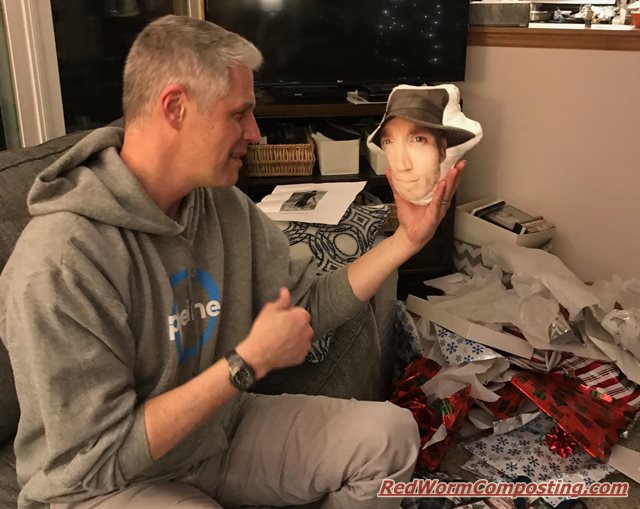 Daisy’s update totally made my day – it was great to know her husband got a kick out the gift (even with the creep factor – haha) – and I was really glad I had been able to help her out.

I can assure you that a new line of Compost Guy head pillows will not be available for sale on RWC any time soon!
😉