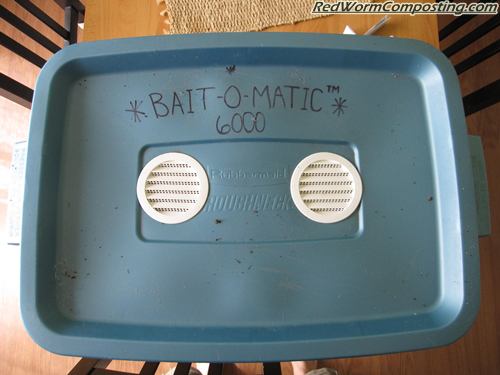 It’s amazing how time flies when you are having fun! Almost exactly one month ago (nice to see my vermi-reminder-clock is still working! haha) from today I posted an update on my “Four Worm Reproduction Experiment – Part Deux“. As you may recall, it had been a LOOOOOOOOONG time since I’d even opened up the bin (literally months), and it wasn’t too surprising that I found lots of sloppy, but fairly well processed material (along with lots of worms) inside.

I decided to add a bunch of shredded cardboard at that time to see if I could remedy the stinky anaerobic conditions in the bottom of the bin. My eventual aim was (and is) to do some sort of tally to see how far the worm population has come since the humble beginnings (with four immature worms all alone in a big ol’ BOM 6000).

When I checked on the bin this week I was happy to see that the cardboard had indeed soaked up quite a lot of moisture, but I must say that conditions were still pretty sloppy! As such, and also due to the fact that I have other plans for this BOM 6000 bin (stay tuned!), I decided to dump everything into one of my open worm sorting tubs. I’ll be honest – the smell that wafted up when I did this was much closer to “stinky sewer” than it was to “rich & earthy”!

This was yet another reminder of the fact that I did not take good care of this system. On a side note – I should mention though, that you can DEFINITELY get away with totally ignoring your worms for months on end much more easily than you can simply letting conditions get sloppy and anaerobic while you continue to add food waste regularly! Keep that in mind! 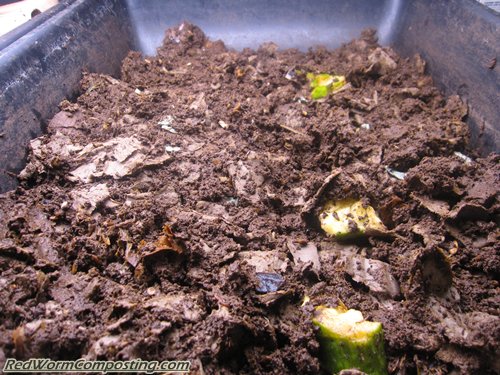 In an effort to prevent everything from drying out TOO quickly (and to provide the worms with some cover) I added a layer of coco coir and a layer of shredded cardboard (mostly consisting of old TP rolls, I might add – haha) over top. 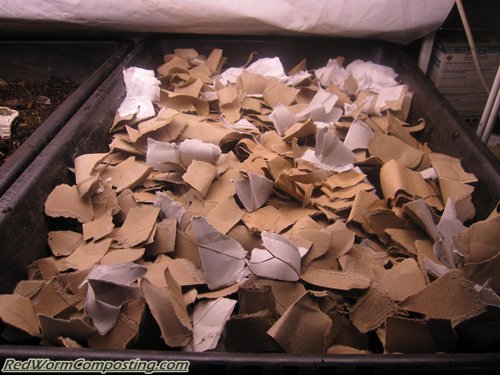 Now, I will simply let everything sit! I have little doubt that all “sloppy” conditions will disappear fairly quickly with the contents spread out in this shallow (and completely open) tub. Once the worms have worked the material some more and it has a drier consistency I will think again about the prospect of conducting my tally!
I’ll keep everyone posted!
8)

“Weeds” in my Vermicompost!!