A little over a week ago, I wrote about a tiny little worm bin I set up using a miniature toolbox (part of a gag gift).

Although there was strong element of silliness involved, the project itself is actually quite serious, and the progress in the system will be followed quite closely over time.

This morning I decided to perform the first “official” check-up (have looked in quickly a few times). Opening up the bin I could see that moisture levels were just about perfect. Everything was damp but there was no longer pooling down in the bottom. 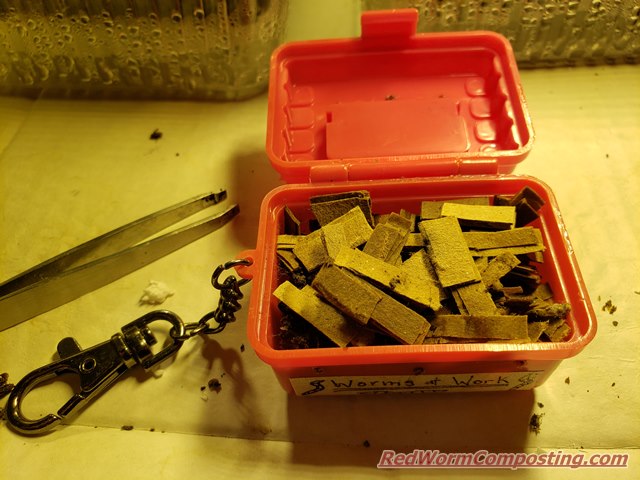 Digging around a bit, it didn’t take me long to make an exciting discovering – a hatchling Red Worm! As some may recall, I added 5 cocoons to the system. The fact there has been some hatching already is a good sign.

It is hard to say if there is more than one hatchling at this point, but… 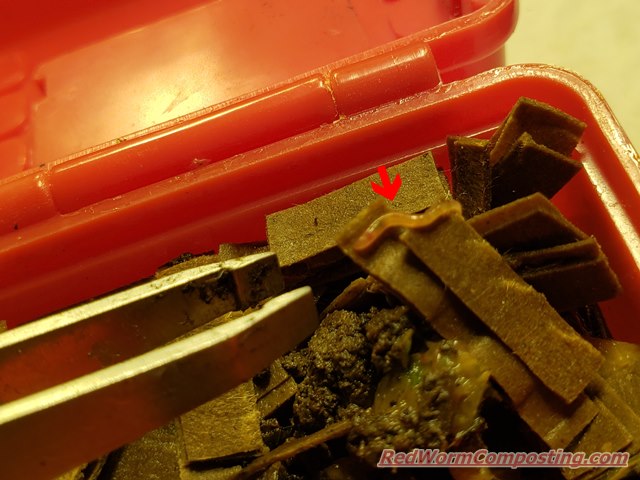 …I was only able to locate one cocoon, so I’m guessing there are other little wigglers in there.

Red Worms (of all ages) seem to love crawling in between the layers of corrugated cardboard – and there are plenty of other hiding spots as well.

I don’t mind waiting until the worms are bigger to do more accurate counts (will be hard for them to hide then – ha)! 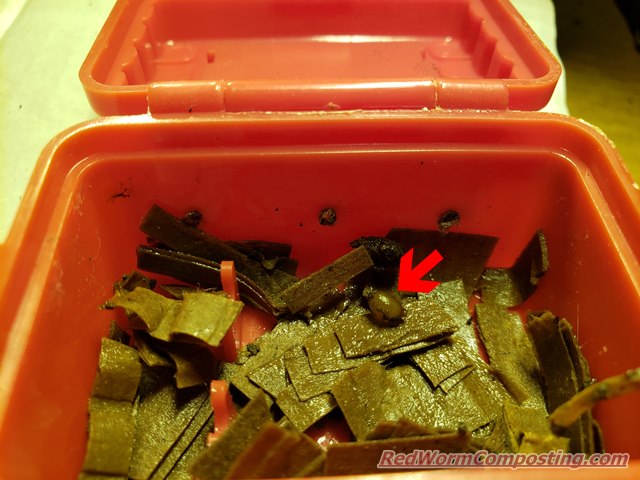 Overall, it looked like the food waste originally added had mostly broken down – so I decided to add a couple more “big” (lol) chunks of cantaloupe. 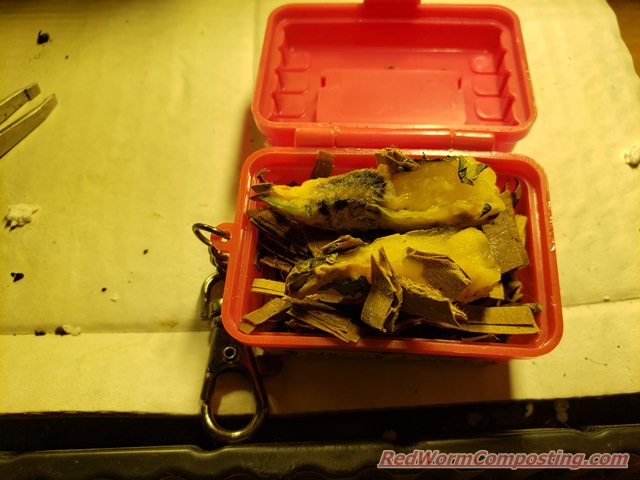 I then added some new bedding and moistened a bit more (pretty clear that the size of the system and air flow is going to keep things from getting swampy). 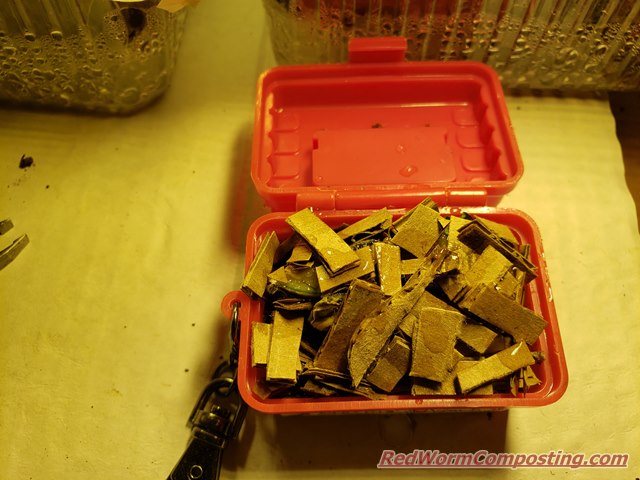 For some reason the lid wouldn’t close properly (nothing obvious getting in the way) so I slipped an elastic band on to keep it shut. 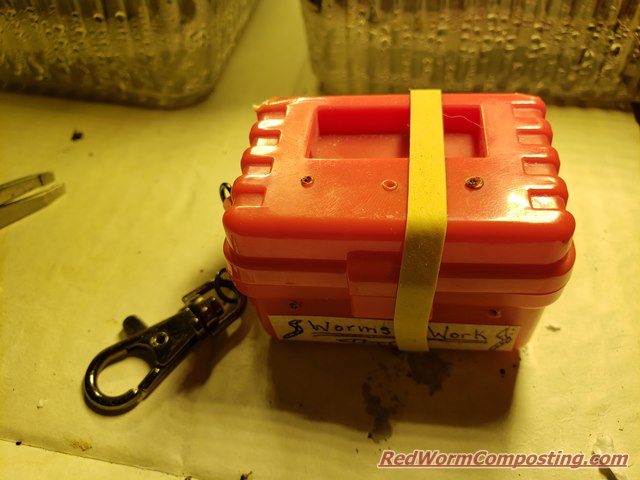 So far so good. Should be interesting to see how things progress over the next few weeks.
Stay tuned!
😎