I wanted to post a quick update on the “Stacking Bin Euros” front. Other than occasionally taking a peek inside, I’ve basically been leaving the system alone ever since setting it up a couple of weeks ago. Yesterday was my first feeding (not counting when the bin was first set up with waste materials mixed in) – partially inspired by my fun food waste blending experiment.

Looking around the bin (without disturbing TOO much), I found lots of responsive worms and a fair number of cocoons. It looked as though much of the food waste had been consumed as well. The total amount of food I added this time was 1151g (2.54 lb). I normally prefer to bury waste materials, but given how shallow WF-360 trays are, and the fact that I really didn’t want to disturb the worms more than I had to, I decided to simply layer the material on top of the bedding. 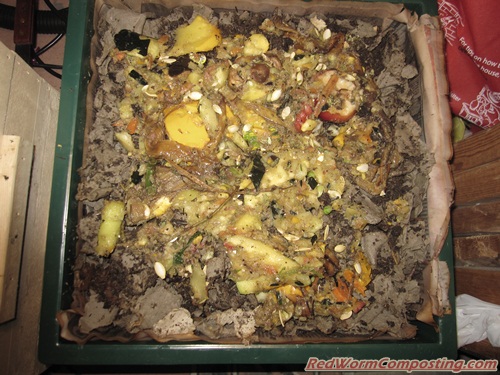 I then ripped up a bunch of brown paper and added that over top. This layer was also lightly moistened with water. 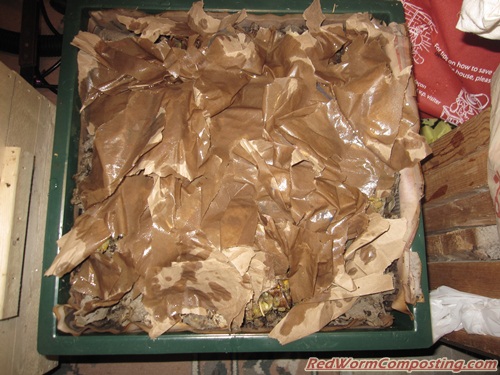 I looked down in the reservoir and was surprised to find three worms! One of them was definitely a (smallish) Euro, and I’m pretty sure the second one was Lumbricus rubellus (second image down – pretty fuzzy but you can see the “spade tail” typical of Lumbricus sp. worms). The third worm (not pictured) was too tiny to identify. 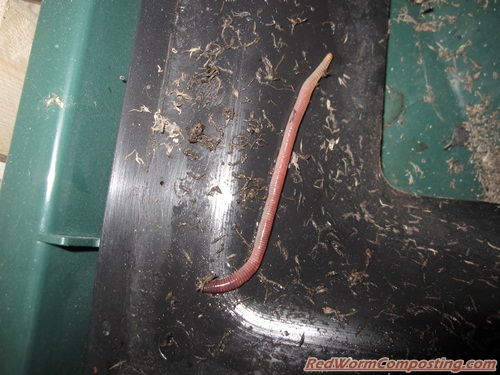 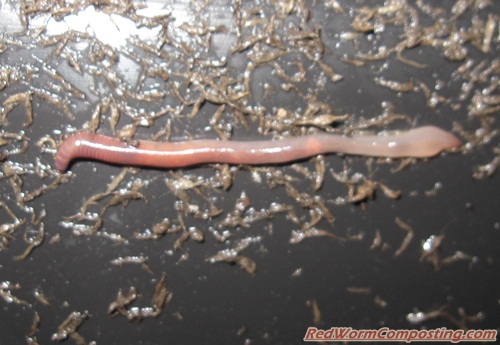 Interesting to find L. rubellus in this batch of Euros, but not earth-shattering since I do have them associated with my outdoor beds (where I originally rounded up the small number of Euros for my indoor population). Makes me think I should start up a bin just for them to see how they perform as composting worms!

Anyway, that’s all for this update. I’ll keep you posted!
8)