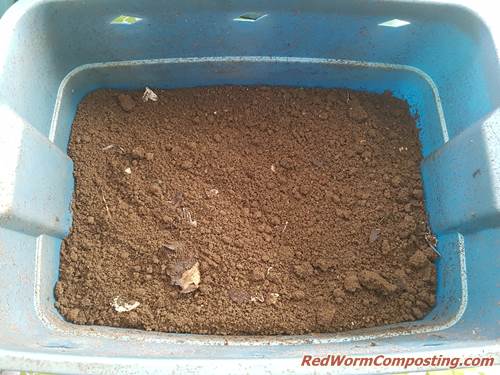 I recently wrote about my “ridiculously badly neglected worm bin“. As I mention in that post, I am very eager to “rescue” the poor (little) worms, and to test some things out in the process.

Not wanting to waste any time, I started both of my planned systems yesterday. Just so you know, the “tea bag vermicomposting system” will be discussed in another post.

What I am referring to as my “Tiny Worm Rehab” project is pretty basic – no real bells and whistles. I simply want to get a typical “home worm bin” going and see how these neglected worms respond.

First, I added a bunch of shredded corrugated cardboard to an empty Rubbermaid tub. I pushed most of it to one side (leaving a small amount as a “false bottom”) and added some watermelon that’s been sitting in my basement fridge for way too long (and is starting to get funky). 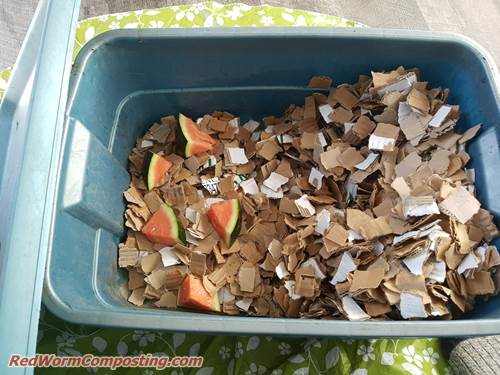 Next, I transfered over about half of the wormy material from the neglected bin – spreading it over top of the watermelon zone in the new system. I’ll be honest, I did not see a lot of worms! As I realized a bit later, there were a lot more over in the other half of the neglected bin. Not going to worry about it, though, since this is not a competition (between the two new bins). 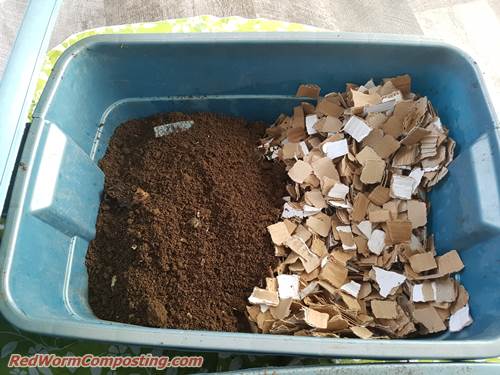 I then added some more chunks of watermelon. NOTE: I definitely didn’t want to go too crazy with my initial feeding! It’s important to remember that these worms have barely ever been fed in two years, so it’s going to be important to go very easy on them for a while. 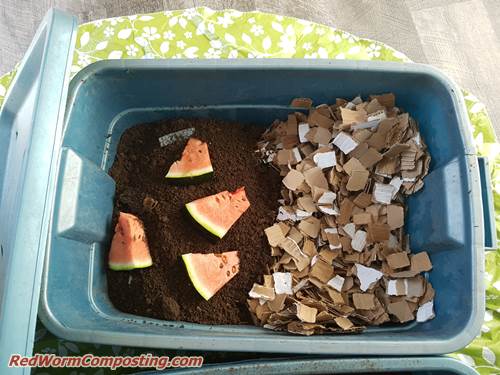 Next, I covered everything with the cardboard I had shoved over to the other side and then simply placed a gardbage bag over top. I am not bothering with a lid on this one. The garbage bag should do a good job of keeping in moisture, but I’m sure plenty of oxygen will get in around the edges. 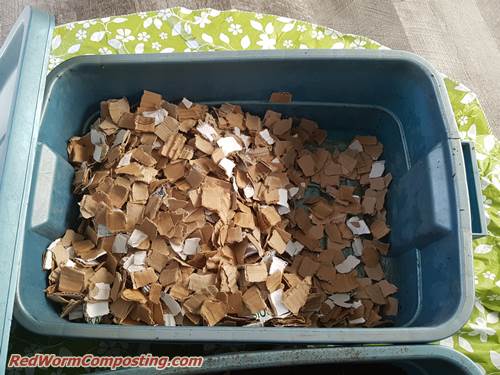 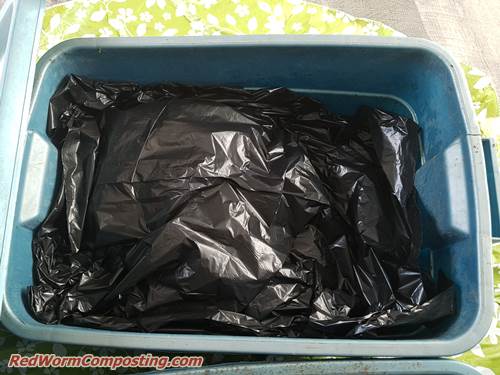 I should mention that I did add some water on the mostly-empty side, just to help compensate for all the dry cardboard I added, and just generally to help jumpstart the re-hydration process.

I am very eager to see how things proceed from here, and will be sure to share and update within the next couple of weeks!
😎