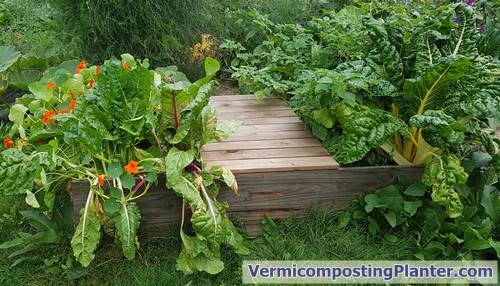 It has been about a month and a half since my last “Super Simple Vermicomposting Planter” update. Although there is nothing earth-shattering going on, I’m happy to report that the plants have done quite well, all things considered (eg. very late start, fair bit of neglect on my part etc) .

What’s interesting is that not long after my last planter post, the weather started cooling off quite a bit, and I thought that was it for really nice plant (especially pumpkin) growing weather. But over the past couple of weeks we’ve had a heat wave that likely surpassed the hottest weather we had during the summer! Funny how that works sometimes.

The ground cherry and swiss chard plants have done very well. One of the chard plants in particular is likely the largest I have ever grown (the picture below doesn’t do it justice I’m afraid). 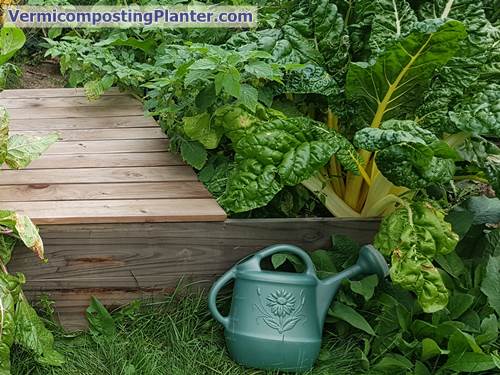 My lemon cucumber petered out pretty quickly – but it seemed to be a very bad year for them in general. I had two more plants in other gardens and they both did extremely poorly. I am officially NOT a fan of this variety (don’t even enjoy eating them)!

The planter pumpkin has done OK (again, especially with all things considered), but not as well as I had hoped. As you can see in the images below, it’s competitor in the garden (second image) has grown much larger. 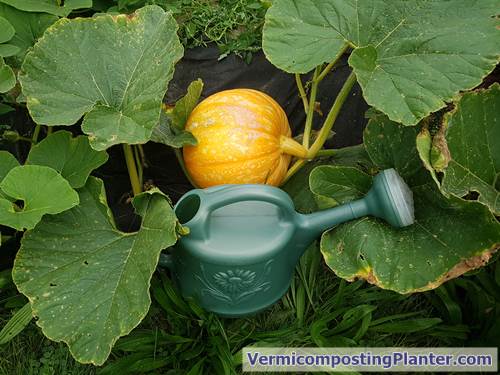 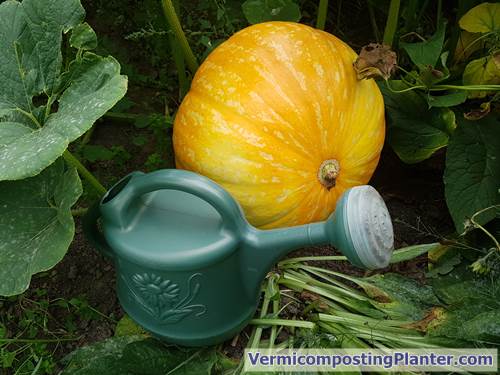 I think the key to success would be to: A) start a LOT earlier than I did, B) make sure the composter has been active for even longer, and C) grow no other plants in the same box as the pumpkin.

In other words, I think next season the planter will be very much “primed” and ready for a serious pumpkin growing effort!

As for the composter…

I have added a LOT of food waste, cardboard etc to it (pretty well our entire compostable waste stream, which amounts to multiple pounds per week for sure) and it has just kept sinking down.

Digging around a bit yesterday, it looked like there was a lot of dark compost down below. I didn’t see a lot of worms – but again, the weather has been really hot! Now that we are back into a coolish spell again, it will be very interesting to see if a lot more of them come up closer to the surface. 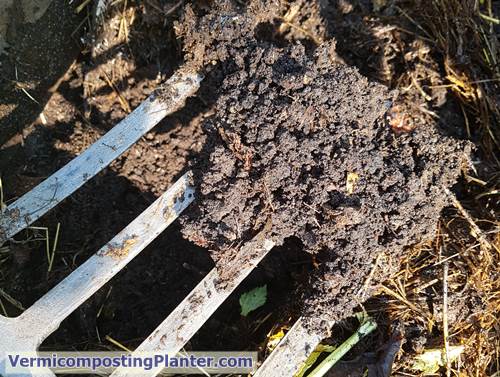 I didn’t go too crazy with the digging because I didn’t want to disturb any plant roots. I did see some coming in along the edges. As alluded to earlier, I suspect the system was a bit too active this season – but with an established base of well-composted material by the time next year rolls around, I think there will be a much more extensive root network in there. 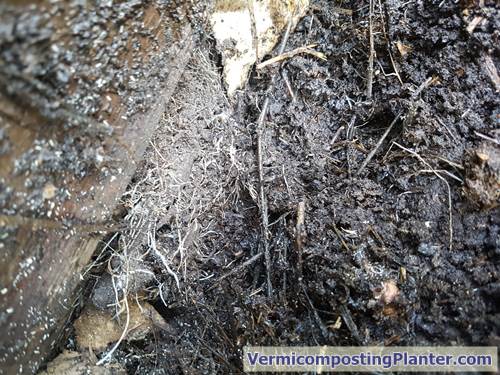 We shall see how things progress from here. You never can tell what October will bring in my neck of the woods! With plenty of rain and reasonable temps, I wouldn’t be surprised to see a lot more plant growth before the end of the season.

I’ll be sure to keep you posted.
😎

The Tale of a Ridiculously Badly Neglected Worm Bin