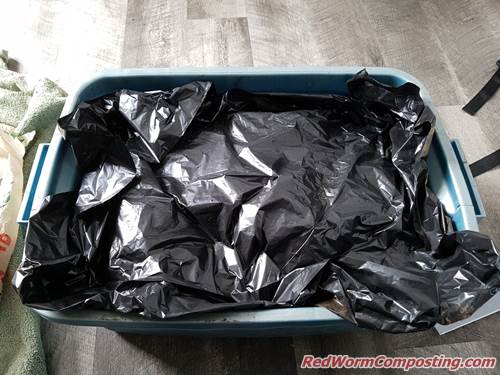 Back at the end of September, I “rescued” a batch of ridiculously badly neglected worms. Approximately half of them went into my “Tea Bag Vermicomposting bin“. The other “half” went into what I referred to as the “Tiny Red Worm Rehab” bin.

ALL of them ended up getting totally neglected…uhhhhgain!

In the case of the rehab bin, the effects of the (~ 3 month) neglect period were particularly pronounced because A) very little food was added to this system early on, and B) unlike the tea bag vermicomposting system, this bin ONLY had a loose garbage bag as a “lid” (whereas the tea bag system has a garbage bag AND a regular plastic lid).

SO…I wasn’t too surprised to find lots of dry intact bedding, no evidence of any food, and smaller worms in this bin when I checked on it yesterday. 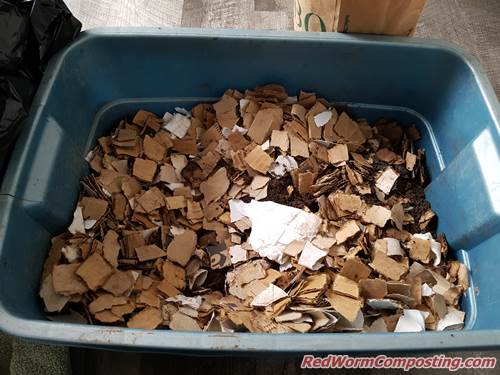 That being said, the worms were still a lot bigger than when they were added to the bin back in September, and they seemed very healthy and active! 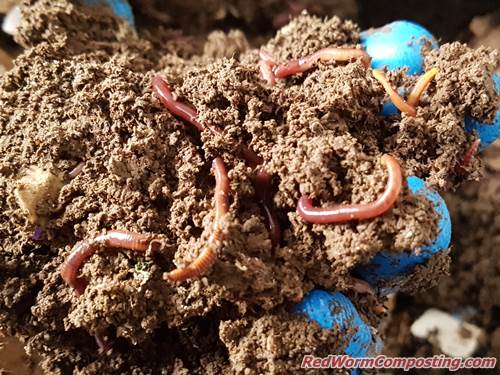 Getting this project up and running again was a simple matter of adding a bunch of food waste (4.46 lb), mixing it up with the bedding and “living material” already in the system, and then topping it up with some new bedding (shredded corrugated cardboard – 1.08 lb). 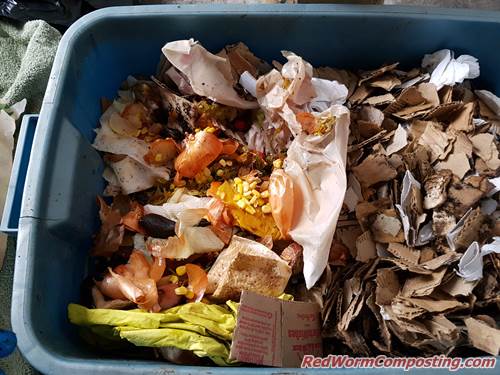 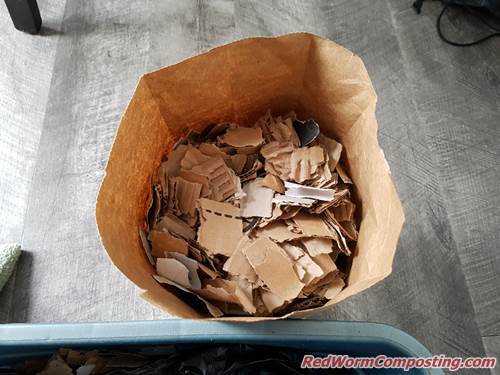 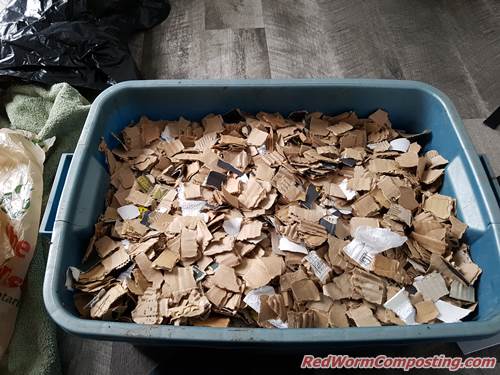 This is a pretty basic project – wouldn’t even call it much of an experiment – but I AM definitely interested in seeing how much waste I can process in a plastic bin system with only a garbage bag as a cover. So I’ll definitely be keeping track of the weights of both food and bedding.

I will likely “push my luck” a bit by adding another bag of food waste some time early next week, before letting it sit for a while. I’ve really come to appreciate the “batch” approach to vermicomposting (something I’m sure I’ll write more about) vs adding smaller amounts more regularly (an approach I definitely recommend if you are fairly new to vermicomposting).

Should be interesting. Do stay tuned!
😎