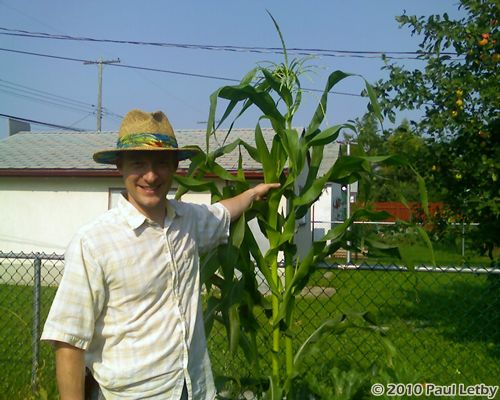 Hey Bentley! Saw all your updates on the blog and decided it was time to get out there and tidy up. There were virtually no leaves left on my tomatoes, and most were ready to be harvested so out they came. I found that I pulled way too much of the bed apart with the roots of the tomatoes, so I simply cut the stem at the ‘soil’ line. I did pull a few out to show the earthworms, and this was the bed that had no red wigglers in it! They were the native soil worms congregating in the root zone. I included some pics of those. They don’t seem as shy of the light as the red wigglers. I didn’t pull any roots out of the vermi bed, so I’m going out there right after I send this to see what’s going on in there.

I also included a pic of me standing next to my only example of the giant corn that was planted as part of my living fence experiment. It did well considering that we had a very wet spring and early summer. No 20′ tall though. None of my corn really grew well until the hot days came. I was discouraged at the giant’s slow growth so I pulled them all except this one and put in zucchini, since I knew it grew fast. Speaking of zucchini, one of the three I planted was broken by a windstorm, severing the top and thus the growing tip. That’s actually a good thing. I’ve got zucchini growing out of my ears! I didn’t take a picture of that though…

There’s also a pic of my new butterfly friend, and after reading how hummingbirds like your Scarlett Runners I kept an eye out and sure enough they’re here too.

I also harvested my spaghetti squash, not bad for 3 plants, with so much growing in so small an area (corn, beans, squash, cucumbers). The 3 (4!) sisters planting is a success. What can I say, I love cucumbers too! I still can’t access the bed with the compost ecosystem added (composted material and worm eggs) to see what if any worm activity I have. Squash plants are VERY spikey and apparently I’m allergic to whatever is in the spikes. Hence, I am itchy and scratchy right now. 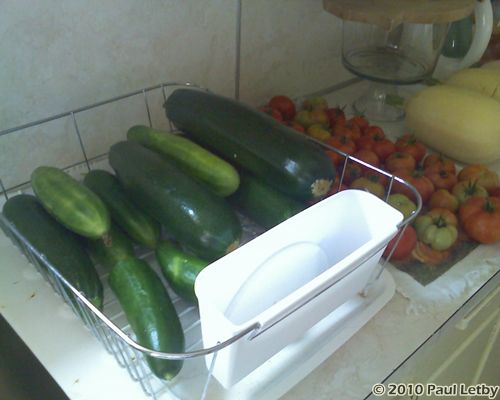 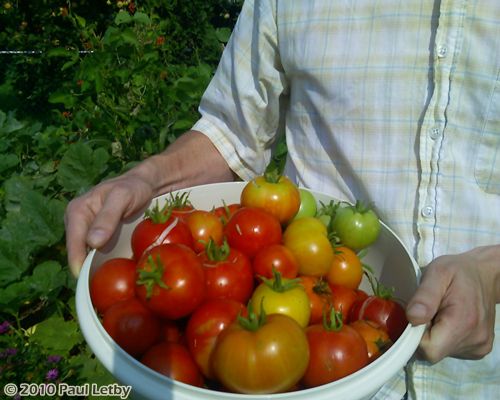 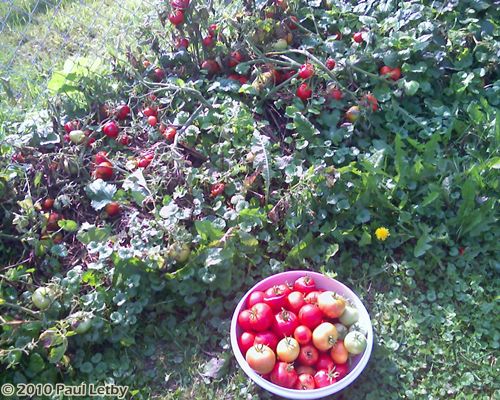 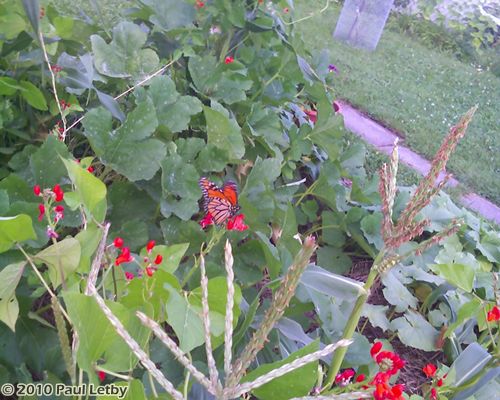 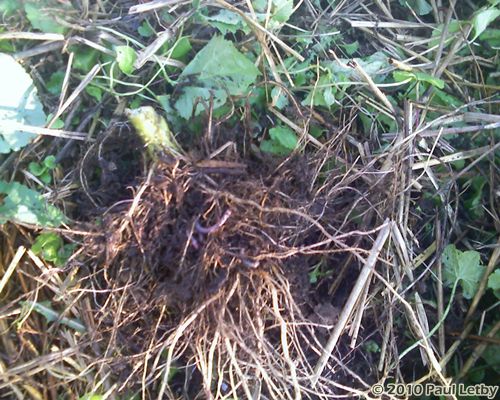 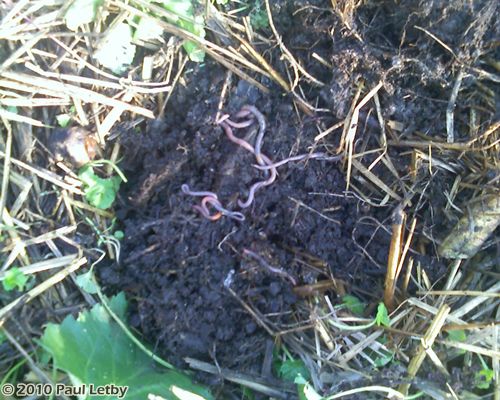 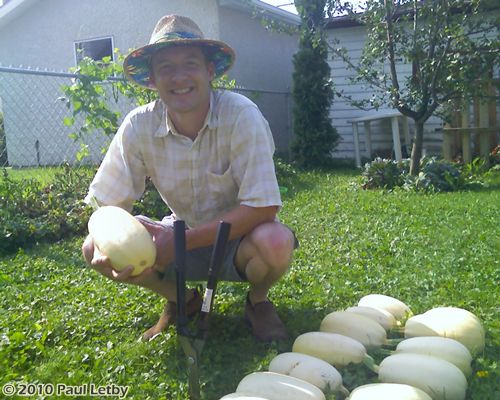