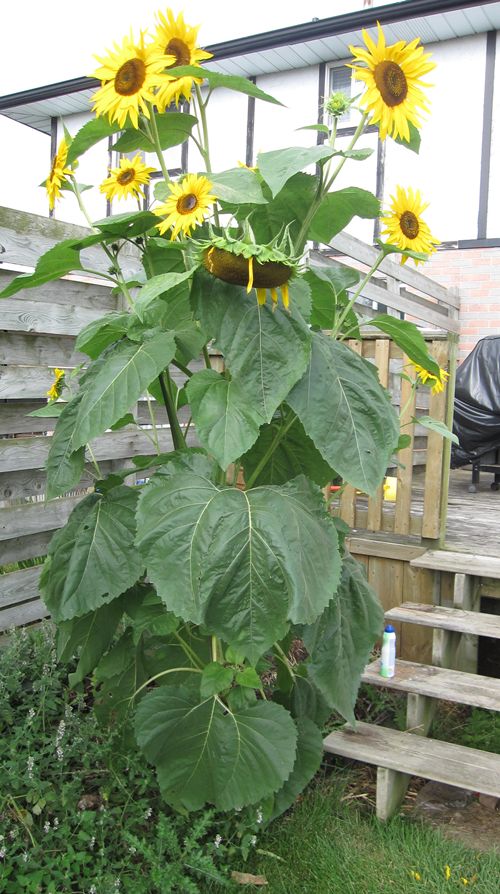 This “Kong” sunflower seems to have benefited from the cat litter compost heap.

It’s been quite some time since I provided an update on my cat litter composting bed. When I checked on it in the spring (see “Cat Litter Composting-04-30-10“), I found lots of worms – mostly concentrated around the outside of the heap. Much of the material was still very recognizable as the compostable cat litter I’ve been using (along with the deposits from the cats of course! haha) – basically orange-brown in color and granular in texture. I think much of the odor was gone by then though (can’t recall for sure).

Well, not too surprisingly, there has been plenty of change over the course of the last ~ 4 months, and the material is now much more uniform in appearance – basically just looking like a nice compost (recall that I had added quite a lot more than just compostable cat litter – there were also lots of fall leaves, corrugated cardboard, and layers of straw). 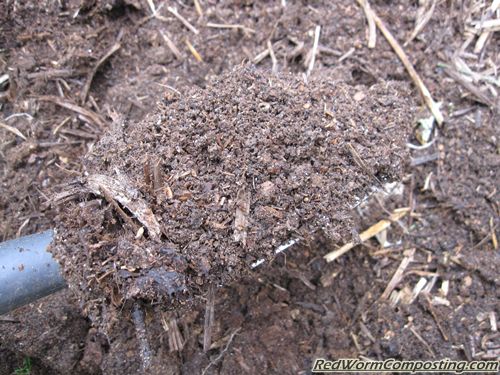 The compost has a nice earthy smell now as well. As for the worms – while there are certainly still lots of Red Worms in the bed (especially concentrated in particular spots), I get the feeling that the food/habitat value of the material has declined substantially since, apart from there being fewer worms than earlier in the summer, the worms also seem to be somewhat smaller on average.

As you can see above, I ended up planting a single “Kong” sunflower in the corner of the bed, and it has certainly done just fine (not my biggest one by any means, but it was also planted quite a bit later than most of them).

Once fall arrives, I will likely use the compost a protective mulch for some of my ornamental beds. It should provide them with a nice boost in the spring. I think I might then empty out my designated cat litter composting bin, once again heaping everything in this corner bed, and letting it sit over the winter.

By the way, if you would like to read about actual the set up of this bed (back in the fall), be sure to check out this post: “Winter Cat Litter Composting Bed”

**NOTE** – Cat litter composting warrants some caution, and should generally only be attempted by those with previous composting experience. Any dog or cat waste composting systems should dedicated to those waste materials alone (i.e. don’t toss them in your ‘regular’ compost bins), and should not be set up near any water sources. Cat litter shouldn’t be handled at all by pregnant women or young children.