It’s been about three and a half weeks since I posted any sort of vermigardening update, so I figured I’d make this one a bit of a combo deal, and provide updates for both the hay bale vermigardening and the deep mulch projects.

After an extended period of pretty dismal results (as compared to the results from my vermigardening efforts in previous seasons), it feels like we’re finally starting to “turn the corner” a bit with the hale bale beds.

There are likely a number of factors at work here.

1) For starters, I ended up adding some small fertilizer sticks to all bale plants. Most of them are made from naturally-derived materials (feather meal etc), but for the sake of comparison (and because my dad accidentally grabbed me a pack – haha) I used inorganic fertilizer sticks in the free-standing bale rows (ie the ones that DON’T surround the worms beds).

2) I also finally managed to fill up the worm beds (more weeds, more manure, more hay), so most of the inner sides of the bale walls are no longer exposed. My hunch is this helps to keep the inside of the bales a bit more “root-friendly”. 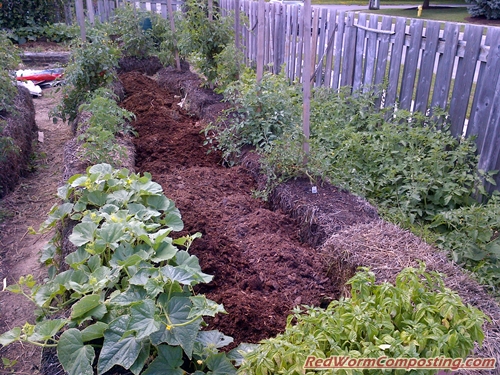 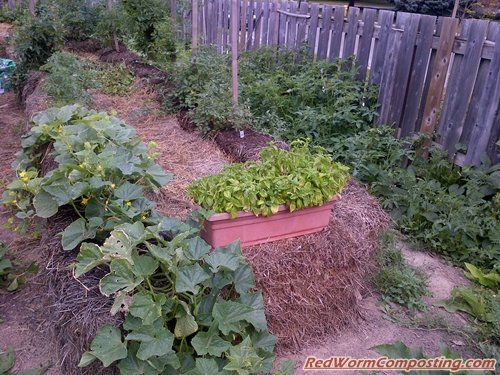 3) I’m sure the inner core of the bales has only continued to break down more and more, making what was once hay into a higher quality plant-growth medium. This seems to be supported by the fact that I’m no longer seeing mushrooms pop up every time the bales get soaked.

Although the plants aren’t nearly as big as they would normally be when grown in the soil, they are still producing fruit. Below you can see some cantaloupes growing in bales bordering the railway tie bed. 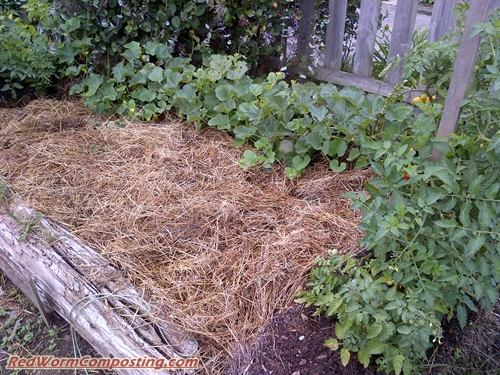 We have already harvested lots of tomatoes (and some cucumbers) so far as well. This makes me happy.
🙂

And in some ways it’s actually been a lot more fun not having to deal with “jurassic” plants! At this time of year I tend not to have a lot of time for pruning etc, so this helps me avoid dealing with the plants getting out of control (which can lead to disease etc). 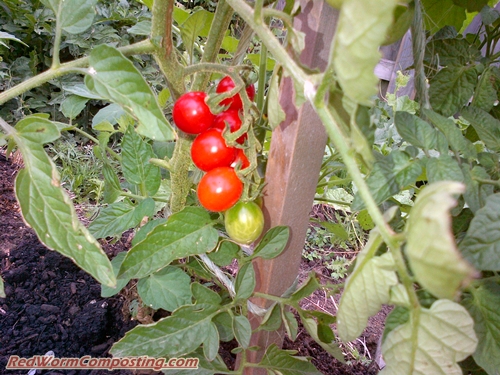 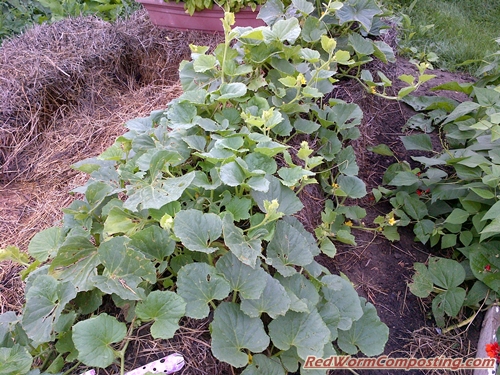 I think things are only going to get more interesting from here!

Everything has been coming along beautifully in my mulched beds. As you can see in the next two images, my “dino kale” has only continued to get bigger, and the other plants are looking great too.

(in case you’re wondering about the color etc difference between pics – the shots were taken from two different angles using two different cameras…and on different days for that matter! haha) 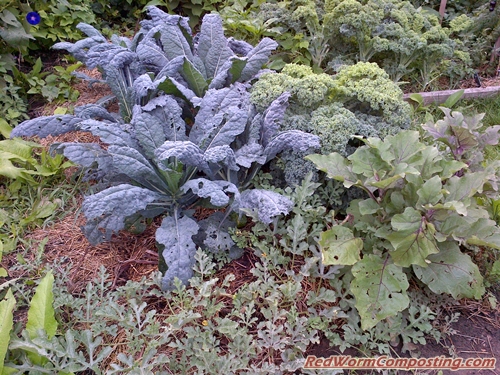 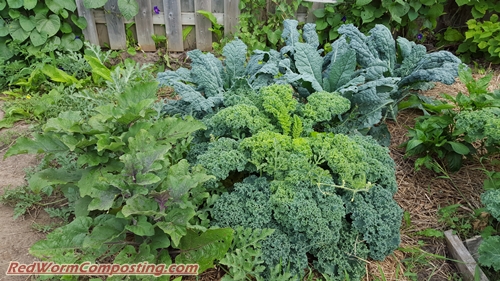 The plants in my trench bed are almost to the point of being out of control – pretty amazing considering how dismal they looked originally, and how late they went in! 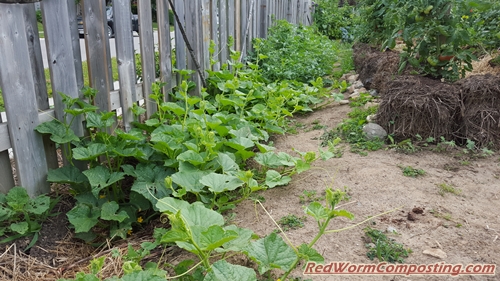 I’m starting to think that old vermicomposting trenches are pretty much the “ultimate” garden sites. Not only was there plenty of rich compost in there, but this low lying stretch receives a LOT of run-off when it rains.

What’s funny is I’ve done absolutely NOTHING with this bed (and next to nothing with the other mulch bed). Originally I had intended to keep adding mulch, and maybe some worm food (such as chick starter feed) – but I really don’t think it’s necessary at this point.

The tomatoes and the cucumber plants in the trench bed are both starting to take over the path beside the long bale bed (cucumber vines even venturing out through the fence in the other direction).

Will be interesting to see how things look in a few weeks!
😎