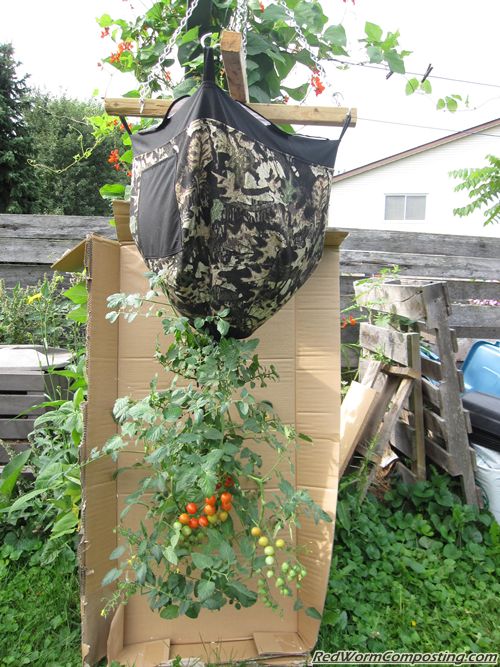 Hideous back-drops aside, it seems that this hanging tomato plant has done just fine.

As promised, today I want to chat a bit about my hanging (vermi) tomato gardens. Let’s start with a recap – back in July, when I was still trying to find “homes” for the last of my 30 + Tomatoberry plants, I decided it would be fun to try out some hanging vermi-tomato gardens. The first system I set up was a regular hanging tomato planter, while the other was a kooky system created with an old Camo Worm Inn (see “Worm Inn Tomato Garden?“). In both cases (especially the Worm Inn system) the plants had been sitting in small pots for too long, and were starting to show signs of stress – so, I wasn’t really sure what to expect.

Both plants seemed to bounce back quite nicely from initial declines (you try hanging by your feet for awhile and see how you like it! haha), and looked as though they might do well over the long haul. Since then, the Worm Inn plant has definitely emerged as the “winner” of the two, however, still looking good and continuing to grow. 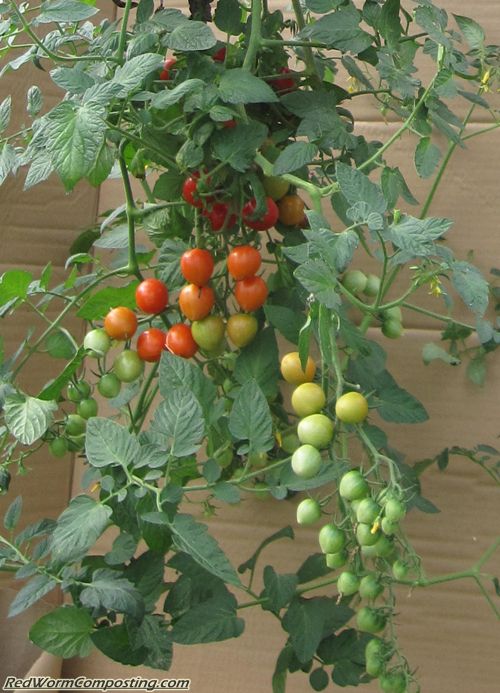 The plant in the smaller system basically reached a certain size (fairly small) and started gradually going downhill from there. It has produced some ripe fruit already, but all in all, the performance of this plant has probably been worse than even the mostly sickly of the bucket plants. 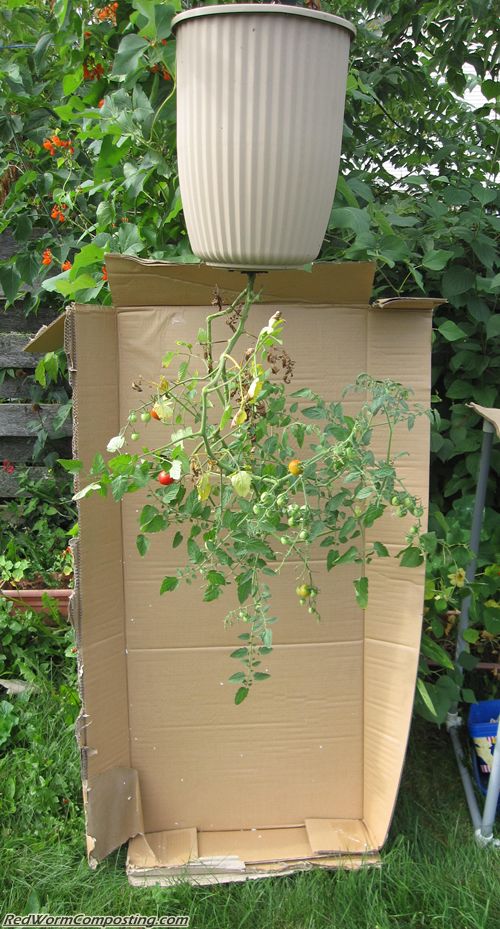 Again (as with the bucket systems), I can’t say that this is TOO surprising. There is really no comparison between the Worm Inn and the small plastic planter as far as promoting good root health goes! The Worm Inn holds much more material, and is also a lot more “breathable” than the other container.

There seems to be at least some sort of worm population in both of these systems (worms actually seem to be doing very well in the Worm Inn), so I’ll be keen to take a closer look once the plants are finished (should be very soon for the plastic system).

Next year I will definitely set up both of these hanging planters again, but I will more than likely try a different variety of tomatoes, and will set up the normal planter the way it was intended. I will also make sure to start with smaller, healthier plants!