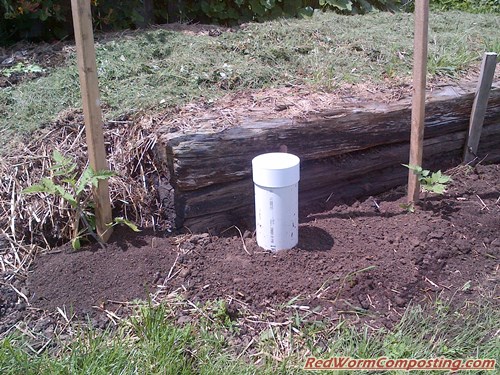 It seems that 2013 is shaping up to be the season I finally get around to trying all the things I’ve been meaning to try!
(ok, so there are still a million other things I want to try, but we’re making progress anyway…)
😆

Yet another system I’ve wanted to test is of course the “Worm Tower“. It’s a very simple idea, but it has always appealed to me since it can be an effective way to employ the “power” of composting worms directly in your gardens.

I recently created 5 towers from a single 10 ft length of 4″ diam. perforated PVC sewer pipe (plus caps). I would have preferred something a bit wider than 4″, but larger sizes don’t seem to be readily available (and those that are seem to be considerably more expensive). The one nice thing about this size, though, is that I definitely don’t need to worry about taking up too much space – one potential downfall of my “Verm-fertilization & Watering System“. 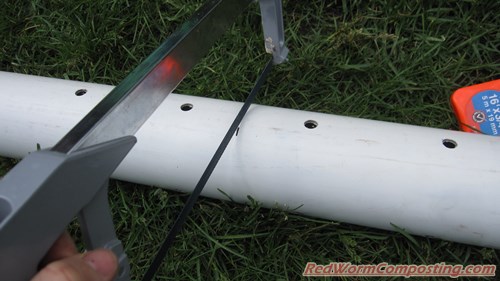 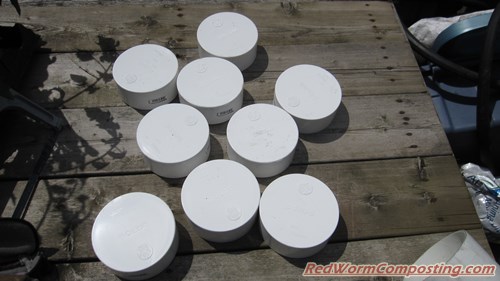 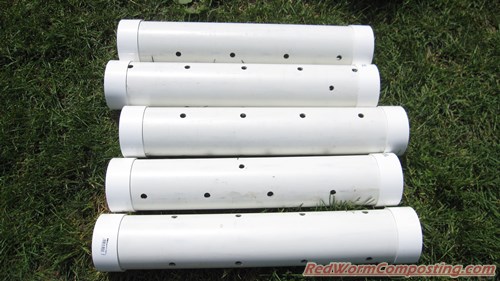 I really like the size of the holes in this type of pipe, but I was a little bummed to see that there were only a couple of rows of them. As such, if you decide to use the same pipe, my recommendation would be to drill some additional holes – at least if you want plant roots to be able to access the tube from all sides.

Apart from drilling some more holes in the pipe (I’ve only installed one tower so far), I also drilled some in the caps. Similar to my Vermi-Fertilization System, I want some rain water to get in so as to help keep things moist. One note of caution – if you happen to use a similar type of cap, you may want to put it on very loosely. As I discovered, these caps can be very difficult to get off if you give them too much of a thump putting them on. Perhaps something like Vaseline around the inside rim would help to remedy this? 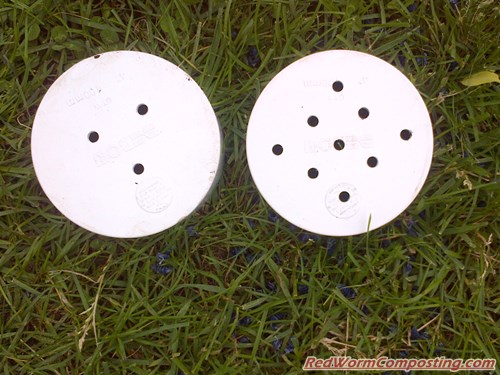 I decided to place my first tower in between a couple of my tomato plants to see if it would have a positive impact on their growth.

I started by digging my hole. I didn’t go too crazy with, but it was deep enough so that more than half of the pipe ended up submerged (as you can see in the first image above). 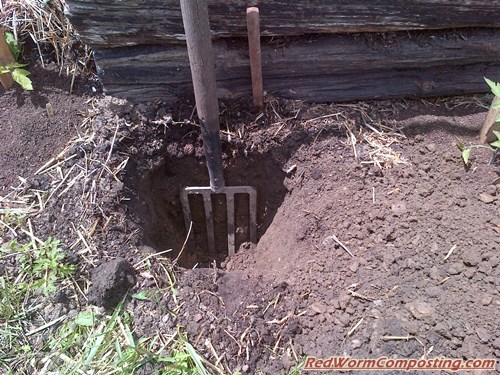 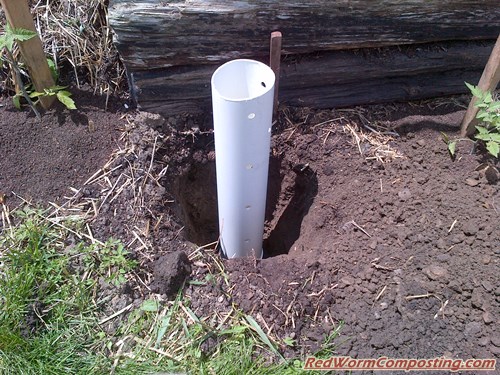 As I did with the vermi-fertilization bin, I filled the space around the pipe with aged horse manure. This was actually material from worm beds (most of the adult worms harvested), so there are plenty of juveniles and cocoons already in there. I also filled the pipe partially with the mix. 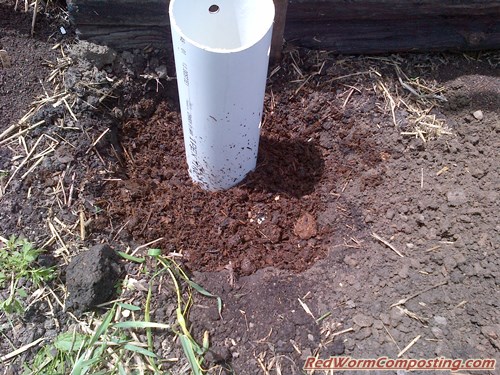 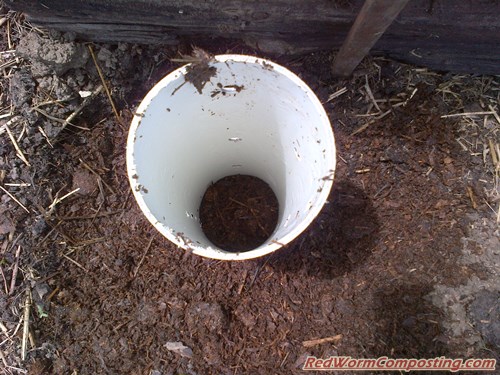 Lastly, I added a layer of soil over top of the outer manure layer and put the cap on.

I didn’t actually add any food waste when setting the tower up, but will likely do so today.

One down, 4 more to go!
I’ll be sure to keep everyone posted on my progress.