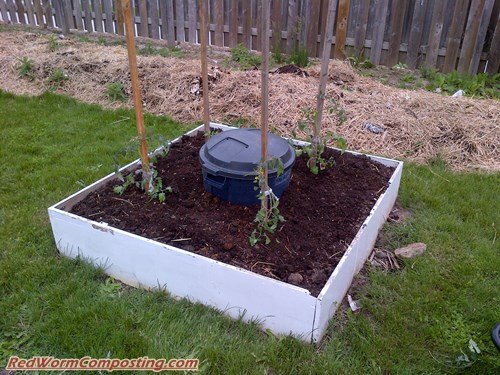 For years now I’ve had a wacky vermicomposting system design rattling around in my head – basically a submerged plastic garbage can (or something similar) with a lid and lots of holes in it. This was actually the “big idea” I had for dealing with all the food waste I was preparing to receive from a popular local restaurant back in the spring of 2008. If you want a synopsis of that backstory, be sure to check out: Vermicomposting Trenches Revisited.

Well, as it turns out, I DIDN’T end up trying this approach out back then. Instead I ended up stumbling (in a state of desperation! haha) on another important idea – the vermicomposting trench – something that has altered my own vermicomposting journey in a very big way!

Obviously, neither of these ideas were confined to my noggin alone – there have certainly been others who have written about composting trenches (as I would later learn), and I came across another cool system (similar to this garbage can system) – the “Worm Tower” – not too long afterwards as well.


Ok – so how did I construct and set up this kooky contraption?

First, I found myself an old plastic garbage bin that was no good for holding water or coffee grounds due to some cracks and holes in the bottom. 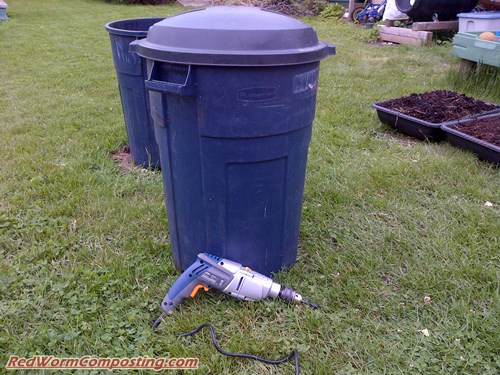 I then drilled 4 large holes in the lid. The idea here is that I want rain to get in, but I want it to be somewhat controlled. I MAY add more, but this is good enough for now. 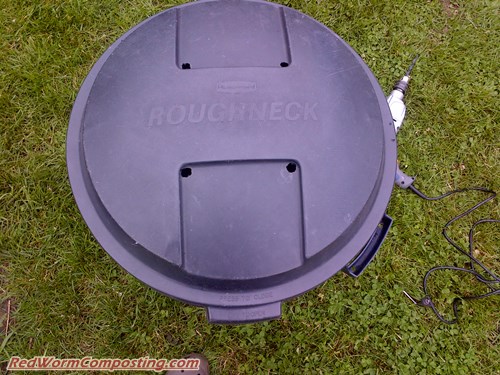 I then drilled some holes in the bottom. As you can see, things can get a little messy when you use a powerful drill, with the “high-torque” setting mistakenly left on! lol 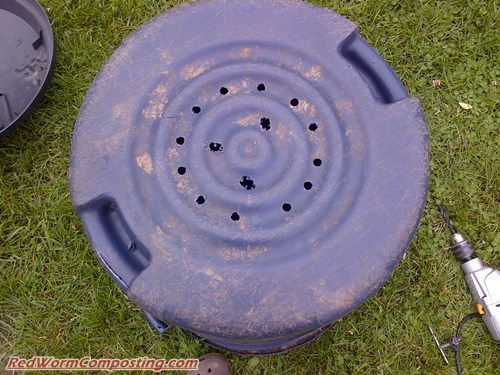 Then some holes all around the upper perimeter. As was the case with the pet waste system, this is primarily intended to increase air flow. 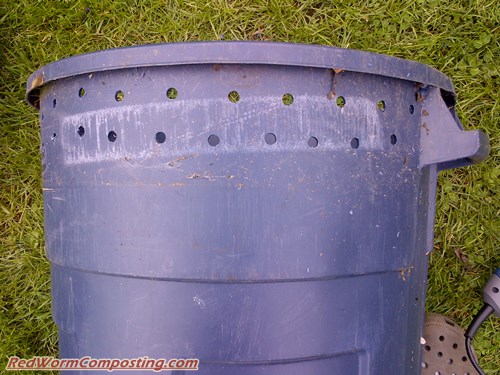 Next, I drilled 4 panels of holes in the sides…and yes, I just happened to be wearing Crocs, and couldn’t resist being a goofball when I saw the picture.
😆 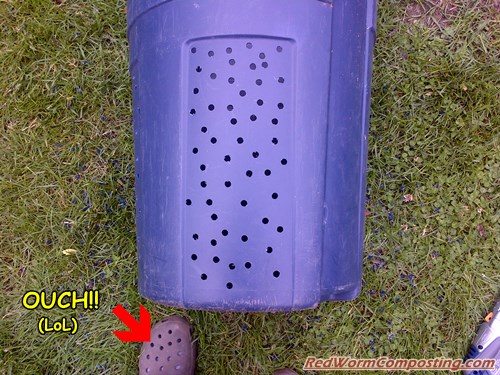 I decided to install this system in my small raised bed. As you can see in the image at the top of this post, it is a little on the “overkill” side of things, but given the fact that I was only planning to put 4 tomato plants in this bed anyway, it’s definitely not a big deal (I actually think this will be a great spot to test it out). 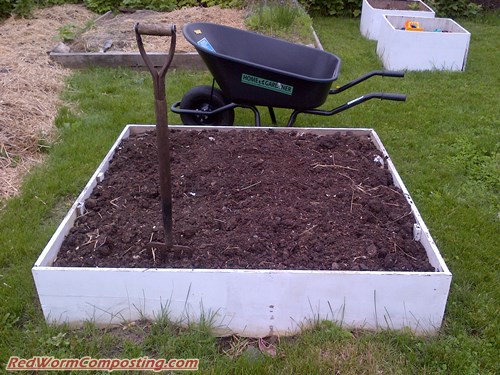 The first thing to do once the bin was ready was of course to dig the hole. For the sake of saving a bit of time and effort, I didn’t make it quite as deep as I would have preferred – but it was deep enough for all the worm/root holes to end up buried (once filled back in). 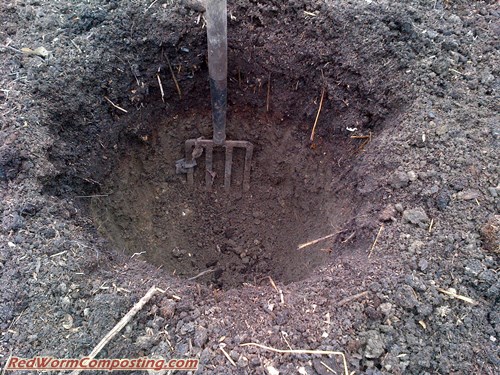 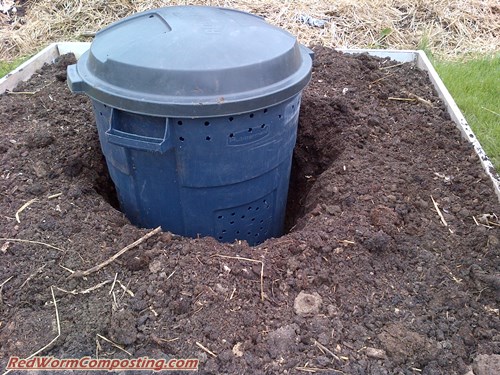 I left some space around the perimeter of the bin and filled it with aged horse manure. I think this should help to encourage worm movement in and out. 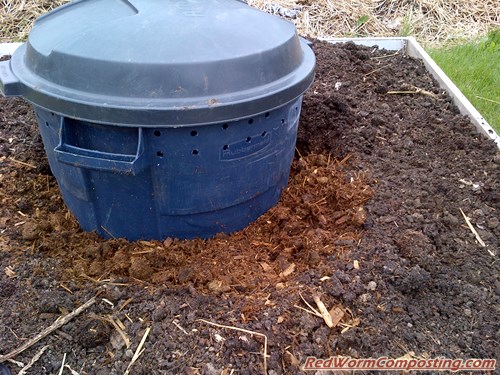 I then simply covered the manure layer with soil from the bed. 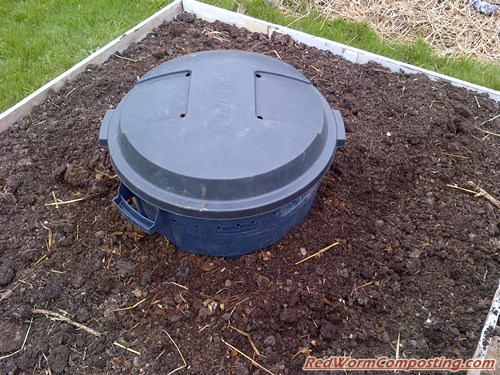 Now it was time to create the initial worm habitat. 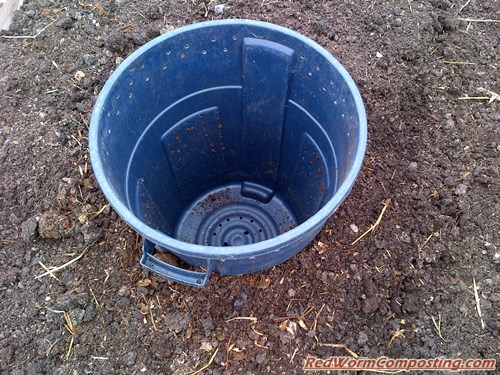 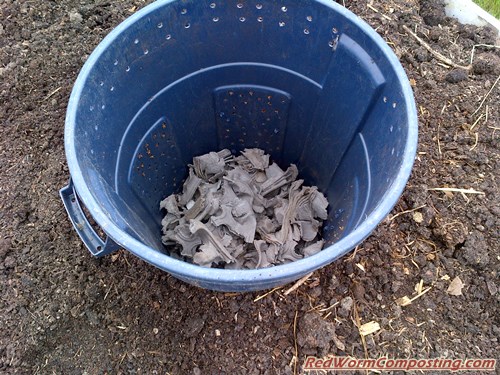 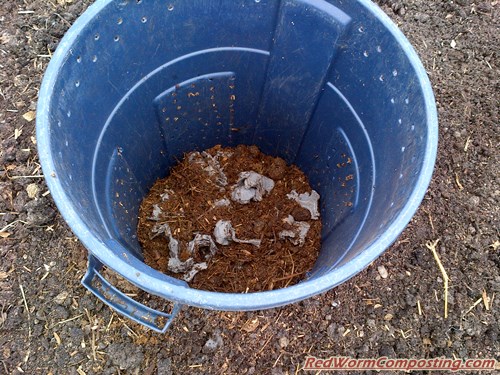 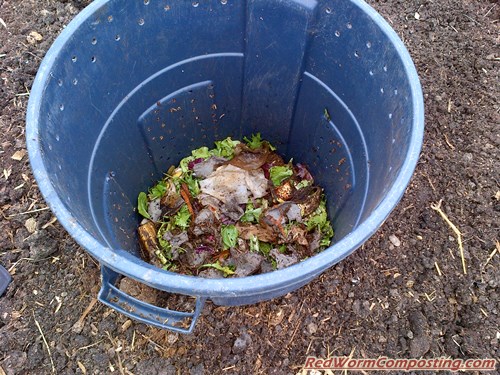 Then I mixed everything up. 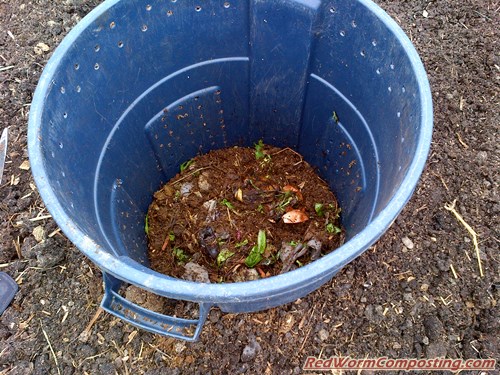 Next I added a lot more shredded cardboard, plus some rock dust, and watered it down really well. 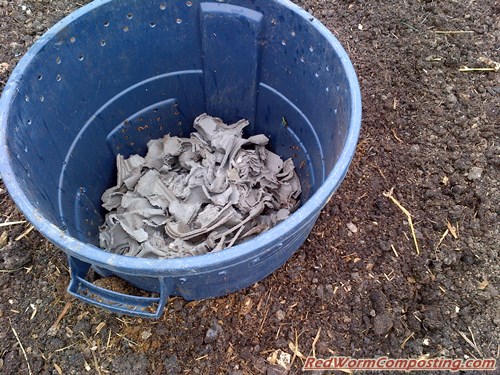 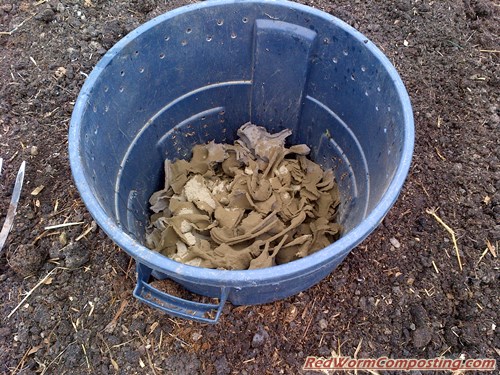 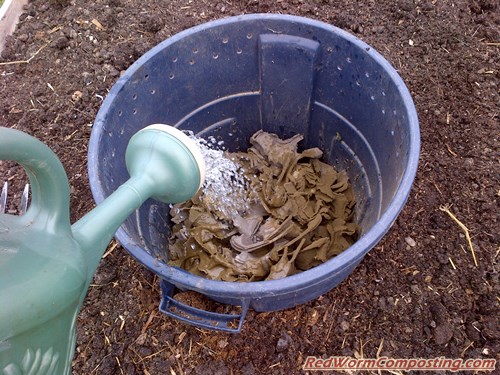 Lastly, for good measure, I added one final layer of aged manure! 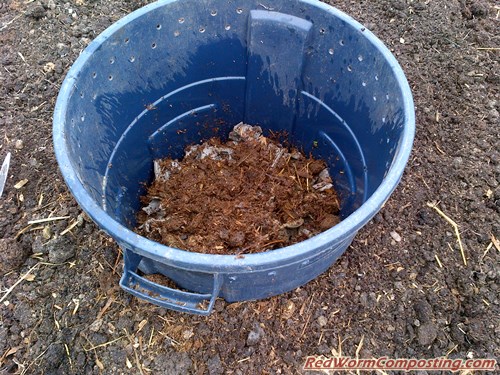 I decided not to stock the system with worms yet. For one thing, it’s probably not a bad idea to let things sit for a bit. Also, there are already lots of worms in this bed, so my hunch is that they will start to populate it in the meantime!

NOTE:
1) Obviously you could use a bin like this for something similar to the pet waste vermicomposting system, but again, my recommendation would be to NOT drill holes in the lid or the bottom.
2) As with all these types of subterranean systems, location selection is very important! This certainly wouldn’t be ideal in a location with a high water-table, or sitting in the side of a hill etc. As touched on earlier, I actually think something like a raised bed is a great place to put it. But you might want to find a smaller bin! lol

I’ll keep everyone posted on my progress!