As some of you may recall, a couple of years ago I decided to remove a large quantity of material from my sandbox trench and basically start fresh. It was a really interesting experience, and I ended up with a large quantity of beautiful, rich “black gold”. I ended up using it as a sort of compost-mulch for my raspberry bed.

Earlier this week I decided to do it all over again, after noticing that the bed was no longer supporting nearly as many Red Worms (yet there were loads of soil worms), and that the material was looking very well processed and ready for use. I was also in need of some place – somewhat separated from the rest of my outdoor beds – where I could put material containing a LOT of Euro cocoons. 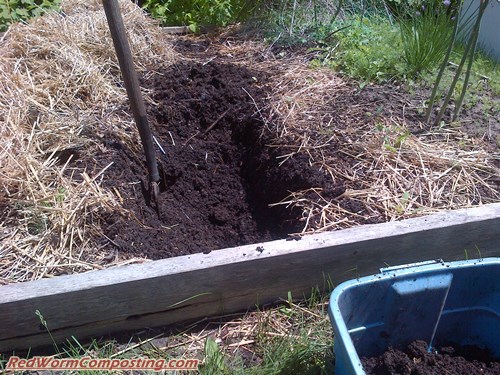 I put a lot of the material in my raised bed (which was definitely in need of a boost). The rest of it was spread over the raspberry bed. 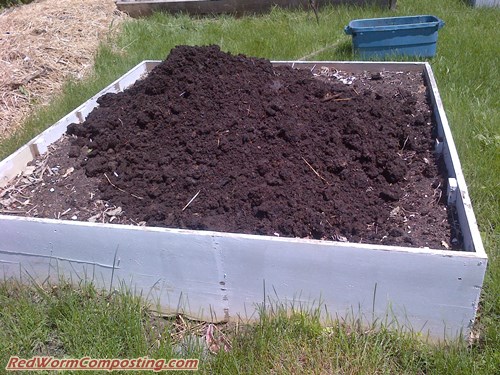 As I often do with new trenches, I started by lining the bottom with cardboard (in this case, corrugated cardboard). Next, I added multiple bags of mixed kitchen waste + some additional coffee grounds (I pick-up weekly from a local coffee shop). I mixed it with some rock dust and watered everything down. 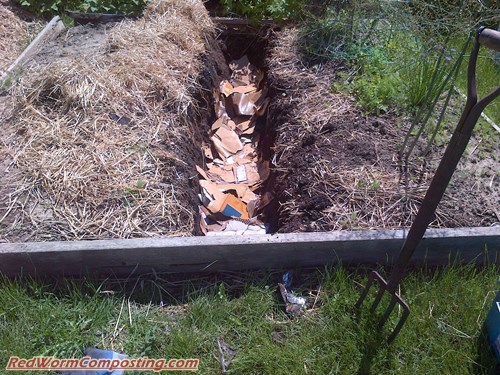 Then, I simply filled it up the rest of the way with aged manure bedding left over from harvesting my “Euro-Red Mix” (a worm mix I sell up here in Canada). 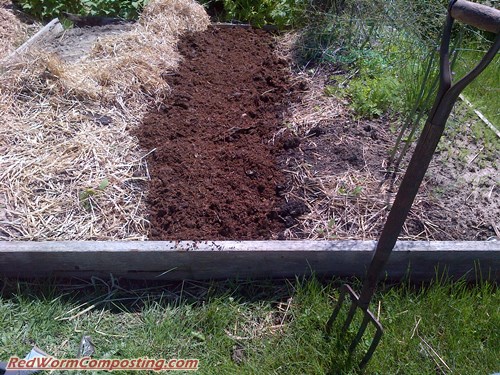 I have a lot of comfrey growing this year, so I decided to chop some up and add it over top. This should act as an extra layer of protection (helping to retain moisture) in addition to being a slow-release food source. 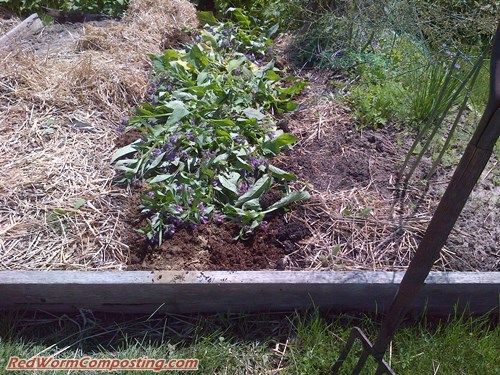 I seem to recall adding more rock dust along with an upper layer of straw, before watering down again. 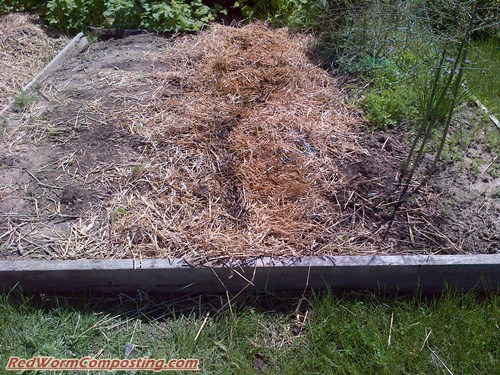 Should be interesting to see how quickly a thriving population of (composting) worms develops again!