It’s been nearly a month since my last “Worm Inn vs Plastic Bin Challenge” post (see below for links to all previous posts in this series). I haven’t really done anything else with these systems during that time. As I’ve discovered with this project (and in general with RWC projects), when I make things “too complicated” (for my simple mind, anyway – haha), inevitably I end up doing nothing!

In this case, the major issue is that I decided I needed to add the exact same food materials, in (nearly) the exact same quantities, to each system. This obviously makes sense – in theory – but the problem is that it takes a long time to accumulate enough of any particular material (and is a hassle to have multiple waste collection bags etc).

Anyway, griping aside (will revisit this conundrum in a minute) yesterday I decided to get things moving along again by adding a lot of moistened, shredded cardboard, some banana peels, and even some more worms to each system.

As you might imagine, there was no sign of food in either bin, and it looks like the worms have been munching on the bedding materials as well. I was able to find loads of cocoons in the plastic bin and the worms certainly looked healthy. It more challenging to dig around in the Worm Inn so I didn’t explore too much – but based on what I did see, it looked like a similar, yet somewhat drier, situation. 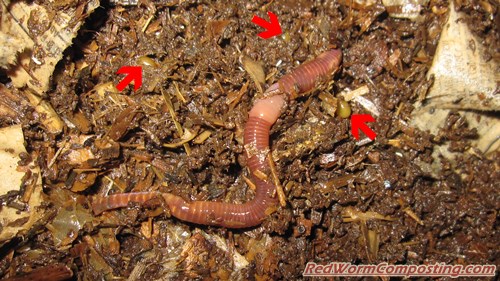 Each system received 2 kg (4.4 lb) of moistened, shredded drink-tray-cardboard. Obviously, it wouldn’t have been nearly this heavy if it had been added dry. 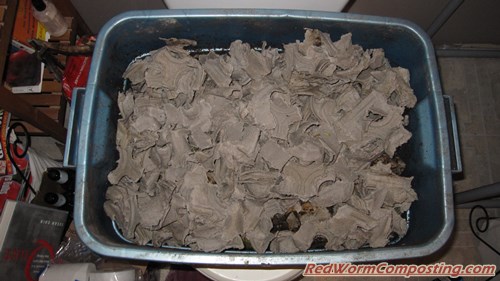 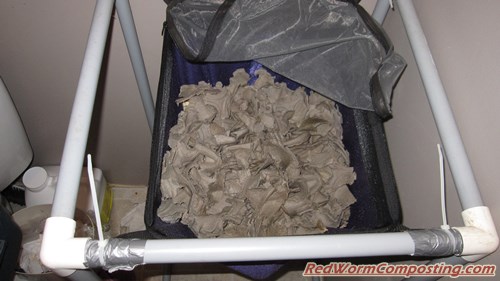 As a bit of a twist on the worm front, I decided to add 50 European Nightcrawlers to each system, rather than adding more Red Worms. I figured since I was giving these worms a second chance in my WF-360 stacking bin, it was only fair that I try them in a Worm Inn again. It will be very interesting to compare how they do in the plastic tub system vs the Worm Inn. 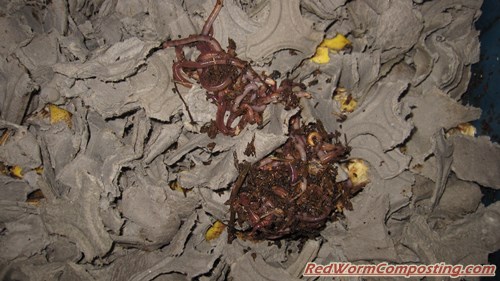 Getting back to my feeding conundrum…

Rather than continuing to neglect this project, I am thinking the most realistic approach will be to create food mixes that are as homogeneous as possible (by chopping and mixing really well) – and simply add equal amounts to each system. Even if the particular food materials going into each bin differ somewhat, over time it should average out.

Starting this week, I definitely want to really ramp up my feeding efforts, so as to finally put these systems to the test.