Neil from Maryland (our new RWC VB24 correspondent – lol), has submitted journal entries from his first week or so of VB24 use. Today’s post will solely be dedicated to his “Day 0” entry since it was pretty substantial. It explains how he initially set up the bin in preparation for the arrival of his worms.

I will post his Day 1-8 entries either tomorrow or early next week. Moving forward, Neil will shift to a more periodic type of update (i.e. obviously he won’t be sending in journal entries for every single day! haha) – but he wanted to make sure we were familiar with how things got started for him.

I completed the construction of my Vermbin24 yesterday, (I put together a photo-journal of the process which is available in the members area for those who have purchased the VB24 plans) and since I’m expecting the worms to arrive tomorrow, tonight is the night to prepare their habitat.

I knew that the worms were going to arrive soon after the completion of the bin (1 day after, actually, if USPS delivers on time.)  It is recommended, however, to let the food and bedding sit in the VB24 for one to two weeks before adding the worms.  To deal with this issue, I had a mixture of organic waste–consisting mostly of carrots, bananas, and coffee grounds along with other food waste from the kitchen–rotting in buckets outside for 3-10 days prior to the arrival of the worms.  I also mixed some shredded cardboard with the food in the buckets to make sure that the C/N ratio didn’t get too low. (For basic info on C/N ratios, try this website: http://www.composting101.com/c-n-ratio.html)

Here is the food mixed with a little bedding (about 2/3 of a 5 gallon bucket): 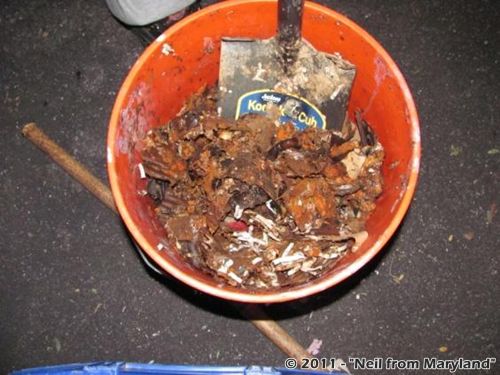 Let’s take a look at how I created the habitat.  First, I covered the false bottom with 2 layers of cardboard. 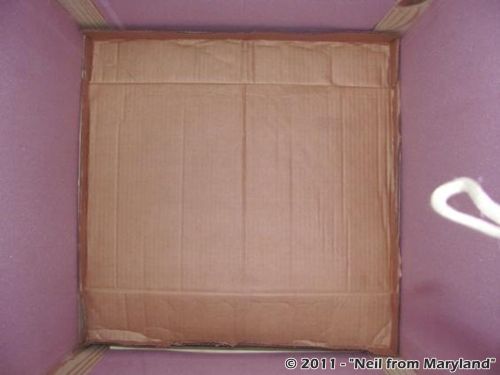 Then I added newspaper–about five layers thick. Both the newspaper and cardboard wrapped up the sides of the bin. 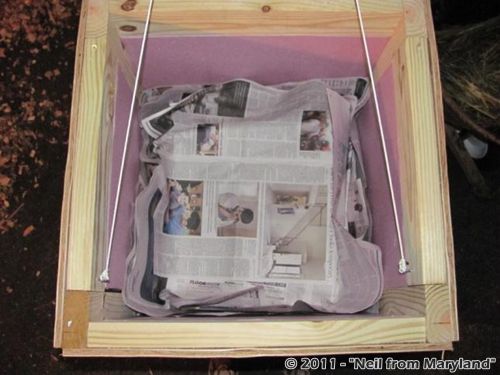 Next I added the bottom layer of bedding. It consisted of small pieces of cardboard, shredded paper, compost—consisting mostly of leaves—from the backyard (shown on the shovel) and some soil from the garden (not pictured here, but I sprinkled it on top). 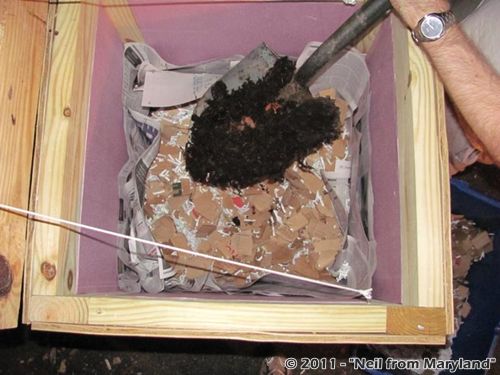 Then I added a layer of food. 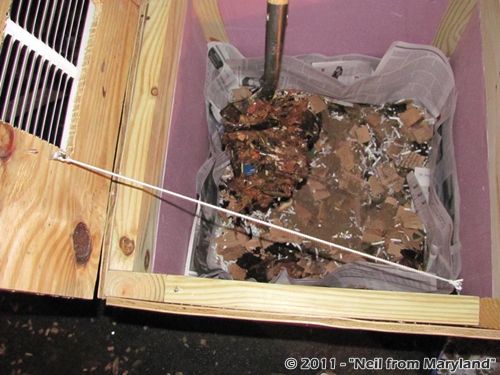 (pictured above: food on the shovel) 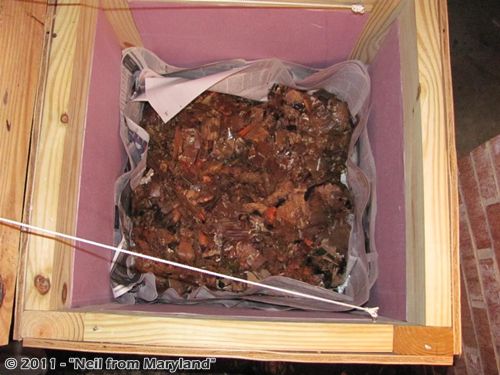 (pictured above: food spread out over bottom layer of bedding) 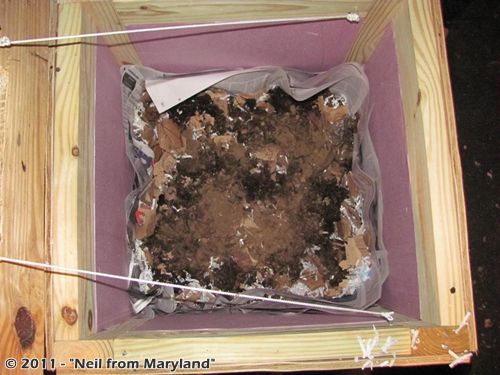 Then another layer of food… 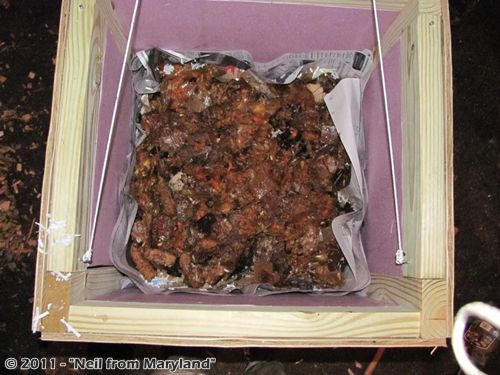 Another layer of bedding… 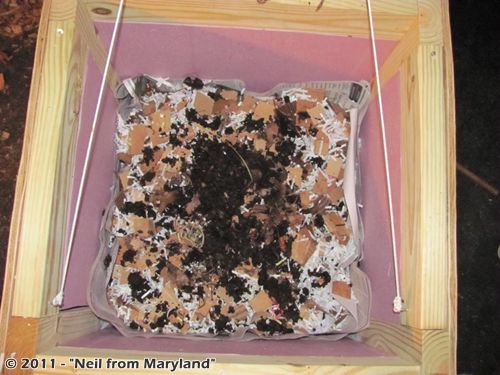 And lastly some old, rotting hay to top it all off: 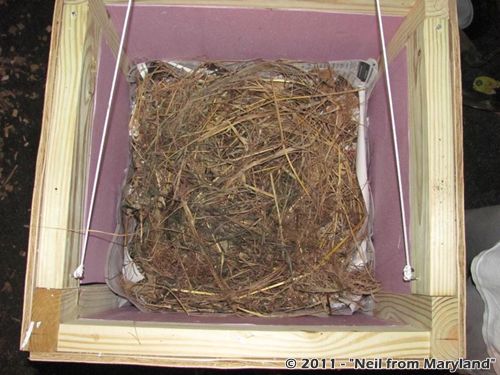 In retrospect, I shouldn’t have added the soil, and I should have used newspaper in lieu of white paper.  If I had fully read Bentley’s (“Incomplete“) Guide to Vermicomposting before creating the habitat, I would have learned that adding soil can introduce new critters to the system.  I’ve noticed a few bugs in my VB24, and I believe they caught a ride in with the soil.  As Bentley also discusses in his Guide, newspaper should be used in lieu of white paper.

I did, however, add PLENTY of bedding to ensure that I did not make the beginner mistake of not providing enough of it.
(Note: This is just how I created the habitat in my VB24. As I continue to post new entries of “Neil’s VB24 Journal,” I will give updates about how my worms are doing, but this journal entry is in no way an “official” guide to building the habitat in a VB24)