As touched on in my last “Beast” update, I decided that my VB48 system was in serious need of an overhaul. I thought I might get to it sometime in the spring, but turning it into a fun business project (also touched on last time) has motivated me to get going with it a fair bit sooner.

For one thing, there are plenty of people up here (in Canada) getting in touch about buying composting worms, so I knew it wouldn’t be hard to sell off any bags of worm mix (aka “worm culture” – be sure to check out my recent worm business podcast/report if you are not sure what that is) I can prepare*. I’ve also decided to start making/selling seed balls (and related products) up here in Canada – thanks to the inspiration and assistance provided by Dr. Blake Ketchum – so having a supply of nice vermicompost will definitely help in that department.

I started with the two catch bins sitting down below the VB48. I placed the tubs under a lamp (one at a time) and simply scraped away material from the top. The really coarse/unprocessed stuff was immediately separated (and I’ve been adding it to the Worm Inn Mega) – the rest of it placed in a bucket and periodically screened to ~1/8″ using one of my “Super Simple Vermicompost Screeners“.

I’ve been blown away by how beautiful the screened material is. So far I have filled a large plastic garbage can about half-way with the stuff – already more than enough to make countless seed balls etc. 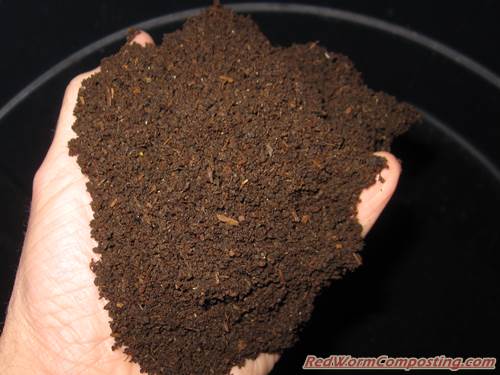 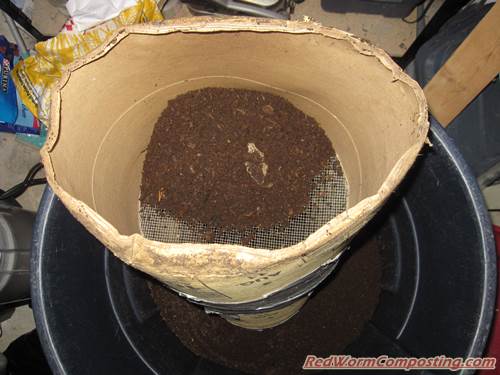 The coarse screen-separated material has been collected as well. It could easily be used as a nice mulch or compost in my garden or in potted plants, but I am stockpiling it for use as a “living material”, primarily for creating optimized worm food mixes. 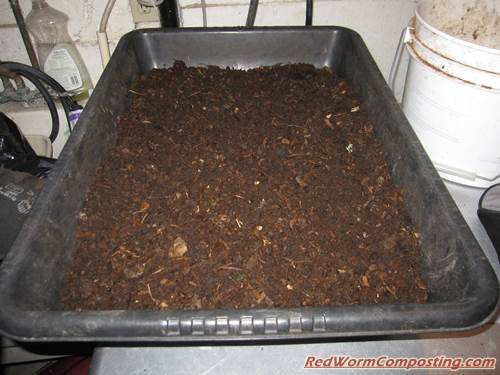 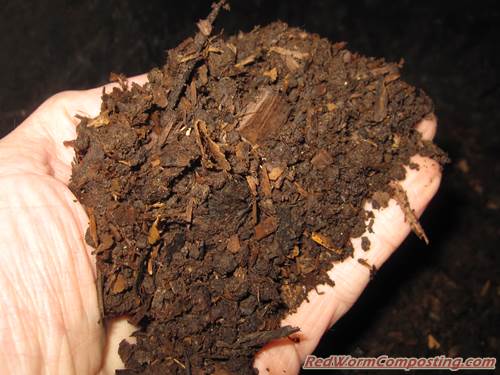 I would say that I have processed about half of the material in the bin already (the image below is a bit misleading – but, FYI, the hand fork is touching the false bottom). From that I have been able to harvest 10 bags of really rich worm mix. I will likely end up with another 5-10 by the time I am finished with the VB48 (the catch bins were especially loaded with worms, so that’s why I won’t likely get quite as many from the rest of the bin). I’m sure I’ll have no trouble filling the garbage can all the way with screened vermicompost, and I should end up with a heaping mound of the “living material” in one of my concrete mixing tubs as well. 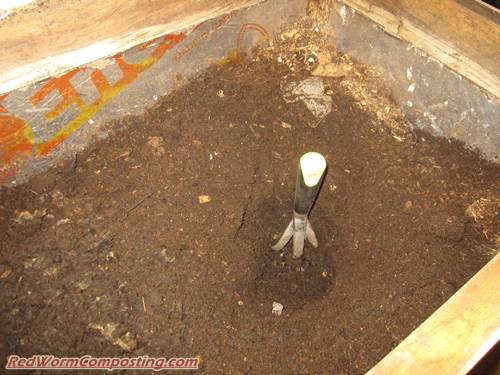 Obviously, this isn’t QUITE how the VB Series bins were intended to be used – lol – but I’m not going to feel too guilty about it! I’m still getting loads of beautiful vermicompost – and even a bountiful supply of worms that can be sold (this certainly isn’t the only time I have harvested worms from the system).

Next time around I will definitely do things a bit differently (less of a false bottom etc) so I can actually test it out as a flow-through system.
Stay tuned!
😎

*All Red Worm Composting worm orders (reserved for U.S. customers) are fulfilled by U.S. suppliers. My Canadian business is a separate venture altogether.