It’s been almost exactly two and a half years since my last VB48 update! Although I did set the system up again after that (my last post talked about cleaning out the bin), it has been used almost exclusively as a holding bin for the worm mix material I sell up here in Canada.

Seeing as it is currently my “off season”, and since I’ve been feeling pretty vermi-inspired lately, I thought it would be fun to finally start using it as a “normal” worm bin (aka Compost Guy experimental bin – so likely not normal at all! haha) once again.

The first thing I did (another day earlier in the week) was harvest a big bag of living material (in this case, A.K.A. unscreened vermicompost) for use in my Worm Inn Mega system. This was accomplished via a basic “light harvesting” approach.

You can see in the first image below that the overall level of material in the bin was quite low once I was finished. It probably doesn’t look all that exciting, but I can assure you there are loads of small Red Worms (along with other composting critters) down in that dark material. I am actually really eager to see what sort of worm densities I will find in the system once it really gets going again!
😎 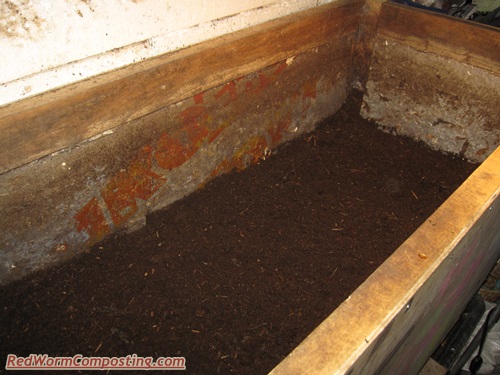 As is usually the case when setting up any sort of vermicomposting system, I started with a layer of dry bedding (shredded corrugated cardboard). 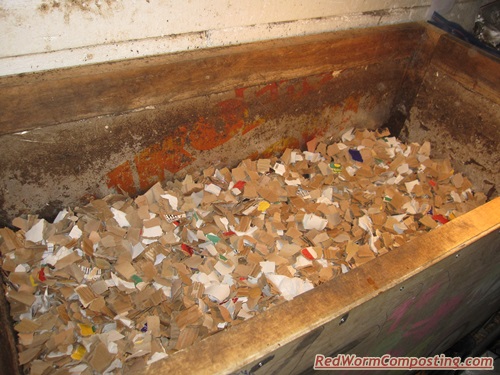 Next, I dumped in a bunch of frozen food scraps that had been sitting out in the snow on my deck. I didn’t weigh the material, but my rough estimate for total weight would be somewhere in the range of 5 to 10 lb. 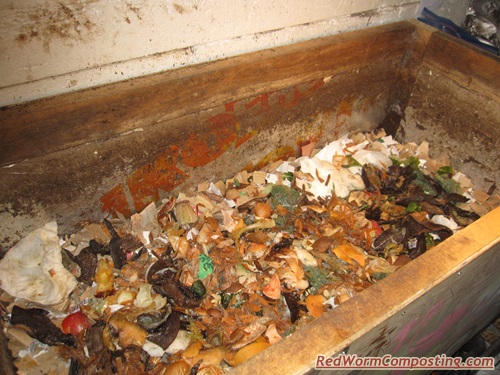 After that I mixed in some of that same lovely living material I had previously removed from the system – lol. This is a great way to kickstart the decomposition of the waste materials – while also serving as a pretty effective odor sponge, in case some of the wastes (such as cauliflower and kin) give off some funky smells before the worms start processing them. 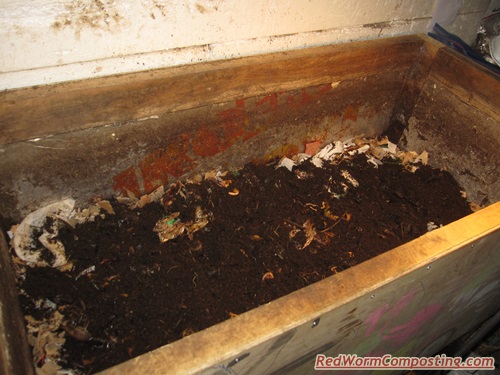 I topped everything off with a cover layer of “scrunched up paper” bedding (as some of you may recall, this is going to be my main bedding in the Mega) since that’s basically all I had left. 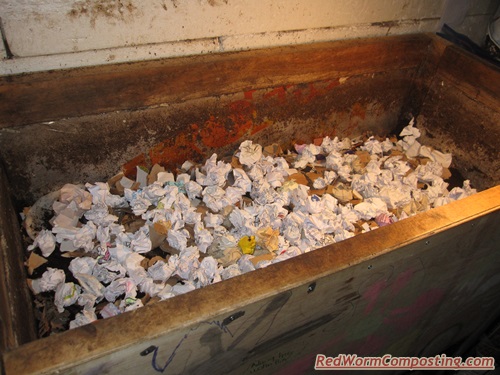 Lastly, I put the garbage bag cover I’ve been using back over top. 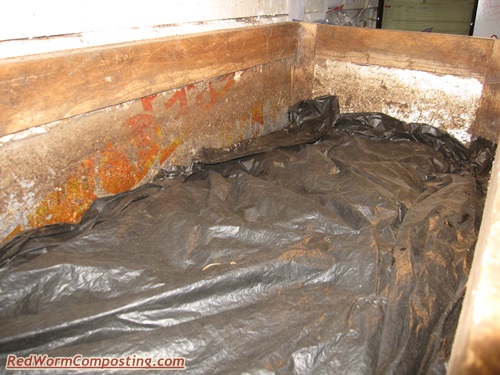 I thought it might be fun to try feeding this system fairly heavily early on, before switching over to a bedding-only diet for the worms. As some of you will know, I’ve been fascinated with Brian Paley’s “100 lb of worms in a single room” concept for quite some time now, so I was thinking I might try something along the same lines (as what he did with his large indoor system).

Whatever the case may be, I will definitely keep all of you posted!

NOTE: To avoid confusion relating to my friend Brian Donaldson’s “Beast” flow-through bins, I will no longer be using that nickname for my VB48 as I have for past updates. I’ll just call her VB48 (“Veebs for short”? haha) until such time as I come up with a better name – assuming I feel the need to do so. ** It's a Great Time to Get Serious About Worm Composting - Save $30 on the CG "Ultimate" Package - Click >>Here<< to Learn More. **
Previous Post